With San Diego Comic Con around the corner, toy companies are beginning to unveil their exclusive releases. Even though most people won't be able to make it to the extremely sold out event, eBay has become the only option for a lot of us and everyone knows it, and because eBay prices are almost always way too high, this section ends up as mostly a tease... Sorry. But thankfully these companies have realized all the hype does make non attendees hungry for a good collectible, so I've also included some IndieGoGo offers Huntress dug up and standard upcoming releases. 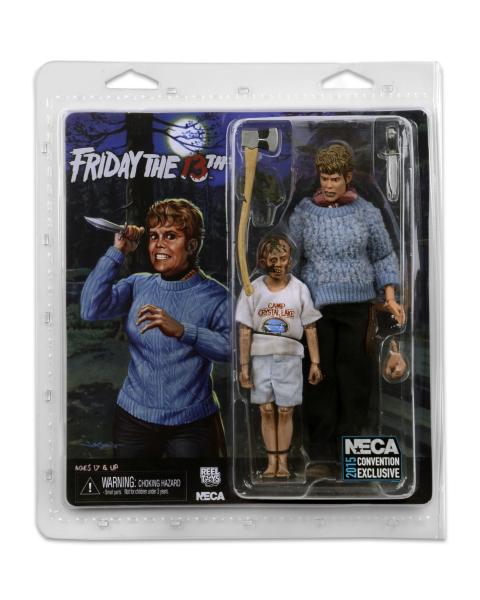 Pamela Voorhees and young Jason are easily one of the most hyped NECA releases this year. For $50 at Comic Con you get 8" tall Mrs Voorhess (with equip-able ax and knife) and 5.5" tall, young Jason Voorhess. Both are dressed in cloth clothing and come in the awesome packaging seen above. This will most likely flood eBay for around $80 after the event, so start saving now. 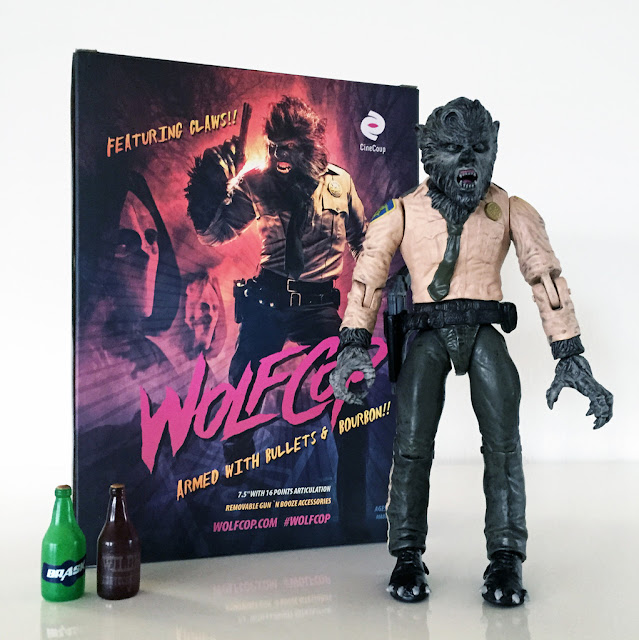 Next is WolfCop! WolfCop 2 had a very successful IndieGoGo campaign and they now have these awesome toys to show for it! Far from cheap at $89.99 these figures are for the true collector only.
And for the real hardcore Wolfcop fans, head over to the IndieGoGo page now and you can get your hands on a special WolfCop that comes with his beer, bourbon, an Electric Gold Plated Badge and Pewter Gun. The IndieGoGo Limited Edition had only 100 created and 30 made available through the campaign, which at this time only has 5 days left! 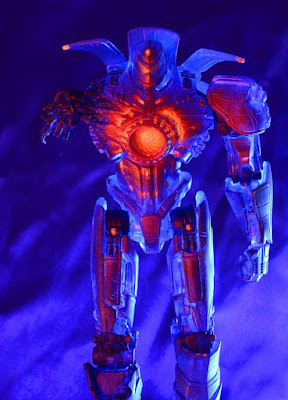 This very blue Gypsy Danger is a NECA, Toys R Us exclusive. The Antiverse Gypsy Danger will be 7" tall and available sometime this summer. If you're wondering about the missing arm, this figure is of course from one of the final scenes in the film and to avoid spoilers I'll leave it at that. 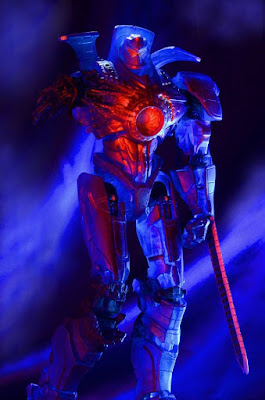 I personally love that sword! 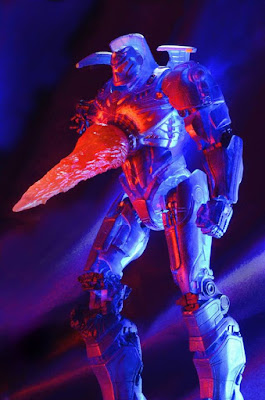 Comes equipped with a plasma blast!! 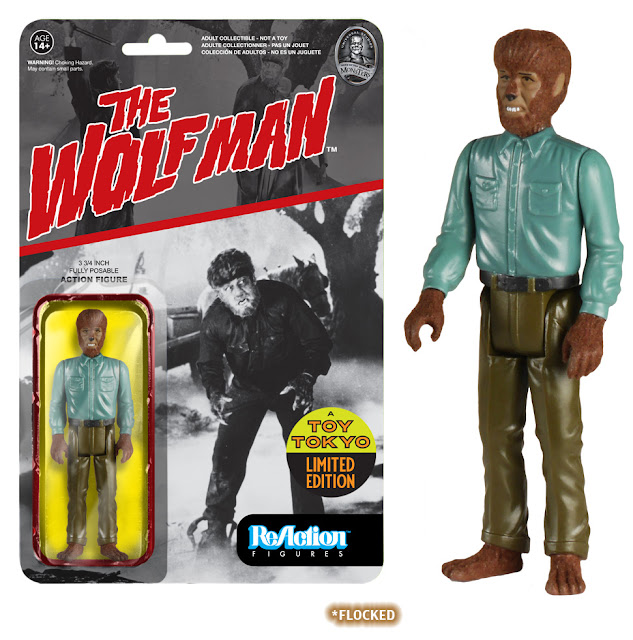 The Toy Tokyo booth will be carrying this ReAction Wolfman figure at SDCC. I myself am not a huge fan of the retro figures coming out lately, I need articulation and better sculpts, I also think they are over priced. Having said that I own 4...
(The *flocked means it's furry!) 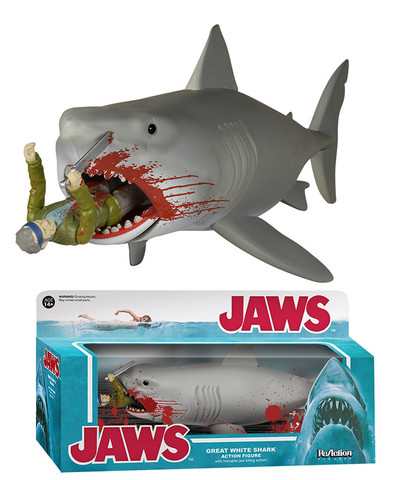 This SDCC Exclusive Jaws comes with a Quint snack but has the size (10 inches) to eat any other ReAction (or Star Wars) size figure you'd like. They have another version of this Jaws (minus the blood and Quint) that didn't sell too well and can be found every now and then for a reasonable price. 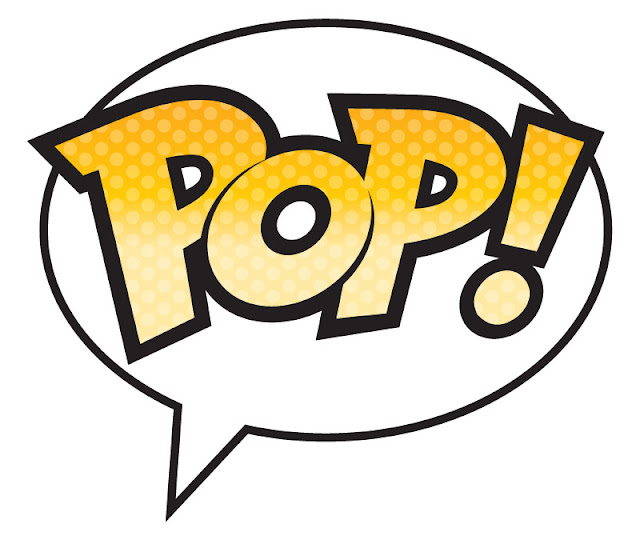 Love them or hate them, Funko's Pop vinyls are everywhere and all inclusive. TV shows to films, video games to animation, the Pop figures have something for everyone. Horror fans also have dark characters spanning the media spectrum and Funko does a good job wrangling the evil, be it on one of the million horror TV shows out now or burried in the film vault forgotten to all but the die hard fans. I may be exaggerating a bit but if they keep going as strong as they have, its only a matter of time. 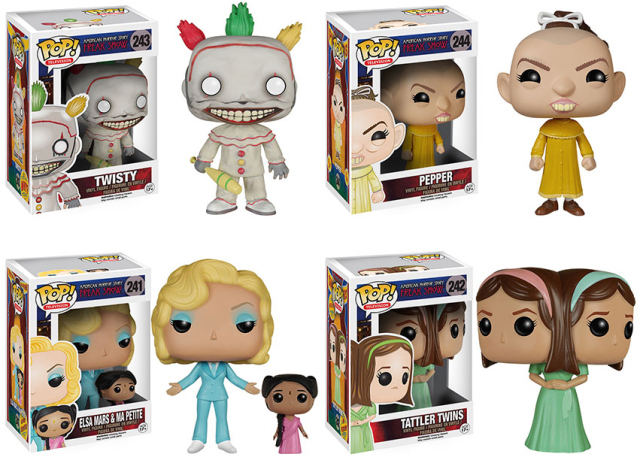 American Horror Story has been on a hot streak and Funko hasn't missed a beat. These season 4 pops have been out for a little while now but need to be shared here just in case you may have missed them. Elsa Mars and the Twins have the most unique releases from Funko to date. Elsa Mars is basically 2 pops for 1 as she comes with Ma Pettite and the Twins have a unique sculpt that may never be used again. Not to mention Twisty is yet another scary clown, making the total scary clown count raise to 4 (if you count The Jokers henchman). This is exciting stuff! 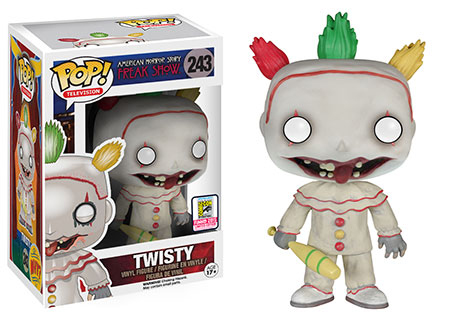 This is the unmasked Twisty another SDCC exclusive and definitely the one I'll be searching eBay for. Twisty is really one of the best examples of the magic behind the horror pops. Other pop figures are just cutsey sculpts of cute characters, which is pretty boring. The horror pops on the other hand take gruesome often unforgivable characters and make them adorable. I could see someone thinking this Twisty pop was the cutest thing ever, just to be traumatized by his character in the show. 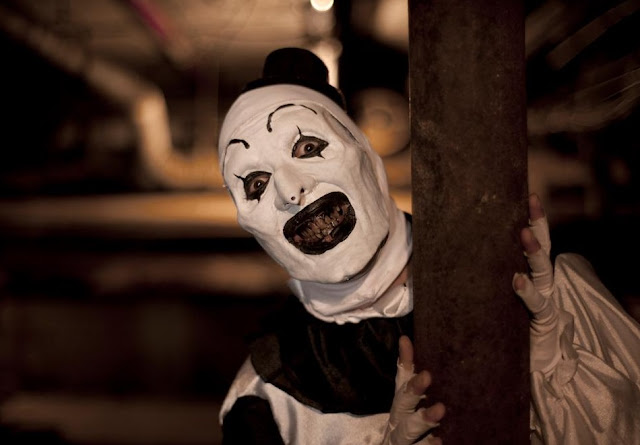 Say hi to Art the Clown from the film All Hallows Eve. He's currently trying to be come a Pop figure through the Terrifier IndieGoGo campaign. If you jump into the $350 donation, you'll receive a digital download of the new film and soundtrack, a signed copy of the DVD (signed by principle cast and crew members!), and a custom Funko of Art the Clown, designed by Director/FX artist Damien Leone! Now if you are skeptical about custom pops check out the custom Twisty next to the SDCC exclusive... 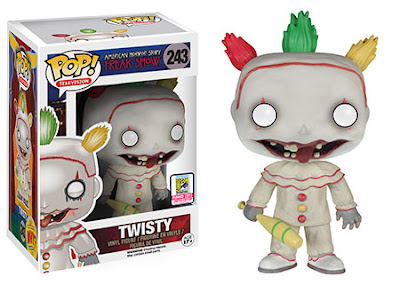 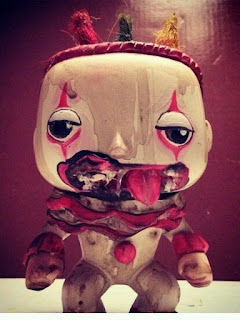 Most custom pops tend to be more graphic or simply less cute.

The custom Art has yet to be purchased and there is only 10 available, so hurry over to the campaign page and be the first (Wait too long though and I'll be the first)! 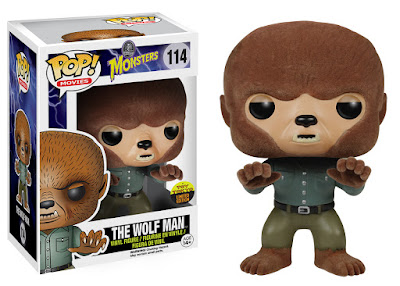 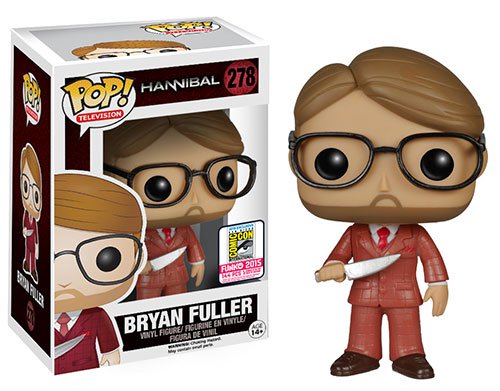 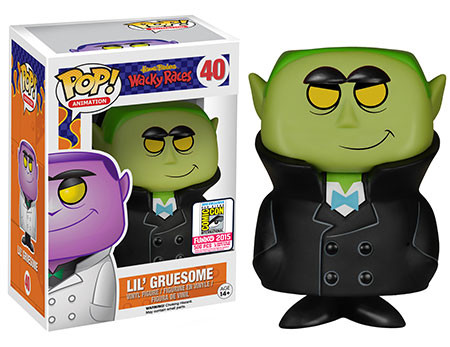 SDCC Exclusive Lil' Gruesome from Wacky Races will appear in several different colors and all at Comic Con... 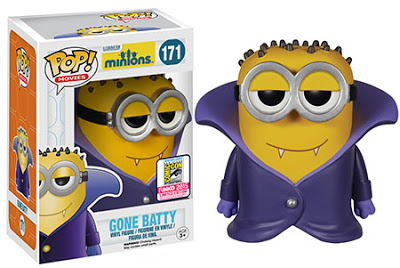 Now before you get excited to grab a few horror pops you missed out on or bummed out that the ones you already bought now come in a cool tin, you should know that these are Pocket Pops. Smaller and much cheaper ($14.99 per tin), these pops come in sets of 3. I honestly think this new size will only be worth purchasing if you open your pop figures, as you could display many more on a shelf or even load them into a shot glass display (I have pictures of vinyls in my shot-glass display on instagram). 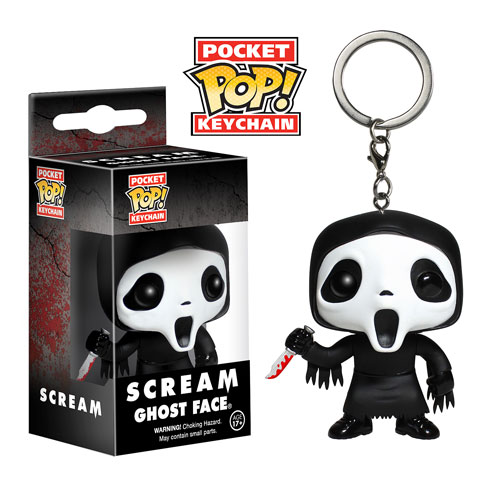 And last but not least we have Funko Pop Key-chains. These aren't new but are pretty overlooked, so what better of a place to show what might be the most practical pop to date. I myself could often careless about key-chains but there are definitely some pop figures that I enjoy so much that I'd love to carry it around with my keys. It seems like almost all of the pop collections have crossed over to key-chains, so if you have a favorite go check it out.

If you end up attacking eBay for a certain figure, hit up our instagram and tell us about it. Or you can always comment below... 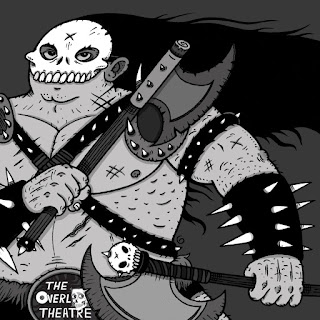