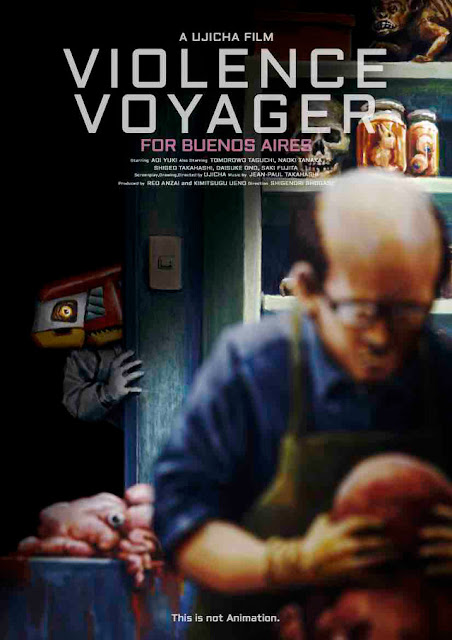 Violence Voyager is a film that commits entirely to a single sadistic vision, and sticks to it throughout. Two children, Bobby and Akkun, leave to spend time with a friend, and on their way encounter a run-down amusement park named Violence Voyager. The gist of the park is a game where they spray squirt guns at cutouts of aliens that reportedly spit a highly caustic liquid at their victims. Before long, Bobby and Akkun realize that there are real creatures inhabiting Violence Voyager, and any and everything is threatened by their corrosive emissions. 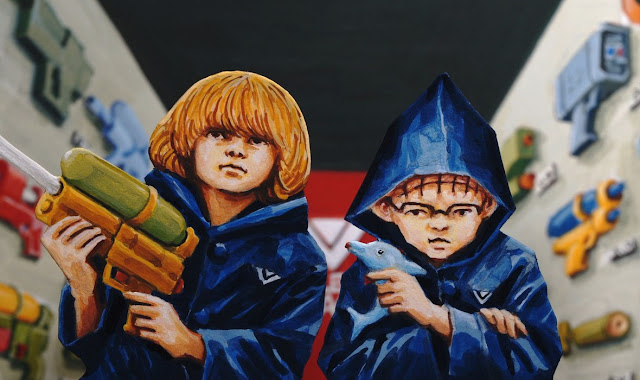 The story beyond isn’t necessarily deep, but it’s adventurous, almost reminiscent a children’s television show, or perhaps a short arc of Dragon Ball. For children, however, Violence Voyager is not. The film commits itself to depicting constant, unflinching violence towards children. In this, it pulls no punches, and the depictions are extreme. 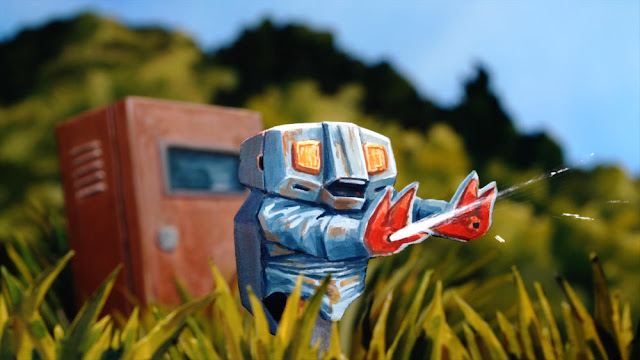 Despite the harrowing depictions of violence, there’s an odd levity that might make things even more disturbing. Characters remain relatively happy-go-lucky and determined, even as awful things happen to them and those around them. It provides a constant reminder that the characters are children. 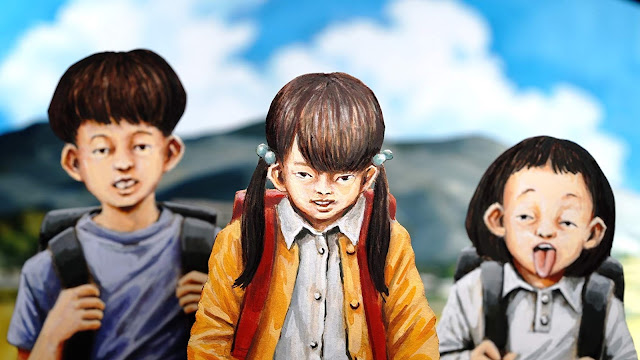 Violence Voyager treads down a number of different paths of body horror. There’s plenty of gore. Skin is melted, eyeballs pop out, blood pours, everything you’d expect from something of this ilk. But, there’s other, more Cronenbergian body horror. In addition to the physical elements, there are transformative elements. Characters morph into grotesque mockeries of humanity and emit various bodily fluids to sickening ends. 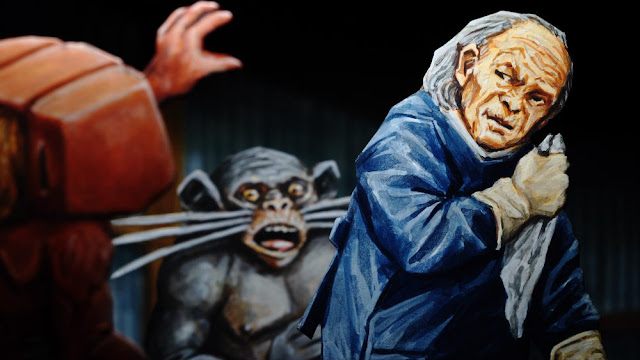 To amplify the sickening content, Ujicha employs an animation-like technique that he calls Gekimation. The unusual style combines puppeteered paper cutouts with real fluids to give the animation a visceral (and dare-I-say venereal) quality. The artwork in Violence Voyager is amazing. The backdrops are vibrant and detailed, and the characters are highly detailed and shown in dozens (if not hundreds) of different poses. 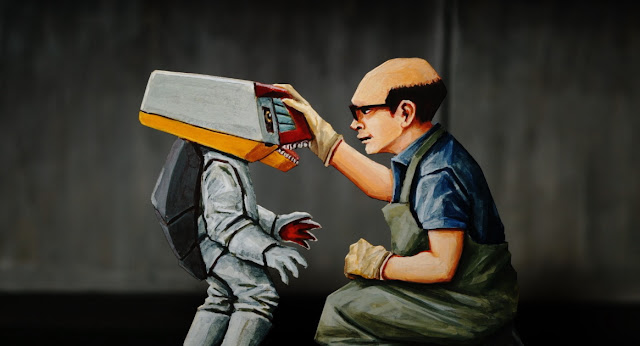 Another unique aspect of the Ujicha’s Gekimation is the depth of field provided by having multiple layers and cutouts. Unlike traditional animation, there’s a genuine sense of cinematography in Violence Voyager, including camera movement, zooms, racking focus, and a depth of field that’s played with in interesting ways.

The style will unavoidably draw comparisons to Junji Ito, Katsuhiro Otomo, and perhaps Shintaro Kago. While these are all impressive and well-earned comparisons, Ujicha’s style is entirely his own. The use of liquids is particularly disgusting. Blood, vomit, water, and caustics drip and pool on the art, and move with fluidity unlike any of the films other imagery.

To the best of my knowledge, Ujicha is the only person making films of this style, which makes him a filmmaker to keep an eye on. His prior film, The Burning Buddha Man uses the same style, and is worth seeking out (for rent on iTunes) if you want more. Otherwise, Violence Voyager is currently free on Amazon Prime, and is worth a watch, if you can stomach it.

-Listener Sam
Posted by Oksana O. at 1:40 PM No comments: