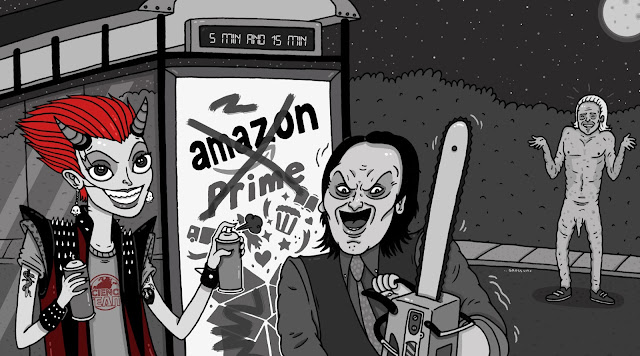 This was the text of a letter received by many horror filmmakers and boutique distributors with movies hosted on Amazon Prime last month. In short: Amazon is not letting you make your horror movie free to watch on their site anymore. When I started asking around, it took no time at all to compile a long list of films that were going to be affected, including Harvest Lake, Science Team, My Bloody Banjo, Laundry Man, Burial Ground, and a lot of other indie genre gems and unsung classics.

When I heard this, my gut reaction was, “Oh shit! But we watch this stuff!” I’ve got a Prime account, and we often get wasted at the Overlook Theatre while watching the craziest no-budget movie we can find on Prime. We’ll dig till we find the dumbest title, the weirdest poster, the silliest tagline, and hit play. As a viewer, this sucks, but we’re a small niche of fans, and we’ll always find other ways to dig up and support these movies. But what does this mean for the people actually making them?

Let’s start by looking at what Amazon Video Direct is. Amazon launched this service as a self-distribution platform for creators not working through a third party (a studio, or a big movie distributor) to get their work out into the world. You make an account, you provide the content, you select the “Distribution Mode” (digital purchase, rental, free with Prime, etc.), it goes through a queue, and boom, your movie is live. You maintain ownership of your work and royalties are paid for the hours it is streamed or you get half of the price paid to rent or buy it. This is one of the easiest and most direct ways to get to an audience, and this policy change is pushing horror filmmakers out of the game. If a movie is deemed too violent, too graphic, or too sexy, the method by which you can distribute it on the most accessible platform around is now severely limited.

Equally harmful, but absent from the text of the letter, was the change to their search engine which would filter these movies out from results for having adult content. It took till March 4th for the change to take effect, but now when you type “Harvest Lake", which begins with a brief tasteful albeit graphic sex scene, into the search bar, there’s a line of text at the top of the results that read “Excluding adult and mature items”. A second click can display all results on an internet browser, or a search for the precise text of the title on other devices, but for a movie that isn’t yet known, this could be a death sentence.

The filmmakers behind the gothic horror Blood of the Tribades faced the banishment to search engine purgatory a few weeks ago. Blood of the Tribades was not available for free on Prime, but being taken out of search was a huge blow to directors Sophia Cacciola and Michael J. Epstein. They had framed their entire plan for distributing their movie around Amazon Video, and seeing their work blocked behind content filters was crushing.

“They had not actually informed us, as this was when they first started implementing content blocking but hadn’t yet told anyone about it,” Cacciola and Epstein tell me. When they realized their movie wasn’t showing up in searches, they contacted Amazon and got the runaround. After doing everything they could to soften the description and cover art, and to make a case that their film shouldn’t be blocked, they finally received an answer: "We've confirmed that your title Blood of the Tribades contains adult content within the video. We reserve the right to decide what content is appropriate, including content within your video, video title, key art, etc." 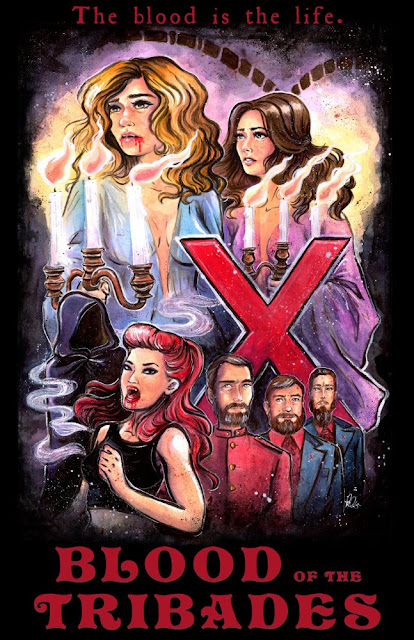 “It's an extremely frustrating situation for us. The entire purpose of our film was to provide commentary on the way men and women are portrayed in film, and particularly in genre and exploitation film,” Cacciola and Epstein explain. Their movie displays both female and male nudity, artistically and with reason. A behind-the-scenes documentary, expressing the mission statement of the film and showing the work they put in, was also added to Amazon Video. Currently this is the only search result for Blood of the Tribades. “In many ways, we have taken great care to provide context for that content, and instead of any examination of the social or artistic merit, we are simply labeled as pornographic.”

Drew Bolduc, director of Science Team, also came forward to express his dissatisfaction regarding Amazon’s decision to put limitations on the availability of his movie. Science Team is quite violent and cartoonish in nature. “At the end of the day it doesn't surprise me, but it does suck because Amazon was the one streaming service that didn't seem third party distributor oriented until now,” Bolduc tells me. And if equally extreme films with bigger audiences aren’t removed, that raises some questions about the motivation behind this decision. “It would basically show that the content excuse is really not true and looks a lot like an effort to remove low budget indies,” Bolduc says.

As of now, when I search The Greasy Strangler, it’s the top result, and available to stream for free. I cannot imagine that, if complaints have been made against other movies, the pervasive full frontal nudity (see: weird dicks) of The Greasy Strangler goes unreported. Captain Fantastic, which contains nudity (dicks) and lots of adult themes, is the first title to pop up under “Best of Prime”. We’ve been quick to call this censorship, which despite the word being hard-hitting, is a bit misleading. Amazon is a private platform and they've every right to decide what they host. It’s merely a very unpleasant decision, and inspires a lot of distrust that they've chosen to implement these new, seemingly uneven standards so suddenly.

Also, I really hope they don’t axe The Greasy Strangler. I want to point out hypocrisy, but it’s a rad movie. It’s possible they aren’t done removing things yet, and it could get a lot worse.

What this reads as is apathy towards creators. Could a superpower like Amazon afford a couple programmers to put a better rating system in place? Add an age entry screen, or a passcode for R rated films? Even a department for more thoroughly screening and categorizing the films uploaded through Amazon Video Direct? Duh, of course they could. But it's cheaper to just sweep anything with the power to offend into the trash, while continuing to profit off their big studio titles, and make the world even less accessible to the most independent filmmakers.

Those streaming royalties might mean a lot to a small filmmaker, although they will not be monetarily cut off from Amazon entirely, as the option to rent or purchase still remains. Yet, a free movie with intriguing cover art and a weird title that you’ve never heard of? A lot of people would press play on that immediately. But will you drop $4.99? My guess is that population drops dramatically. The audience who might love that film, buy it for their collection, seek out and support that artist in the future, never get to see it. 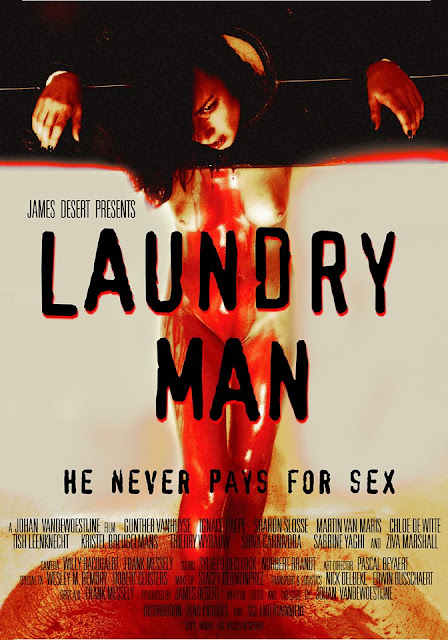 Take Laundry Man for example. I saw the poster for Laundry Man and I laughed my ass off. What a tagline! What does it mean?! I have no idea! Then I realized it was on Prime. I sped over to The Overlook with a case of beer in hand, we watched it, tweeted about it, posted about it on Instagram. Soon I noticed pals who had seen those posts were buying the Blu-ray. Did they hear about it from us? Maybe. All I know for sure is the next day I ordered a copy of the director’s first film Lucker The Necrophagous from Synapse. That sale was a direct result of me watching Laundry Man on my Prime account. This is all conjecture, but it's these little loud bursts of crazed excitement for something weird and different that might grow into a fanbase.

“For anyone that’s an aspiring filmmaker, Amazon was an awesome outlet to broadcast your stuff,” Nigel Bach said on The Overlook Hour podcast last week. Nigel Bach’s found footage movie, Bad Ben didn’t get accepted into the horror film festival he was banking on for the premiere. Three weeks later, he uploaded his film to Amazon Video Direct, and made it free on Prime. “This $300 movie has made me $22,000, just off Amazon,” he confides. And now he’s able to shoot the prequel. Bad Ben still remains free on Prime.

What can we do now? Likely nothing to change the minds at Amazon. Amazon is a giant, so the loss of a few Prime subscriptions isn't going to affect much of anything. This is niche, even if we all band together, we wouldn't be a blip on this massive corporation’s radar. But what we have to do is spread the word. Express your distaste for it because ideas are contagious little bugs, and we can spread the knowledge that Amazon is a bad platform for self-distribution. We can start hunting for the next best platform. The reach will shrink at first, but this is something that can be built. The next step: buy all these movies on Blu-ray and DVD. Support the boutique distributors and the creators, and support them as directly as you can. You can still get VOD rentals of all these films from Amazon and show your desire for them that way. I’ve sprinkled links throughout this whole piece, and if anything has caught your eye -- click through. Spend a little. Treat yourself to some fringe awesomeness that needs your support. Be the best fan you can be.

And, for thoroughness, I did reach out to Amazon for comment. 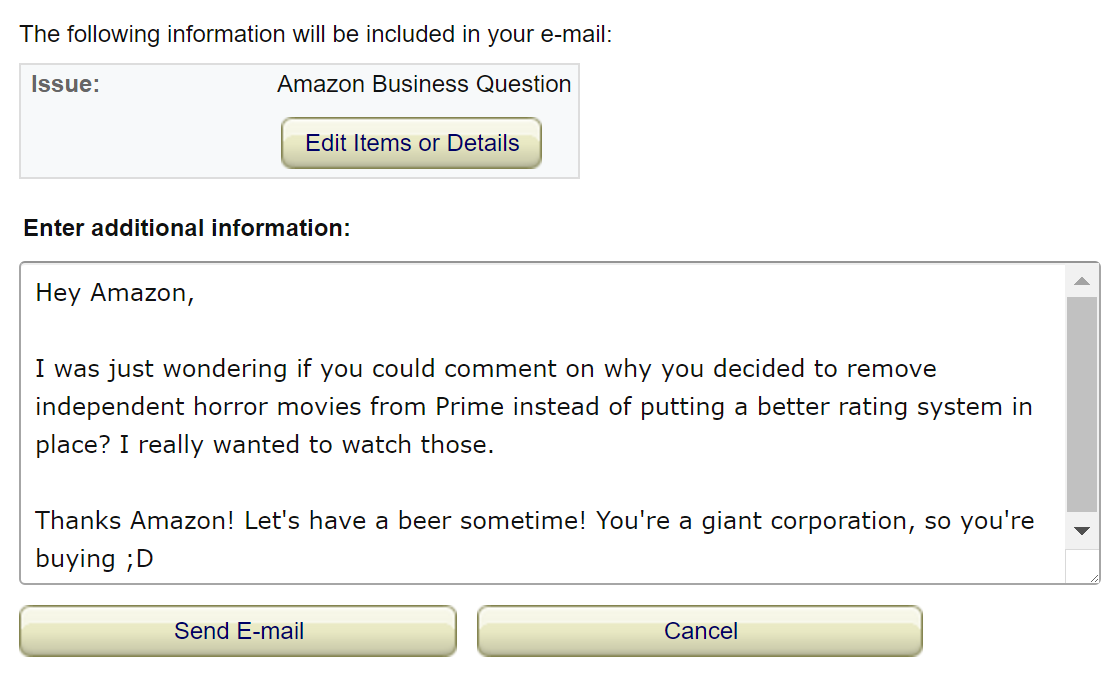 I got a canned apology with some keywords dropped in. It didn't really make any sense.

“From your email, I understand that you wanted to watch independent horror movies which are no longer available on Prime. I am sorry to know about the experience you had with collection of Horror movies available in Prime catalog. I can understand how disappointing this must be for you, especially given that you must’ve been eagerly looking forward to watching this. I would feel quite the same as you if I were in your position. Please understand that the availability of a video in Prime catalog depends on the content provider. We do not have rights to alter or modify the content provided to us.

Personally, I too feel that it would be great if the Horror movies added to the Prime Catalog.”

I’m still waiting to hear back on whether or not they’ll take me up on that beer. 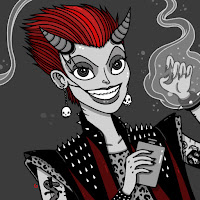