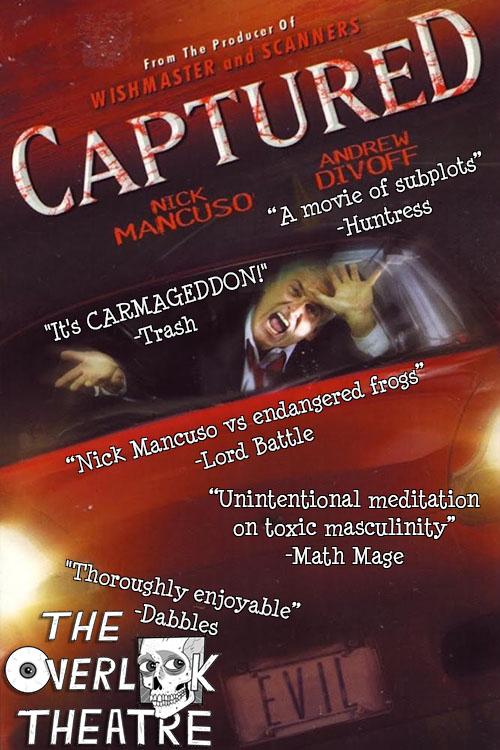 
Huntress - "The story within Captured seemed simple enough, foiled theft and revenge, but the lengths it ends up going to are impossible to foresee. It’s like a movie of subplots, I’m still not sure what I’d call it. It was an extremely 90’s battle between a businessman and a philosophical criminal, and not a human eating monster car like the cover promises. But the most unbelievable thing about Captured is that the main character wasn’t on any kind of rage inducing narcotics." - 2.5 Stars

Trash - "The DVD cover of Captured is adorned with a quote, "It's CARMAGEDDON!", attributed to nobody. Because nobody said that. The Wishmaster is in this and he is pretty cool, but the best part of this film is still the DVD cover. - 2 stars

Lord Battle - "The Wishmaster vs Nick Mancuso with a haunted car?! Now that's the movie I thought I purchased at Rasputin Music. Sadly Captured is actually a bad talky crime drama ala Tarantino which pits a frustrated Nick Mancuso vs endangered frogs. The Wishmaster himself gets caught in the middle of this and tortured in a car he earlier was trying to steal. I know this sounds interesting but it's boring. Oh and the way these dudes treat the only female character is vile, like gives guys everywhere a bad name." - 2 Stars

Math Mage - "After 45 minutes I asked "What is this movie about?" and 45 minutes later that question was still unanswered. Realestate tycoon frustrated by environmentalists has a trap built for car thieves who he "captured" and tortured. There some parallel character arcs between the captor and captured, some probably unintentional meditation on toxic masculinity and a bunch of unnecessary accidental killings. Mostly boring with a misleading cover." - 2 Stars

Dabbles - "Thoroughly enjoyable, although it was hard to pinpoint the actual plot and protagonist. It was well done." - 3 Stars

Horror movies make money. I get it, but in the late 90's were cool guy crime dramas not? The bait and switch of Captured's DVD case is stuff of legends... The front of the DVD case is actually what we used for the post, so I'm not going to repost that again here. Instead we'll look at the back of this box-art nightmare! 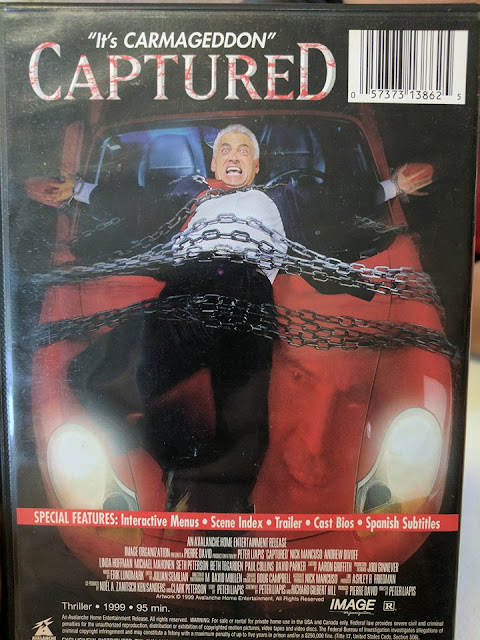 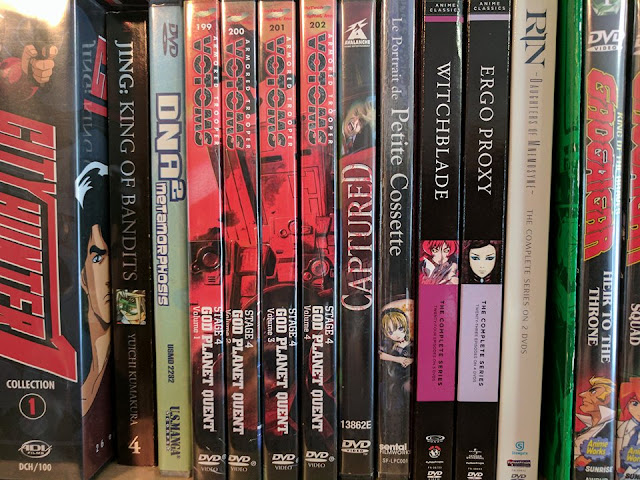 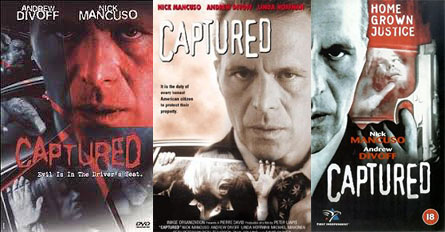 Thanks to Google image search I came across 3 posters created for Captured that are much more reflective of the actual film. To be honest, I would have never purchased any of these films and I don't know if that says more about me or marketing and how it works... perhaps both. So I can't really complain about A24 and their marketing for It Comes At Night because the thing is horror does sell and these phonies provide the perfect counter point for the real horror films. 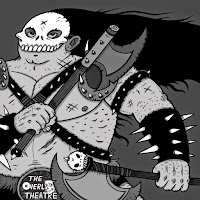 The Overlook Theatre materialized in a residence for a screening on 7/27/2017
*Based on the star ratings turned in by character reviewers, others viewed and got to "Dislike" or "Like" but that does not affect the rating.
Posted by Lord Battle at 6:30 PM