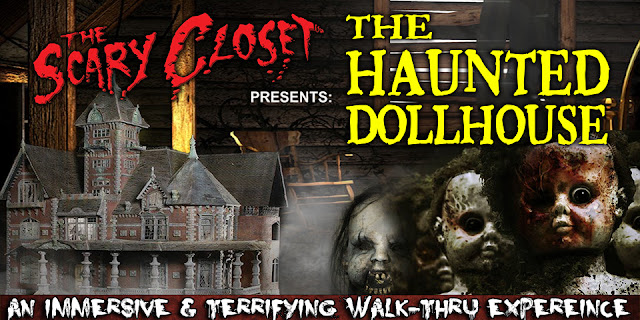 This past weekend, Lord Battle, The Impostor, and I went on a road trip that I look forward to for months prior and wound up at Son of Monsterpalooza at the Marriott Hotel in Burbank. Years ago, Son of Monsterpalooza and its bi-annual brother Monsterpalooza, became my favorite horror conventions; they were small, premiered new horror movies, and gave you the opportunity to meet and speak to the people you’ve been watching in various roles for years. Our weekend was filled with horror icons and crazy monsters, as you might have seen on the various social media, but I’d like to talk about the lesser appreciated aspect of the weekend, especially since it was my first time actually getting to partake in it. The haunt. 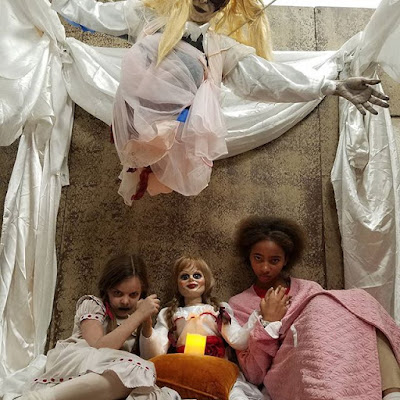 Presented by the Scary Closet, which makes some bad ass horror replicas and sets, The Haunted Dollhouse was barely getting any recognition from the people we spoke to at the convention. One person went so far as to say this was the first time they didn’t get startled a single time. That’s just not what you want to hear when you’re standing in a 40 minute long line. Nevertheless, us being curious and also not wanting to spend any more money in the vendor hall, the three of us continued to wait along the wall, right across from where Samara Lee (Annabelle: Creation) was signing in full costume. Until she was lead away, I figured to check out the rest of the con. I was wrong. Turns out, she and Taylor Buck (Annabelle: Creation) were put into ghostly garb and were acting as the ominous guides through the winding dollhouse. And they were both amazing! Regardless of how you felt about the movie, these girls were incredible. At ages nine and thirteen, they both stayed completely in character, composed even as they watched grown patrons (myself 200% included) get reduced to a shrieking mess. 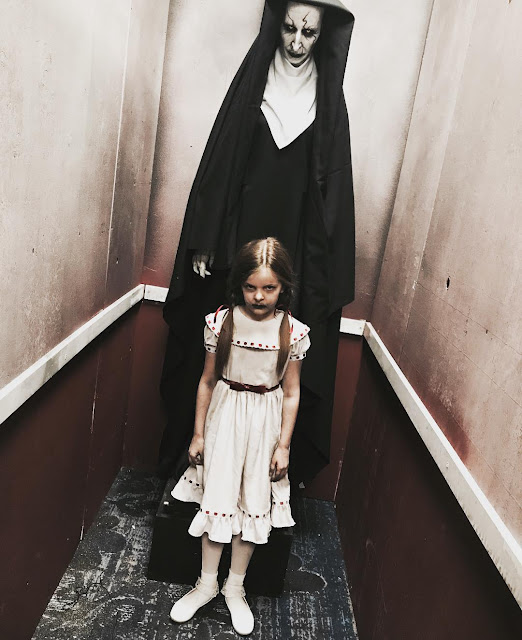 Valak made several appearances throughout the Haunted Dollhouse, and I can't think of a single time I didn't jump and scream. The last of these scares, however, was a moment that will stay with me for a long time. After leaving us standing in a bible page coated closet to marinate in the growing tension, the door was pulled open and a Pennywise toothed Valak crawled at us, hissing. And when I say I screamed bloody murder, you'd better believe I'm not exaggerating.

My only regret is not going through the haunt again on Sunday!