Friday is here again and it's about to kick off a packed weekend! Not only is the sequel to The Houses October Built now out on VOD (and hopefully in theatres around here soon), and two concurrent midnight screenings in Eraserhead, but the New Parkway Theatre is killing it with cool screenings all weekend; A Girl Walks Home Alone At Night, Dogtooth, and Time Crimes to name a few. Check out their lineup along with everyone else's and I hope you guys all have a great weekend! 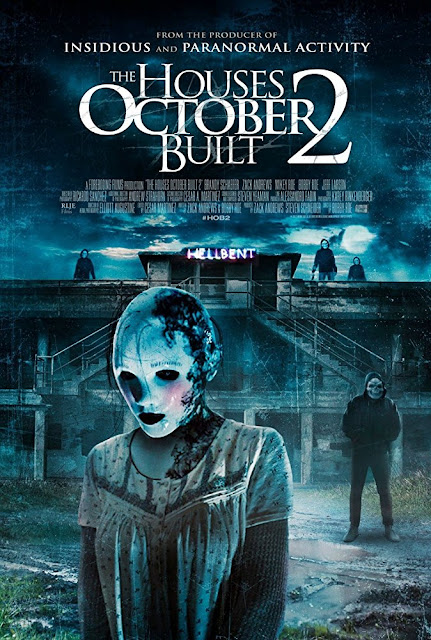 The Houses October Built 2 (2017)
Limited Theatres/ VOD Friday 22nd (1hr 41min)
Horror (IMDB)
Recovering from the trauma of being kidnapped last Halloween by the Blue Skeleton - a group who take "extreme haunt" to another level - five friends decide they must face their fears in order to move on. Heading back out on the road to visit more haunted house attractions, signs of the Blue Skeleton start appearing again and a new terror begins... 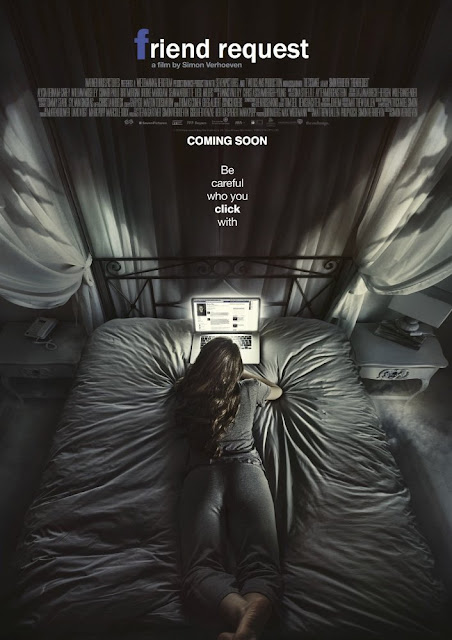 Friend Request (2017)
Opens Friday 22nd (1hr 32min)
Horror / Thriller (IMDB)
Laura, a popular college girl, is very active on social media and shares almost everything in her life with her 800+ friends on Facebook. However after accepting a friend request from an unknown girl named Marina, Laura becomes obsessed with Marina's profile, and soon her friends begin to die violently one by one. 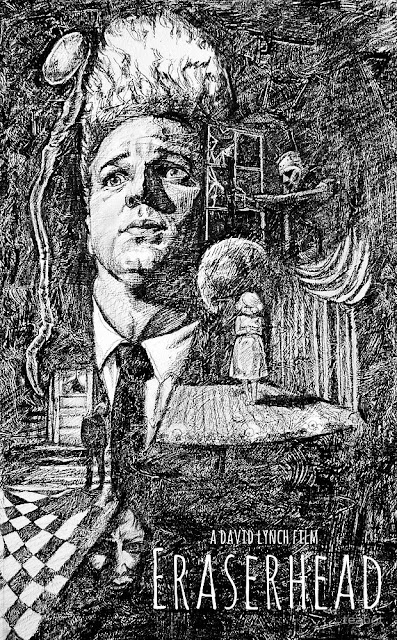 Eraserhead (1977)
Friday 22nd @ 11:55pm (1hr 29min)
Saturday 23rd @ 11:55pm
Fantasy/ Horror (IMDB)
This surreal nightmare examines male paranoia. Our hero and title character, Henry, faces a number of horrifying obstacles in meeting someone of the opposite sex, meeting her parents, and procreating. Produced during a one-and-a-half-year period while director David Lynch was a student at the American Film Institute, the film launched him as a major new talent admired by cinephiles and filmmakers all over the world. It stands today as a milestone in personal, independent filmmaking. 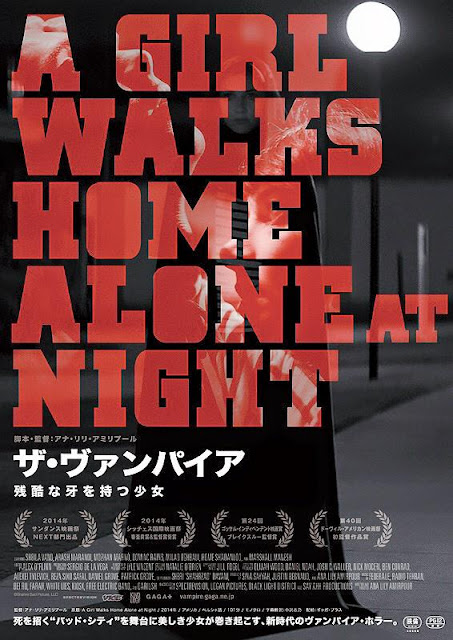 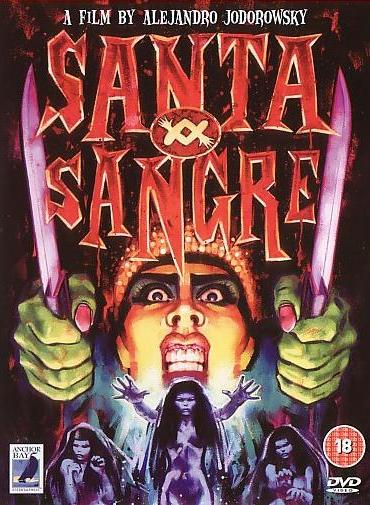 Santa Sangre (1989)
Friday 22nd @ 10:25pm (2hrs 3min)
Drama/ Horror/ Fantasy (IMDB)
Santa Sangre is the surreal horror story about a young man, Fenix (Axel Jodorowsky) who has grown up in a circus with his mother Concha (Blanca Guerra) and his philandering father. Fenix witnesses a brutal fight between his mother and father, at the end of which his mother loses both of her arms and his father commits suicide. Fenix spends years in an insane asylum, before his mother persuades him to act as her hands in her bizarre nightclub act. Soon, Concha is having Fenix perform a variety of murders, where he is killing every female in sight. Though the film has some of the hallucinatory qualities of Jodorowsky's earlier films, Santa Sangre doesn't quite have the same punch, particularly in terms of cerebral and emotional impact, despite its fine visuals. 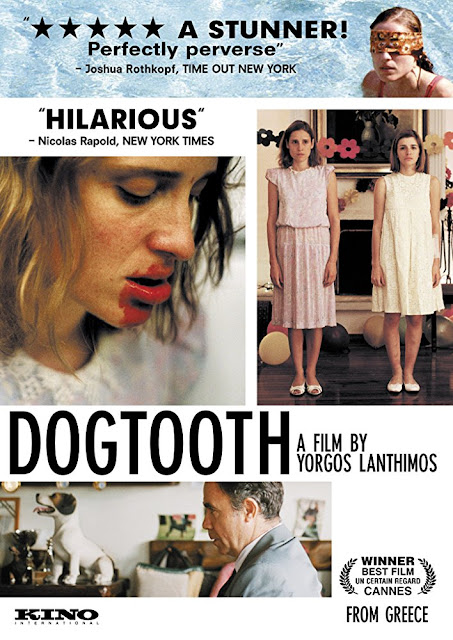 Dogtooth (2009)
Saturday 23rd @ 4:15pm (1hr 34min)
Drama/ Thrille (IMDB)
The father, the mother and their three kids live at the outskirts of a city. There is a tall fence surrounding the house. The kids have never been outside that fence. They are being reared in the manner that their parents deem appropriate, without any influence from the outside world. The only person allowed to enter the house is Christina. She works as a security guard at the father's business. The father arranges her visits to the house in order to appease the sexual urges of the son. The whole family is fond of her, especially the eldest daughter. One day Christina gives her as a present a headband that has stones that glow in the dark and asks for something in return. 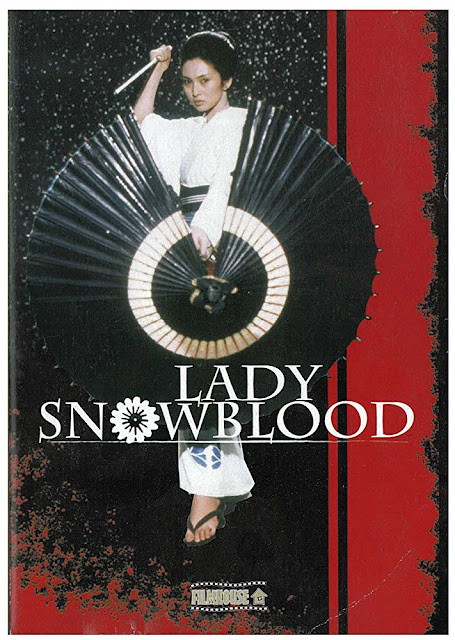 Lady Snowblood (1973)
Sunday 23rd @ 9pm (1hr 37min)
Action/ Drama/ Thriller (IMDB)
A woman seeks the revenge that was her birthright in this action thriller from Japan. A gang of ruthless thieves break into the home of a rural couple, and after taking their valuables, they murder the husband and rape the wife once they've beaten her senseless. When the ravaged wife tracks down one of the thieves and attacks him, she is arrested by police; she was left pregnant by the rape, and gives birth to a daughter months later, dying shortly after delivery. The daughter, Yuki (Meiko Kaji), is raised by a priest who teaches her how to use a sword and trains her to show no mercy to the men who brutalized her family. When she turns 20, Yuki sets out to seek revenge, looking beautiful and tranquil on the outside but possessing a powerful taste for vengeance against those who wronged her and her mother. Lady Snowblood was written by Kazuo Koike, who also scripted several of the most memorable films in the Lone Wolf and Cub series. ~ Mark Deming, Rovi 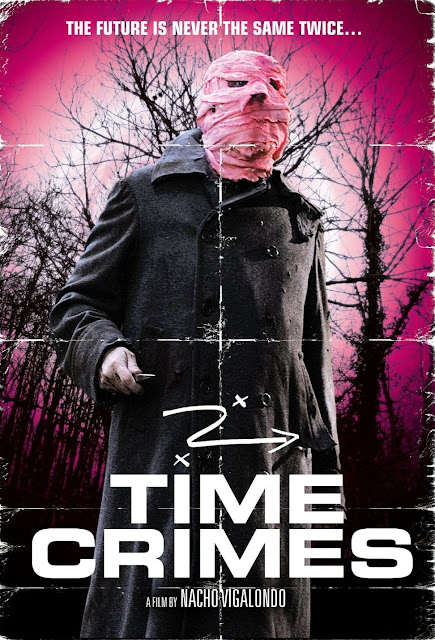 Time Crimes (2009)
Saturday 23rd @ 10pm (1hr 32min)
Horror/ Mystery/ Sci-Fi (IMDB)
An ordinary guy takes an extraordinary step through time in this science fiction thriller. Hector (Karra Elejalde) is spending a few days in the countryside with his girlfriend, Clara (Candela Fernández), when he sees something that catches his attention while playing with his binoculars. Looking at a nearby house near a wooded area, Hector spies a beautiful woman taking her clothes off, and decides to take a stroll and give her a closer look. However, when he arrives at the house several minutes later, the woman is lying in the grass and appears to either be dead or passed out. As Hector examines her, he's attacked by a strange man and flees on foot. Hector seeks refuge in a building that turns out to be a research facility owned by a mysterious scientist (Nacho Vigalondo), who gives him a place to hide inside a futuristic closet. However, Hector realizes it was actually a time-travel machine when he emerges a few minutes later and looks out the window to see himself standing over the unconscious woman in the distance. Los Cronocrimenes (aka Timecrimes) was the first feature film from writer and director Nacho Vigalondo, who also appears as the scientist. 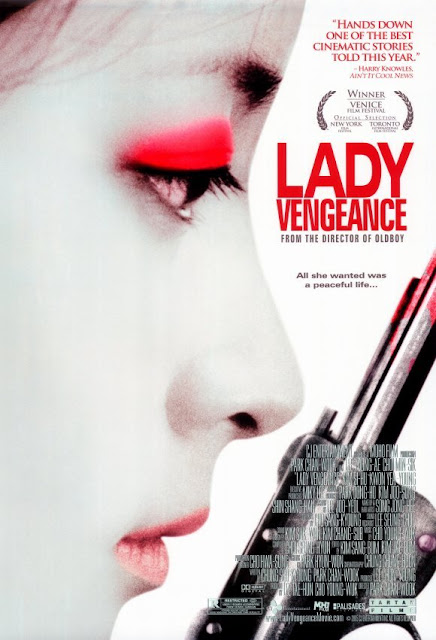 Lady Vengeance (2005)
Sunday 24th @ 8:55pm (1hr 55min)
Crime/ Drama/ Thriller (IMDB)
A woman looks for both revenge and redemption after spending 13 years in prison in this offbeat thriller from South Korea. Lee Geum-ja (Lee Yeong-ae) was in her early twenties when she was found guilty of kidnapping and killing a young boy, and though she confessed to the crime under duress, while behind bars she dreamed of one day being able to clear her name -- and even the score with the people who railroaded her, including the police officer who brought her in (Nam Il-woo) and Mr. Baek (Choi Min-Sik), a teacher who wronged her in a number of ways. Lee Geun-ja teams up with a number of friends she made during her time in lock-up, including Woo So-yeong (Kim Bu-seon), a thief with a gunsmith for a husband; Oh Su-heui (Ra Mi-ran), who was saved from assault at the hands fellow inmates by Lee; and Preacher Jeon (Kim Byeong-ok), an eccentric man of the cloth who was struck by her gentle nature in jail. As Preacher Jeon helps Lee seek salvation for all she had to do while in prison, her other friends stand by her side as she gets even with her rivals and searches for the daughter she was forced to leave behind when she was convicted. Sympathy for Lady Vengeance (aka Chinjeolhan Geum-ja-ssi) was the third film in a series, preceded by Sympathy for Mr. Vengeance, and Old Boy. ~ Mark Deming, Rovi 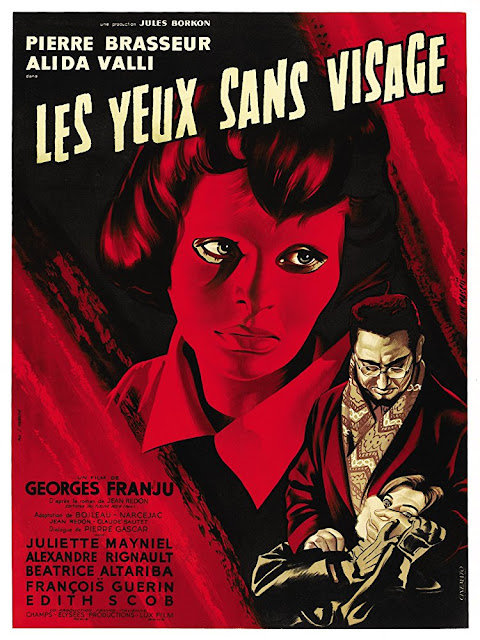 Eyes Without A Face (1960)
Sunday 24th @ 9:15pm (1hr 30min)
Drama/ Horror (IMDB)
A surgeon causes an accident which leaves his daughter disfigured, and goes to extremes to give her a new face.