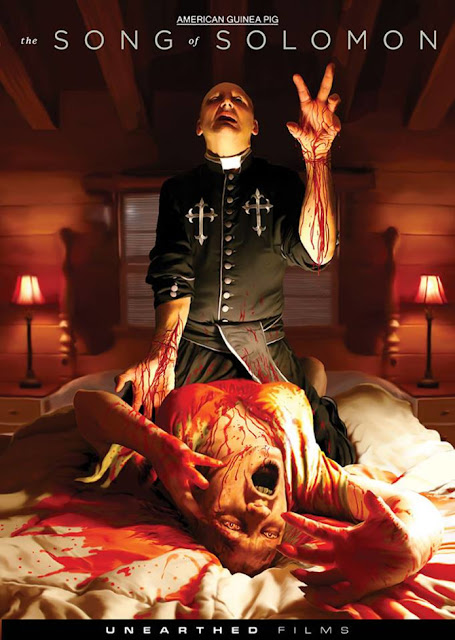 Next month the newest addition to the  American Guinea Pig collection, The Song of Solomon, will be premiering at Sitges Film Festival in Spain. Keeping in line with the rest of the  Unearthed Films library, the film will consist only of practical effects, which you can get a taste for in the trailer below.

Stephen Biro, low-budget ultra gore master, is the writer, producer, and director behind The Song of Solomon. He portrays authentic exorcism rituals, found in De Exorcismus et Supplicationibus Quibusdam (Of Exorcisms and Certain Supplications), the ritual text used by the Catholic church, which he translated himself.

"Mary witnesses the brutal suicide of her father. His death unleashes the savage forces of demonic possession in his daughter. The end of days in upon the world. Famine, drought, looting and chaos are ripping the world apart and the Catholic church is trying to save an innocent soul from the ravages of satanic possession."

The film will be available through the Unearthed Films.