Screenings in the Bay (Monday to Friday): The Lullaby, Island of the Fishmen, Basket Case

As Found Footage February begins to wind down, and March is just over the hump of this week, all of the awesome local festivals on the horizon are coming into focus. And March has some very cool stuff up its sleeves 😏 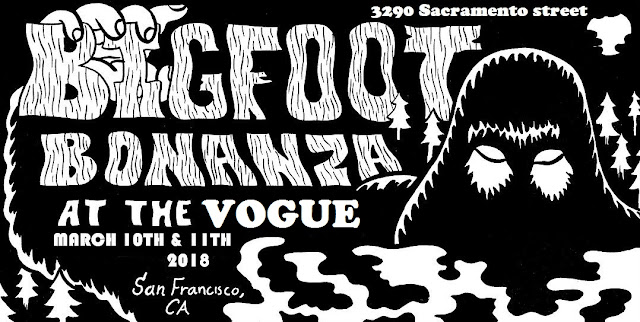 The Great Bigfoot Bonanza of 2018 is just under two weeks away! As a veteran of its freshman year I can tell you that this is not what you're probably expecting. You aren't walking into a room full of squachers who plan to argue their views all weekend, but rather you are joining a celebration of legendary monsters who spark your imagination, inspire great film and memorable art. It's a party, and you should be a part of it! So come to the Vogue Theatre March 10th and 11th and try something new.

But before February is officially over, we have some things to talk about. Basket Case is going to be playing at the Alamo Drafthouse this Terror Tuesday! Yes, really! I love this movie and cannot wait to hear that trademark guttural Belial attack cry on those crazy Alamo speakers.

The Super Shangri-La Show will be presenting Island of the Fishmen this Wednesday at the Balboa Theatre! And at the end of the week the Roxie Theatre will kick off The Lullaby, which will be screening for several days. And there's nothing like a new horror movie in the Little Roxie on a Friday night. 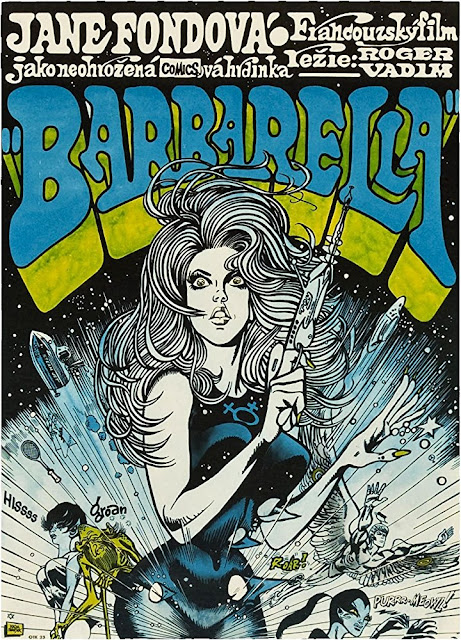 Barbarella (1968)
Monday 26th @ 9pm (1hr 38min)
Adventure/ Coemdy/ Fantasy (IMDB)
A voluptuous outer space agent travels to another galaxy in search of a missing inventor in this science fiction send-up. Barbarella (Jane Fonda), an interstellar representative of the united Earth government in the 41st century, is dispatched to locate scientist Durand Durand, whose positronic ray, if not recovered, could signal the end of humanity. Outfitted in an array of stunning Star Trek/Bond girl outfits and cruising around in a plush, psychedelic spaceship, Barbarella travels to the Tau Seti system and promptly crash-lands. She then spends the rest of the film discovering the joys of interstellar sex with a keeper of feral children (Ugo Tognazzi), a blind, beatific angel (John Phillip Law), and an inept revolutionary named Dildano (David Hemmings). Slowly but surely, she also finds her way to Durand Durand by moving from one exotic, Wizard of Oz-style locale to another. Along the way, she meets the kindly Professor Ping (a surprisingly verbal Marcel Marceau), a Eurotrash dominatrix named the Great Tyrant (Rolling Stones gal pal Anita Pallenberg), and the Concierge (Milo O'Shea), a strangely familiar lackey of the Great Tyrant who tries to destroy Barbarella with his great big organ of love. 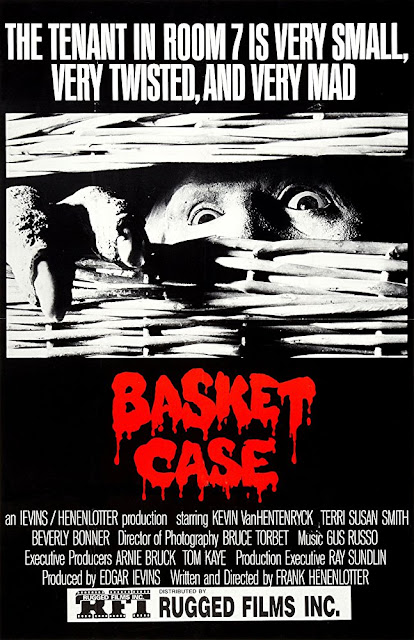 Basket Case (1982)
Tuesday 27th @ 10pm (1hr 31min)
Horror (Rotten Tomatoes)
A strange young man arrives in the city with a basket under his arm, which turns out to hold his horribly deformed twin brother. The pair proceed to enact a bloody revenge upon the doctors who separated them at birth in this alternately humorous and terrifying cult item. 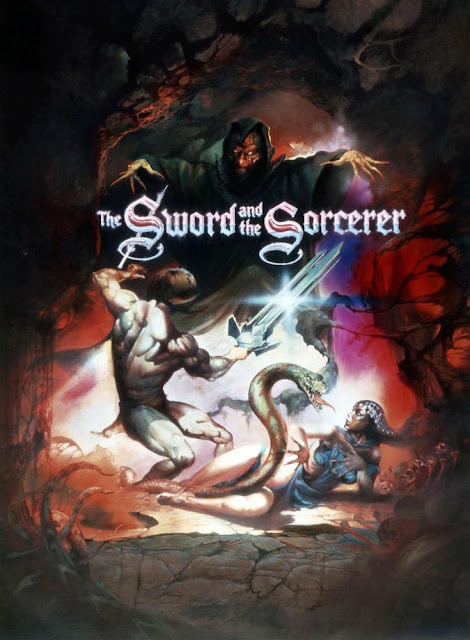 The Sword and the Sorcerer (1982)
Wednesday 28th @ 10pm (1hr 39min)
Action/ Adventure/ Fantasy (IMDB)
This is an unusual entry in the knights-in-armor genre. Set in medieval England, the film follows the exploits of a young swordsman, Talon (Lee Horsley). Working as a mercenary knight, Talon possesses a unique three-bladed sword which fires its two extra blades when he touches a button. By chance, Talon learns that he is a prince who has forgotten his royal heritage. Using his sword and his wiles, he attempts to regain control of his kingdom, which has been taken over by a sadistic tyrannical knight and an evil sorcerer. In doing so, he can save a princess who has been taken hostage by the usurpers. Comedy is interspersed with gory and licentious drama throughout the film, which was directed and written by Albert Pyun. 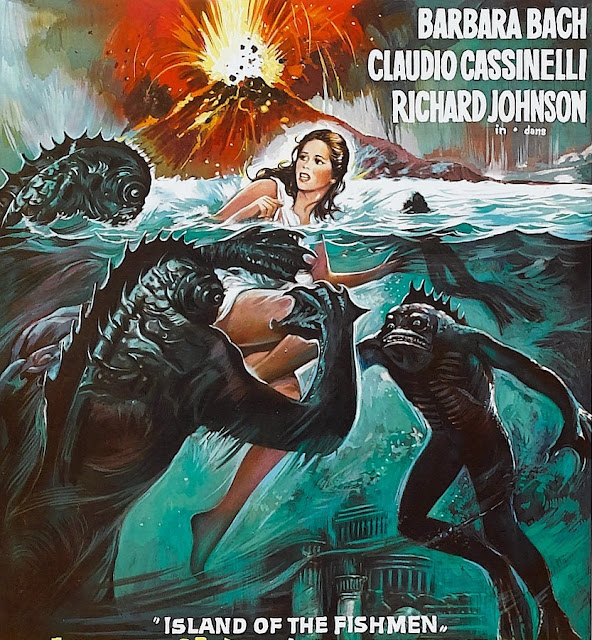 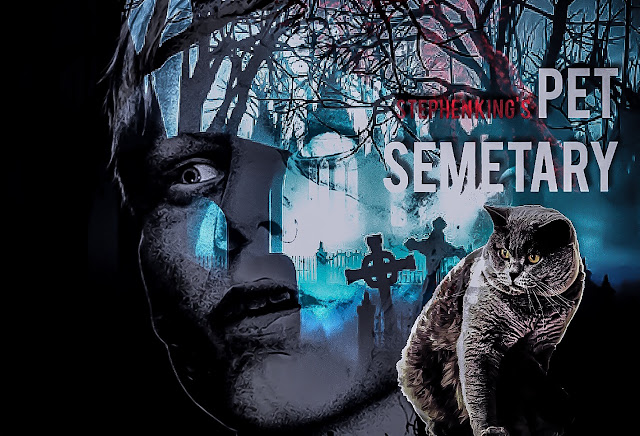 Pet Semetary (1989)
Friday 2nd @ 11:55pm (1hr 43min)
Horror (Rotten Tomatoes)
After moving to an idyllic home in the countryside, life seems perfect for the Creed family... but not for long. Louis and Rachel Creed and their two young children settle in to a house that sits next door to a pet cemetery - built on an ancient Indian burial ground. Their mysterious new neighbor, Jud Crandall, hides the cemetery's darkest secret until a family tragedy brings the secret to life. Now, an unthinkable evil is about to be resurrected.
Also Screening Saturday @ Midnight 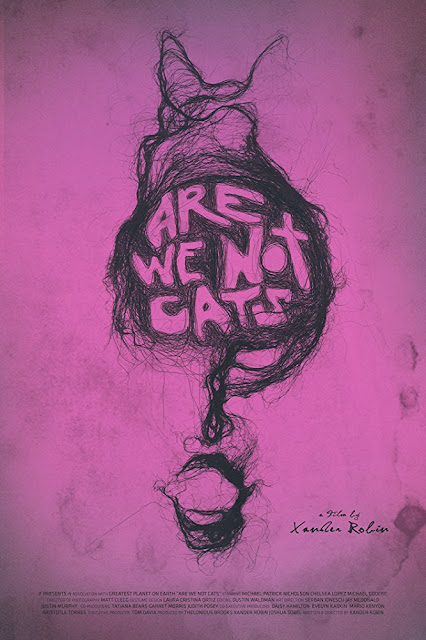 Are We Not Cats (2016)
Monday 26th to Wednesday 28th @ 9:15pm (1hr 18min)
Thursday 1st @ 9:30pm
Comedy/ Horror/ Romance (IMDB)
Fired, dumped, evicted Eli leaps at the chance to escape the city on an errand upstate. Plagued by strange illness, his journey culminates in an affair with a woman who shares his habit of eating hair. Xander Robin's genre-defying feature debut flings the audience on a roller-coaster ride of emotions--lovingly balanced by two vulnerable actors, a pulsating soundtrack and gritty, colorful cinematography. 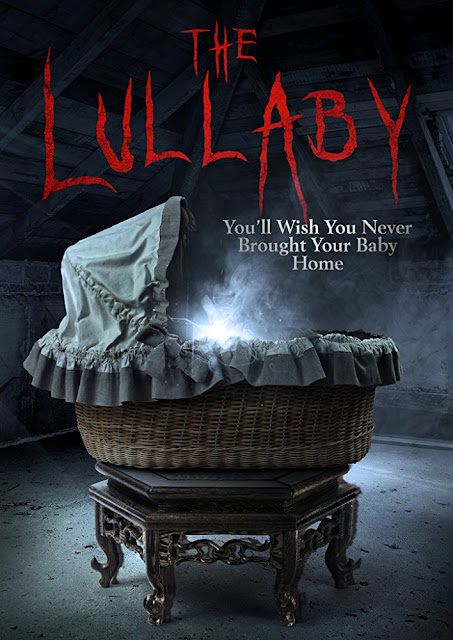 The Lullaby (2018)
Opens Friday 2nd (1hr 36min)
Screening All Weekend
Horror (IMDB)
Chloe is overwhelmed by the birth of her first child. The incessant crying of her baby, the growing sense of guilt and paranoia sends her into depression. With a heightened urge to protect her son, Chloe sees danger in every situation. She starts to hear voices, the humming of a childhood lullaby and sees flashes of a strange entity around her child. Convinced that the entity is real, Chloe will do everything in her power to protect her son. Is she haunted by evil or is it just the baby blues?