Screenings in the Bay (Monday to Friday): The Cabin in the Woods, My Bloody Valentine, The Coffin in the Mountain

We're going all over the city with this week's screenings, touching base with almost every one of our favorite film locations! You can ring in Valentines Day early at the Alamo Drafthouse's screening of My Bloody Valentine this Terror Tuesday, celebrate Balboa Classic, Clockers, the same day at 7:30, and still catch the last screening of this year's SF Indie Fest, Maze, on Thursday night at the Roxie Theatre. Or maybe a dark and claustrophobic Chinese noir is more your taste? In that case, check out the Yerba Buena's Mainland Noir lineup.

And if all that wasn't enough, this weekend Northern California will be welcoming the third annual Silver Scream Film Festival back to Santa Rosa! More details, coming soon! 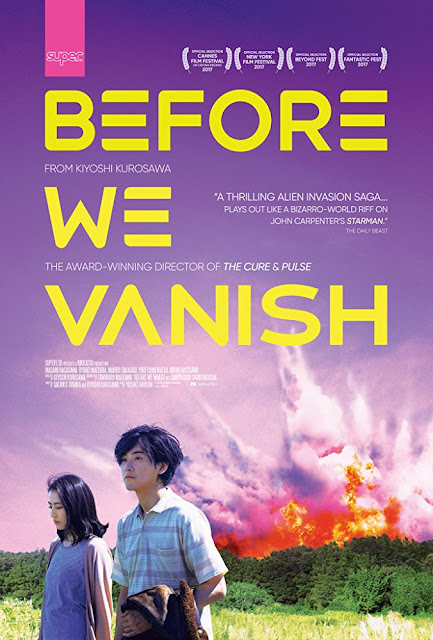 Before We Vanish (2017)
Monday 12th @ 6:30pm (2hrs 9min)
Tuesday 13th @ 2:55pm & 6pm
Wednesday 14th @ 2:55pm
Art House/ Sci-Fi (Rotten Tomatoes)
In his twentieth film, acclaimed horror director Kiyoshi Kurosawa reinvents the alien movie as a unique and profoundly human tale of love and mystery. Three aliens travel to Earth on a reconnaissance mission in preparation for a mass invasion. Having taken possession of human bodies, the visitors rob the hosts of their essence - good, evil, property, family, belonging - leaving only hollow shells, which are all but unrecognizable to their loved ones. Equally hilarious, thrilling, and profound, BEFORE WE VANISH reminds audiences of the continued strength of one of Japanese cinema's most unique auteurs - and the value of the human spirit. 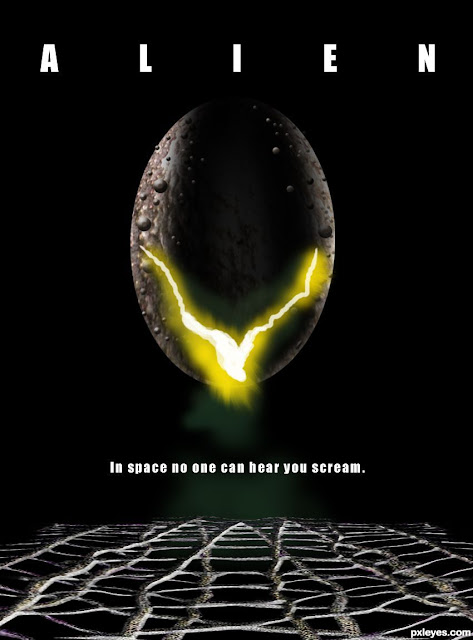 Alien (1979)
Monday 12th @ 7pm (1hr 57min)
Horror/ Scifi (IMDB)
After a space merchant vessel perceives an unknown transmission as distress call, their landing on the source moon finds one of the crew attacked by a mysterious lifeform. Continuing their journey back to Earth with the attacked crew having recovered and the critter deceased, they soon realize that its life cycle has merely begun. 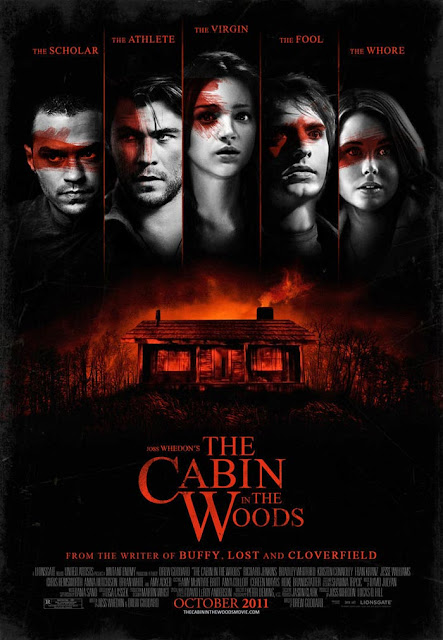 The Cabin in the Woods (2012)
Tuesday 13th @ 7:30pm (1hr 35min)
Fantasy/ Horror (IMDB)
Five friends go to a remote cabin in the woods. Bad things happen. If you think you know this story, think again. From fan favorites Joss Whedon and Drew Goddard comes The Cabin in the Woods, a mind blowing horror film that turns the genre inside out. -- (C) Lionsgate 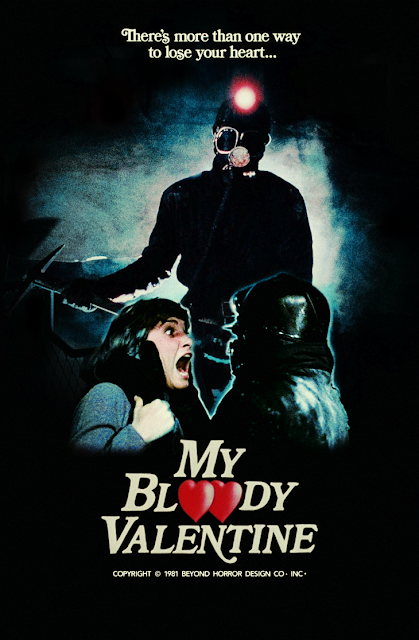 My Bloody Valentine (1981)
Tuesday 13th @ 10pm (1hr 30min)
Horror/ Mystery/ Suspense (Rotten Tomatoes)
This Canadian slasher film features a disgruntled miner cutting out people's hearts with a pick-axe. Most of the film takes place in the mine itself, where partying teens are pursued by the maniac in some surprisingly well-directed chase and stalking sequences. 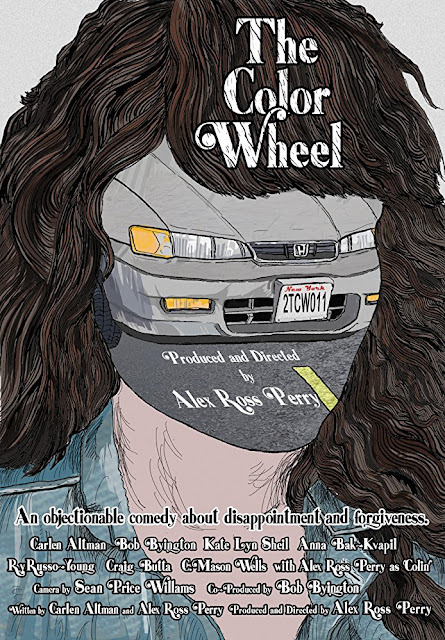 The Color Wheel (2011)
Wednesday 14th @ 9:55pm (1hr 23min)
Comedy/ Drama (Rotten Tomatoes)
The Color Wheel is the story of JR, an increasingly transient aspiring news-anchor, as she forces her disappointing younger brother Colin to embark on a road trip to move her belongings out of her professor-turned-lover's apartment. Problem is, these grown up kids do not get along, and are both too obnoxious to know better. Chaos and calamity are not far behind her beat up Honda Accord. Too bad that nobody else in the world can stand either of them. Not Colin's neglectful girlfriend, nor JR's former high school friends, nor strangers they clash with at pretty much every step of their hopeless and increasingly infuriating voyage of frustration, failure and jerks. It can only be a matter of time before JR and Colin arrive at the strangest and most unsettling of resolutions and put to rest their decades of animosity, half-baked sibling rivalry and endless bickering. -- (C) Official Site 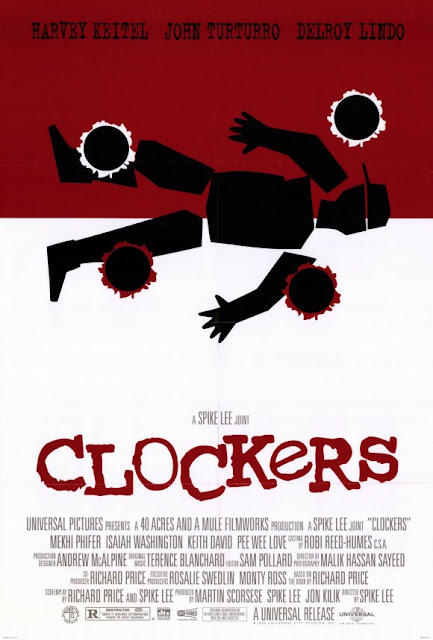 Clockers (1995)
Tuesday 13th @ 7:30pm (2hrs 8min)
Crime/ Drama/ Mystery (IMDB)
The grim realities of drug dealers' lives provides the basis for this gritty drama. The story centers on Strike, a 19-year old drug dealer who lives in the Brooklyn projects. When Strike agrees to help a local drug lord kill one of rivals, he finds himself in serious trouble. 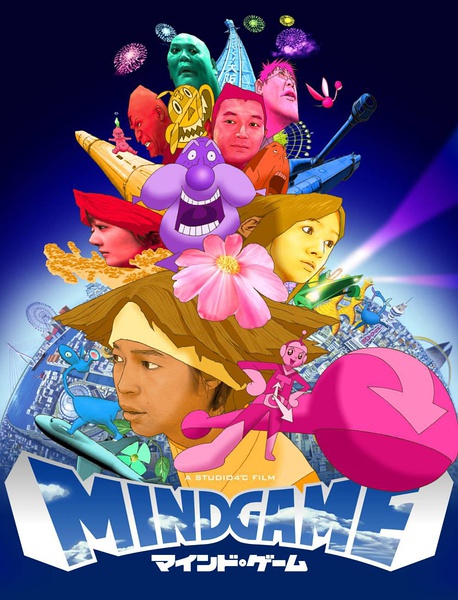 Mind Game (2004)
Friday 16th @ 11:55pm (1hr 43min)
Sci-Fi/ Action/ Comedy (Rotten Tomatoes)
Cult classic Mind Game is an explosion of unconstrained expression - gloriously colorful mages ricochet in rapid fire associations, like Masaaki Yuasa's brain splattered onto the screen in all its goopy glory. Audiences will begin to grasp what they are in for early on as loser Nishi, too wimpy to try to save his childhood sweetheart from gangsters, is shot in the butt by a soccer-playing psychopath, projecting Nishi into the afterlife. In this limbo, God - shown as a series of rapidly changing characters - tells him to walk toward the light. But Nishi runs like hell in the other direction and returns to Earth a changed man, driven to live each moment to the fullest. 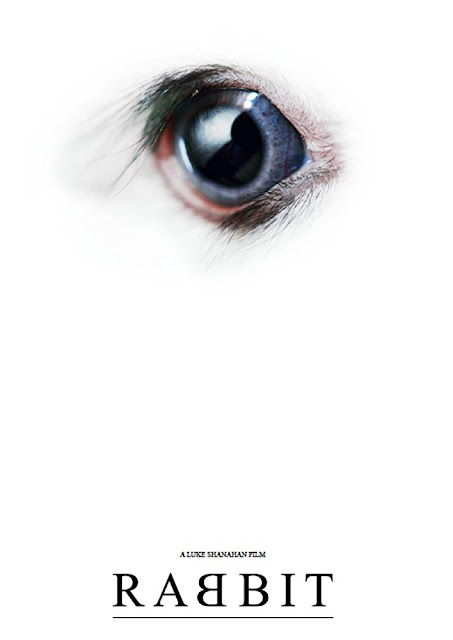 Rabbit (2017)
Monday 12th @ 9:15pm (1hr 39min)
Sci-Fi/ Thriller (SF Indie Fest)
Despite being thousands of miles away, Maude can still feel her abducted twin sister Cleo through what may be a psychic link in this Outback Noir anchored by dual performances from Adelaide Clemens. Exploiting prejudice and pseudo-science, Shanahan crafts an unforgettable and unflinching portrait of attachment. 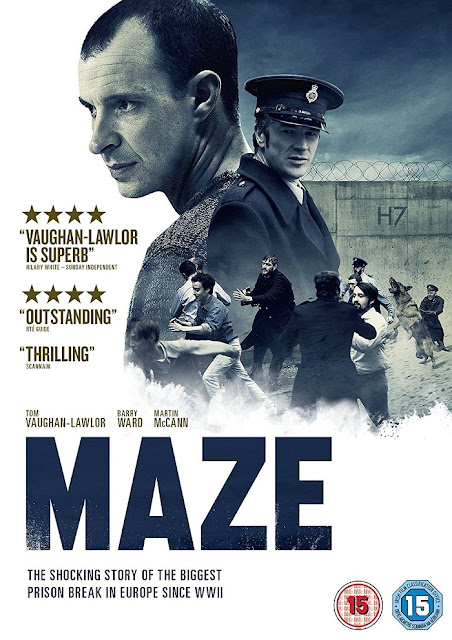 Maze (2017)
Thursday 15th @ 9:15pm (1hr 32min)
Adventure/ Crime/ Drama (IMDB)
Inspired by the true events of the infamous 1983 prison breakout of 38 IRA prisoners from ‘the most secure prison in Europe,’ the HMP Maze, an inmate and revolutionary develops a complicated friendship with the prison warden. Or is it just a part of the plan? 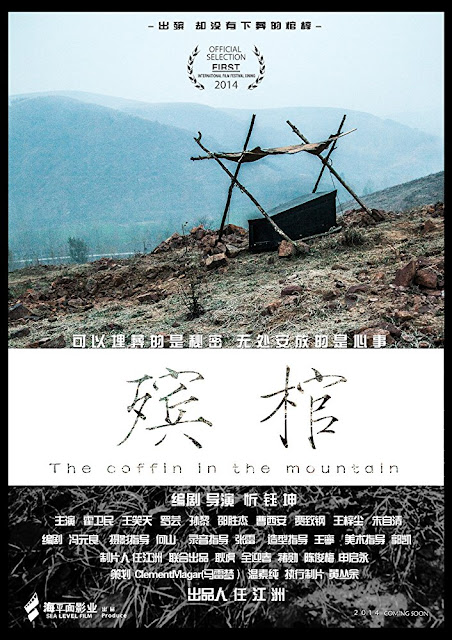 The Coffin in he Mountain (2014)
Thursday 15th @ 7:30pm (2hrs)
Drama/ Mystery (IMDB)
In this unconventional and darkly comic depiction of the claustrophobia of provincial life, a burned body is discovered in a mountain village and the search is on to discover how it got there. This debut feature from Xin Yukun uses a shifting timeline, multiple perspectives, and a large cast of idiosyncratic personalities to deepen the puzzle’s mystery.