Screenings in the Bay (Monday 7th to Sunday 13th): Beyond the Darkness, The Roast of Peaches Christ

We're at the top of a somewhat sparse week in San Francisco, but I'm happy to mention that the Alamo Drafthouse's Terror Tuesday and Weird Wednesday have both returned! And they both look good this week, with Beyond the Darkness screening Tuesday and Blue Vengeance the next day. With the Unnamed Footage Festival in the works, it's been a while since we've take two consecutive field trips but this week may be the comeback.

This Thursday the 18th Annual SF Sketchfest returns to the city and brings an crazy variety of shows. Opening week coincides with the bay area's horror loving drag queen Peaches Christ's birthday! The two have combined to make an event that I'm really looking forward to, The Roast of Peaches Christ, which will be this Sunday. 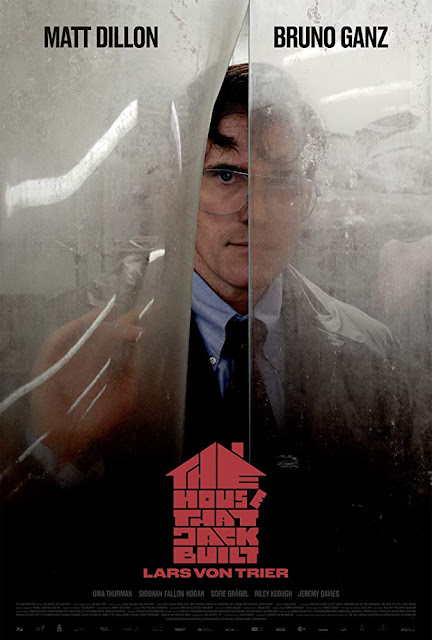 The House That Jack Built (2018)
Thursday 10th @ 5:40pm (2hrs 32min)
Drama/ Horror/ Suspense (Rotten Tomatoes)
Boundary-pushing cinematic visionary Lars von Trier (Antichrist) returns with one of his most daring, masterfully provocative works yet. In five audacious episodes, failed architect and arch-sociopath Jack (Matt Dillon) recounts the elaborately orchestrated murders-each, as he views them, a towering work of art-that define his "career" as a serial killer. Mixing pitch black humor, transcendent surrealism, and renegade musings on everything from history to architecture to cinema, von Trier fashions a radical, blazingly personal inquiry into violence, art, and the twin acts of creation and destruction. With Uma Thurman, Riley Keough, and Bruno Ganz. 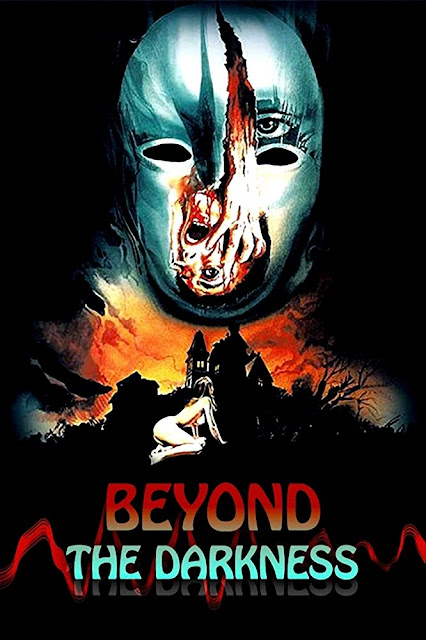 Beyond the Darkness (1979)
Tuesday 8th @ 10pm (1hr 34min)
Slasher/ Horror (Google)
Grief-struck after the death of his wife, a young man attempts to keep her with him forever - by gutting her, stuffing her and replacing her eyes with glass eyes, turning her into a doll. But his bouts of insanity are just beginning. 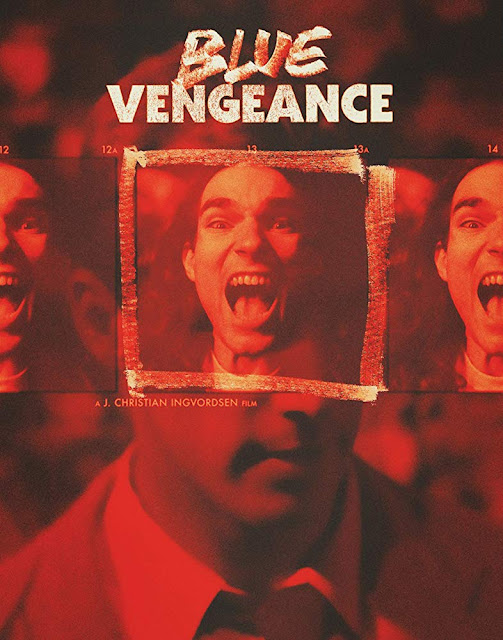 Blue Vengeance (1989)
Wednesday 9th @ 10pm (1hr 30min)
Action/ Crime/ Horror (IMDB)
Considered too dangerous to be on the force, ex-cop Mickey McCardle is tormented by the brutal murder of his partner. When a serial killer begins to stalk the streets of New York, McCardle senses that the same man responsible for his partner's death is to blame. Obsessed by his suspicions, McCardle must rise from the shambles of his life and take up a trail of revenge. 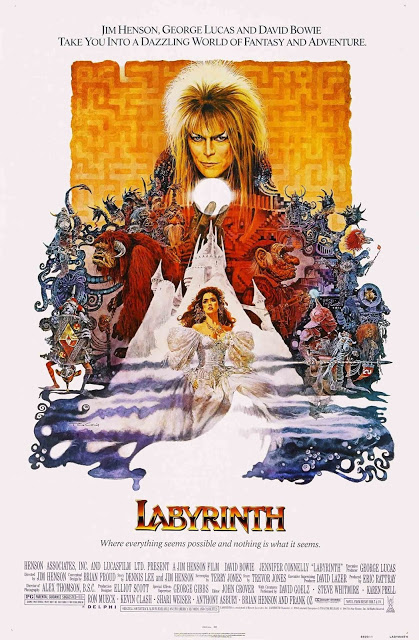 Labyrinth (1986)
Tuesday 8th @ 7pm (1hr 41min)
Adventure/ Fantasy (IMDB)
A 16-year-old girl is given 13 hours to solve a labyrinth and rescue her baby brother when her wish for him to be taken away is granted by the Goblin King. 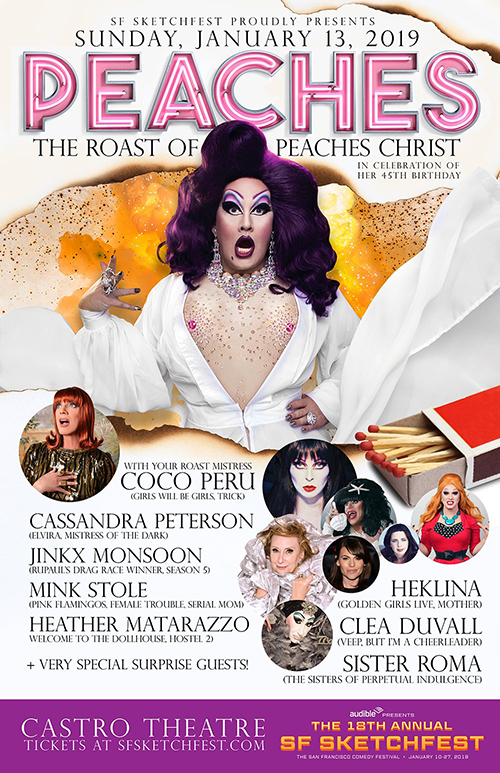 The Roast of Peaches Christ
Sunday 13th @ 8pm
Peaches Christ has been shocking and entertaining people from all over the world with her unique combination of Golden Age Hollywood and Slasher Horror humor for more than 20 years. The alter-ego of Joshua Grannell, who turns 45 this night, Peaches Christ is a San Francisco treasure, one of its deepest, darkest jewels that has had audiences rolling in the seats and aisles of both The Castro and the late-lamented Bridge, where her now legendary cult movie series, "Midnight Mass," was born back in the summer of 1998. We invite you to come to The Castro tonight for this celebration, destruction, and rebuilding-with-love of all things Peaches Christ as we roast this Bloody Queen of Queens within an inch of her life. Some of her nearest and dearest friends are here for this one-night-only experience, bound to keep us all laughing through the rest of the year with brilliant zingers and one-liners like only a roast of this magnitude can do. Confirmed roasters include Clea DuVall, Heklina, Heather Matarazzo, Jinkx Monsoon, Cassandra Peterson (aka Elvira, Mistress of the Dark), Sister Roma, Mink Stole, and Roast Mistress Coco Peru, and special surprise guests! 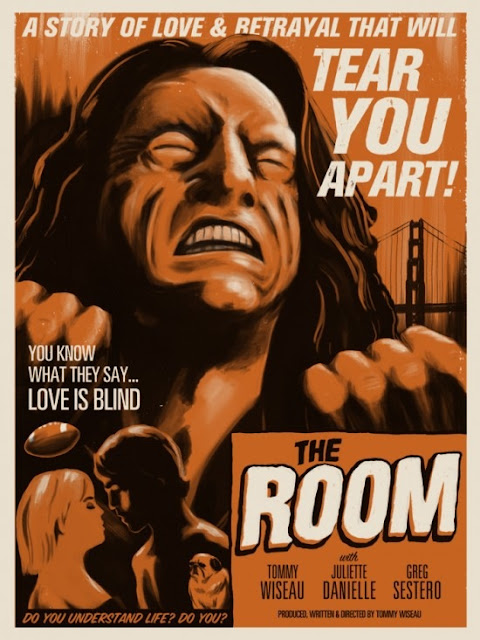 The Room (2003)
Friday 11th & Saturday 12th @ 11:55pm (1hr 39min)
Drama (IMDB)
This film centers on Johnny, a man who has it all; great friends, a good job, and a gorgeous fiancée named Lisa. But Lisa's innocent act masks the fact that she's looking to bring Johnny down, and her manipulations are tearing Johnny apart. As Lisa informs her cancer-ridden mother, Claudette, that Johnny hit her (and he did not hit her, that is bull$&*t, he did not!), Johnny's best friend, Mark, finds his resistance to Lisa's seductive charms weakening. Meanwhile, local orphan Denny looks up to Johnny, and needs the older man's help after the teen rips off a drug dealer. What kind of drugs? It doesn't matter. Then guys play football in tuxedos, because you can play football anywhere. 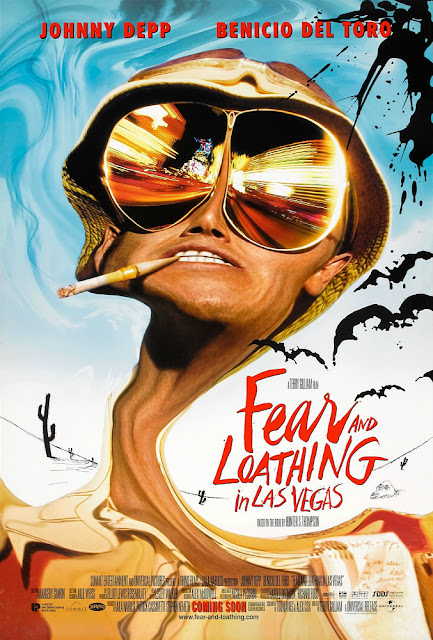 Fear and Loathing in Las Vegas (1998)
Saturday 12th @ 8:45pm (1hr 58min)
Drama/ Cult Film (Google)
Journalist Raoul Duke and his lawyer Dr Gonzo drive from LA to Las Vegas on a drugs binge. They nominally cover news stories, including a convention on drug abuse, but also sink deeper into a frightening psychedelic otherworld. As Vietnam, Altamont and the Tate killings impinge from the world of TV news, Duke and Gonzo see casinos, reptiles and the American dream.