This week is more eventful than even I anticipated and it's full of good and not so great surprises. I'll get the bad stuff out of the way because there's really only one bummer: the one night only screening of The Final Wish, starring the increasingly amazing Lin Shaye will not be screening close enough to the bay to be an Overlook field trip, but if you're closer to Redwood City or Mountain View (or one of the other cities it's playing in), let us know what you thought! The full list of participating theatres can be found on the Fathom Events site, or by clicking the links I'm sure you're all getting bombarded with on every social media you touch. 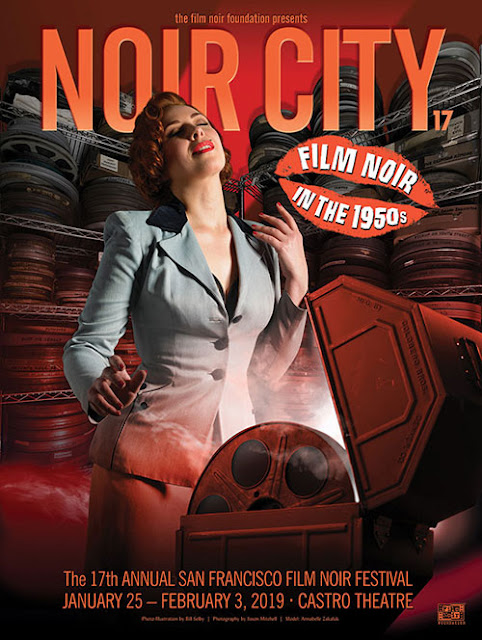 This Sunday, we'll see the end of this year's SF Sketch Fest, but two days before, the 17th annual Noir City film festival will celebrate opening night at the Castro Theatre. With morning and evening double features scheduled for the next week and a half, there is sure to be something to interest the 50's cinema fan within you!

Also in the good news category, Pledge will actually screen within San Francisco city limits at the 4 Star Theatre! It opens this Friday the 25th, check their site closer to the date for showtimes.

And just a heads up, next week's Terror Tuesday is selling out fast, as William Lustig will be doing a Skype Q&A after the 4K restored screening of Maniac. Get your tickets here. 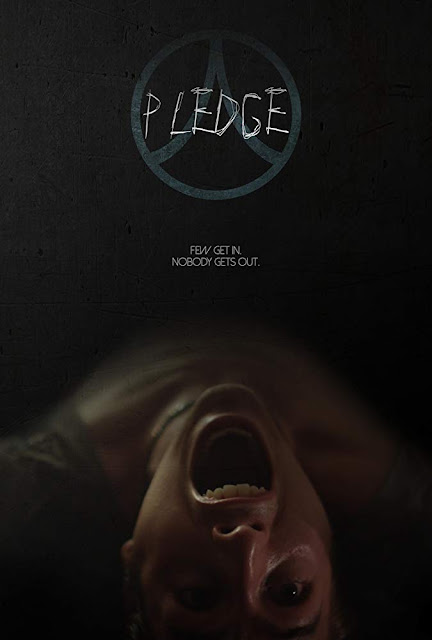 Pledge (2019)
Opens Friday 25th (1hr 18min)
Horror/ Thriller (IMDB)
Three friends get the chance to live the college dream when they're invited to join an elite fraternity-but first they'll have to survive the hazing from hell. Freshman social misfits Ethan (Phillip Andre Botello), David (Zack Weiner), and Justin (Zachery Byrd) are desperate to improve their terminally uncool reputations by pledging one of their university's prestigious Greek houses. When every frat on campus turns them down, they are unexpectedly recruited by a shadowy social club offering them access to an exclusive world of raging parties, eligible coeds, and VIP social status. The catch? A sadistic initiation ritual that goes from depraved to deadly over the course of 48 booze- and blood-soaked hours. Spiked with twisted humor and gruesome shocks, Pledge asks: how far would you go to be popular? 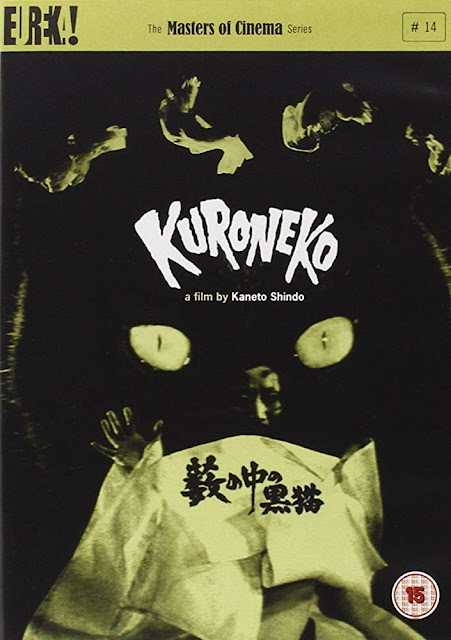 Kuroneko (1968)
Tuesday 22nd @ 10:25pm (1hr 39min)
Drama/ Horror (IMDB)
This cinematic retelling of the venerable Japanese folktale A Cat's Revenge is set in the 12th century. Two women are raped and killed by renegade samurai warriors. The victims come back to life as ghosts and seek revenge on the guilty criminals. Tempted by the promise of love, the samurai are lured to a secluded country house before being murdered by the throat ripping temptresses. A warrior assigned to destroy them happens to be the son of one of the dead women and the husband of the other. 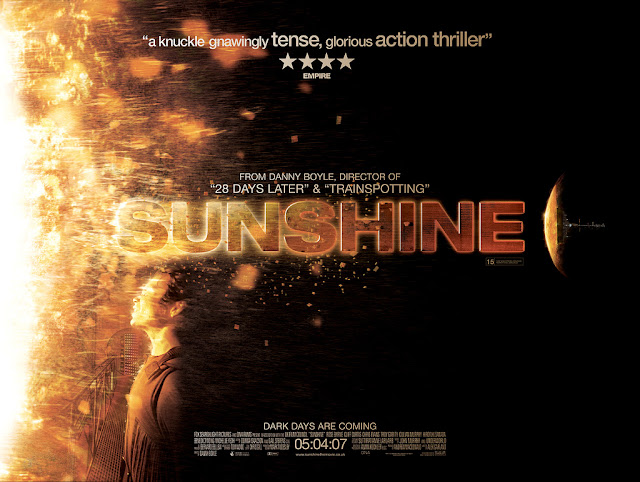 Sunshine (2007)
Wednesday 23rd @ 10:20pm (1hr 47min)
Adventure/ Sci-Fi/ Thriller (IMDB)
As the sun begins to dim along with humankind's hope for the future, it's up to a desperate crew of eight astronauts to reach the dying star and reignite the fire that will bring life back to planet Earth in this tense psychological sci-fi thriller that re-teams 28 Days Later director Danny Boyle with writer Alex Garland and producer Andrew Macdonald. The skies are darkening, and the outlook for planet Earth is grim. Though the encroaching darkness at first seems unstoppable, scientists have concocted one desperate last-ditch plan to buy the human race a temporary reprieve from the grim future that looms just past the horizon. A crew of eight men and women has been given a nuclear device designed to literally reignite the sun and sent hurtling through infinity on the most crucial space mission ever attempted. 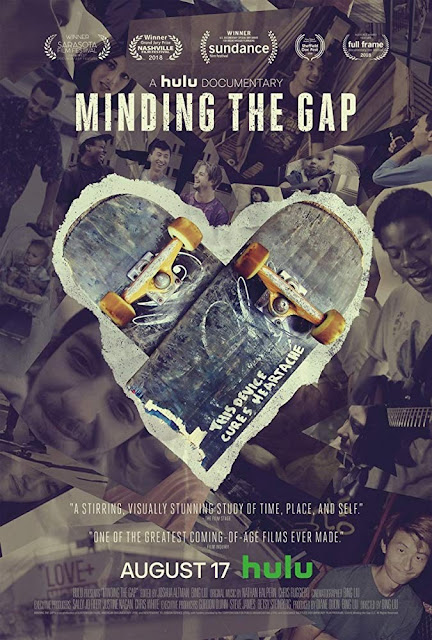 Minding the Gap (2018)
Sunday 27th @ 12pm (1hr 33min)
Documentary (IMDB)
Compiling over 12 years of footage shot in his hometown of Rockford, IL, in MINDING THE GAP, Bing Liu searches for correlations between his skateboarder friends' turbulent upbringings and the complexities of modern-day masculinity. As the film unfolds, Bing captures 23-year-old Zack's tumultuous relationship with his girlfriend deteriorate after the birth of their son and 17-year-old Keire struggling with his racial identity as he faces new responsibilities following the death of his father. While navigating a difficult relationship between his camera, his friends, and his own past, Bing ultimately weaves a story of generational forgiveness while exploring the precarious gap between childhood and adulthood. 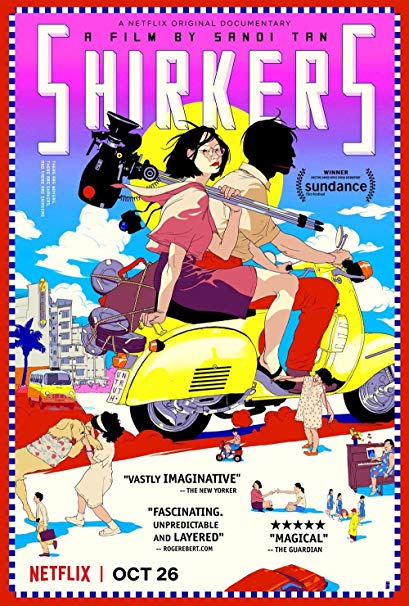 Shirkers (2018)
Sunday 27th @ 4pm (1hr 37min)
Documentary (IMDB)
Shirkers was a Singapore-made 1992 cult classic from teenage friends Sandi Tan, Jasmine Ng and Sophie Siddique--or it would have been, had the 16mm footage not been stolen by their enigmatic American collaborator Georges Cardona. More than two decades after Cardona disappeared, Tan, now a novelist in L.A., returns to the country of her youth and to the memories of a man who both enabled and thwarted her dreams. Magically, too, she returns to the film itself, revived in a way she never could have imagined. 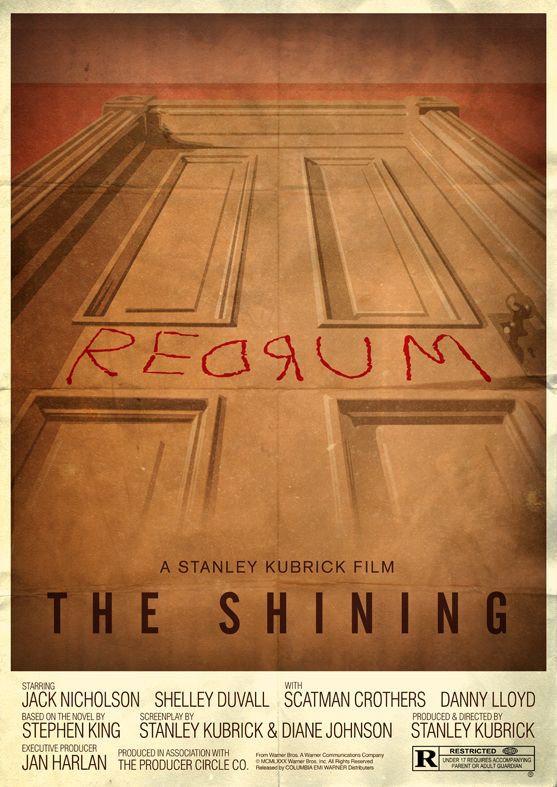 The Shining (1980)
Wednesday 23rd @ 7pm (2hrs 26min)
Drama/ Horror (IMDB)
"All work and no play makes Jack a dull boy" -- or, rather, a homicidal boy in Stanley Kubrick's eerie 1980 adaptation of Stephen King's horror novel. With wife Wendy (Shelley Duvall) and psychic son Danny (Danny Lloyd) in tow, frustrated writer Jack Torrance (Jack Nicholson) takes a job as the winter caretaker at the opulently ominous, mountain-locked Overlook Hotel so that he can write in peace. Before the Overlook is vacated for the Torrances, the manager (Barry Nelson) informs Jack that a previous caretaker went crazy and slaughtered his family; Jack thinks it's no problem, but Danny's "shining" hints otherwise. Settling into their routine, Danny cruises through the empty corridors on his Big Wheel and plays in the topiary maze with Wendy, while Jack sets up shop in a cavernous lounge with strict orders not to be disturbed. Danny's alter ego, "Tony," however, starts warning of "redrum" as Danny is plagued by more blood-soaked visions of the past, and a blocked Jack starts visiting the hotel bar for a few visions of his own. 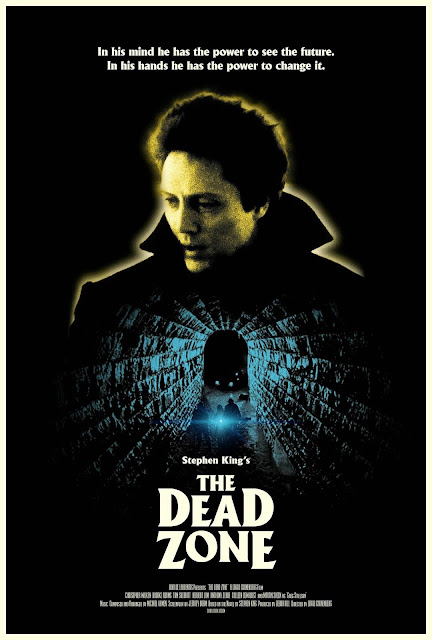 The Dead Zone (1983)
Wednesday 23rd @ 5pm & 9:35pm (1hr 43min)
Horror/ Sci-Fi/ Thriller (IMDB)
When Johnny Smith (Christopher Walken) awakens from a coma caused by a car accident, he finds that years have passed, and he now has psychic abilities. Heartbroken that his girlfriend (Brooke Adams) has moved on with her life, Johnny also must contend with his unsettling powers, which allow him to see a person's future with a mere touch. After shaking the hand of aspiring politician Greg Stillson (Martin Sheen), Johnny sees the danger presented by the candidate's rise and resolves to kill him. 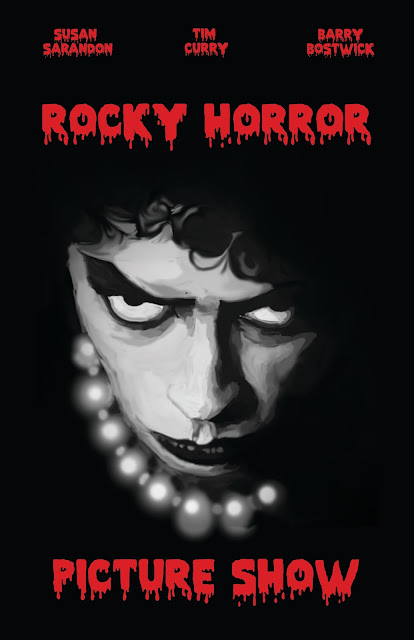 Rocky Horror Picture Show (1975)
Saturday 26th @ 11:55pm (1hr 41 min)
Comedy/ Scifi/ Horror/ Musical (Rotten Tomatoes)
This low-budget freak show/cult classic/cultural institution concerns the misadventures of Brad Majors (Barry Bostwick) and Janet Weiss (Susan Sarandon) inside a strange mansion that they come across on a rainy night. After the wholesome pair profess their love through an opening song, their car breaks down in the woods, and they seek refuge in a towering castle nearby. Greeting them at the door is a ghoulish butler named Riff Raff (Richard O'Brien), who introduces them to a bacchanalian collection of partygoers dressed in outfits from some sort of interplanetary thrift shop. The host of this gathering is a transvestite clad in lingerie, Dr. Frank N. Furter (Tim Curry), a mad scientist who claims to be from another planet. 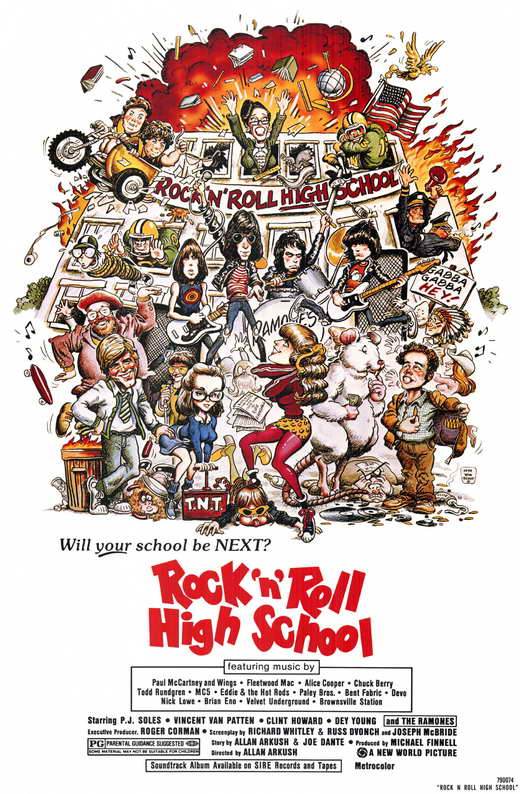 Rock 'n' Roll High School (1979)
Thursday 24th @ 9:15pm (1hr 33min)
Comedy/ Music (IMDB)
Vince Lombardi High School continues to lose its school principles. The students are more concerned with rock 'n' roll than their education until the new principle, Miss Evelyn Togar is hired. She promises to set Vince Lombardi High School straight, and get the students focus back on education. However, a Ramones concert is coming to town, and Riff Randall, the biggest Ramones fan at the high school, plans on getting tickets to the concert in order to give them a song that she wrote entitled "Rock N' Roll High School". A series of events including Miss Togar taking away Riff's tickets, a record burning and a taking over of the high school by Vince Lombardi High students and the Ramones, leads to a school evacuation by the police and an even more surprising ending!