There is so much going on in the city this week it took me an extra day to collect myself! We've still got four days of Noir City at the Castro Theatre, and the lineup has yet to reach the David Goodis screenplay double feature. This pair includes Nightfall, which was directed by Jacques Tourneur, whose film Cat People just screened earlier this month at the Super Shangri-La's double feature. When it was raining cats and dogs... ;)
Parooze the full schedule at NoirCity.com.

We're also in the eve of two things, one of which is the next installation of 16 Millimurder at the Balboa Theatre. The film this time around is the classic and doubly bloody Carrie, which will be accompanied by some amazing trivia prizes!

This Wednesday is also opening night of the 21st annual SF Indiefest! There are so many great looking films in this lineup, you would be doing yourself a disservice by not looking through the calendar. This Saturday (with an encore screening Tuesday) the fest will be screening the first film that grabbed my attention, My Friend the Polish Girl. Not only is there a Cat Sick Blues style mask on the calendar, but it's also a faux documentary, which is perfect considering Found Footage February is only two days away!

As for single film releases this week, we have two highly stylized pieces of art: Piercing and Braid. I recommend both. And Terror Tuesday tonight will be the 4K restoration of William Lustig's Maniac, followed by a Skype Q&A with the director himself! 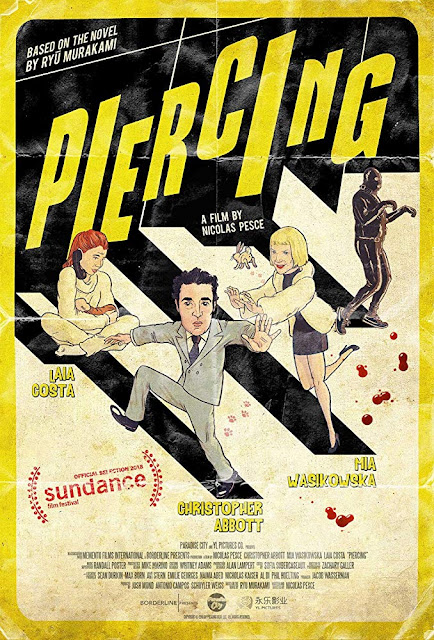 Piercing (2019)
Opens Friday 1st (1hr 20min)
Horror/ Thriller (IMDB)
A man kisses his wife and baby goodbye and seemingly heads away on business, with a plan to check into a hotel, call an escort service, and kill an unsuspecting prostitute.

Screening at the Landmark Clay Theatre 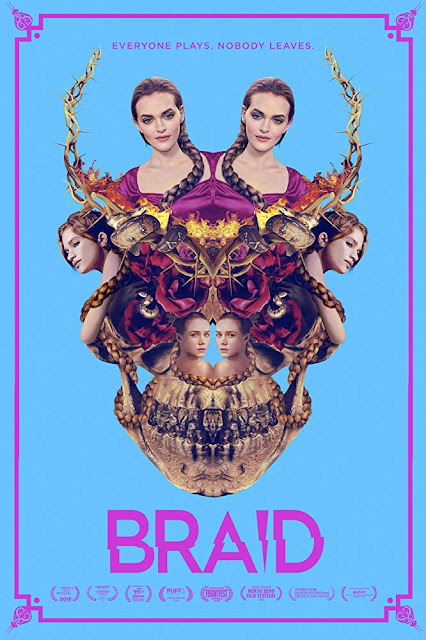 Braid (2019)
Limited Theatres/VOD Friday 1st (1hr 22min)
Horror/ Mystery/ Suspense (Rotten Tomatoes)
Two wanted women decide to rob their wealthy yet mentally unstable friend who lives in a fantasy world they all created as children. To take her money, the girls must take part in a deadly and perverse game of make believe throughout a sprawling yet decaying estate. As things become increasingly violent and hallucinatory, they realize that obtaining the money may be the least of their concerns. 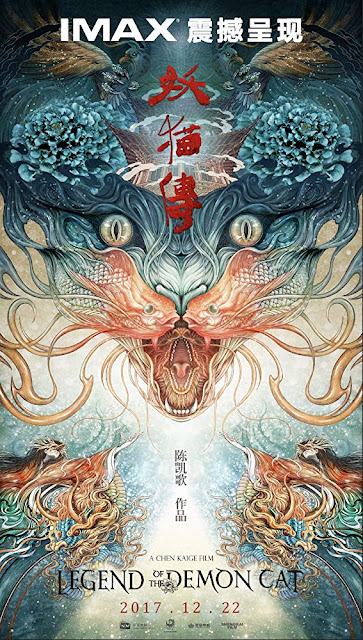 Legend of the Demon Cat (2019)
Opens Friday 1st (2hrs 9min)
Drama/ Fantasy/ Horror (IMDB)
LEGEND OF THE DEMON CAT is set over a thousand years ago during the Tang Dynasty. A Chinese poet and a Japanese monk join forces to investigate a demonic cat who has possessed a general's wife and wreaked havoc on the imperial court. The investigation takes gruesome and unexpected twists, resulting in the monk and the poet unraveling the mystery behind the death decades earlier of legendary, beautiful concubine Yang Guifei. 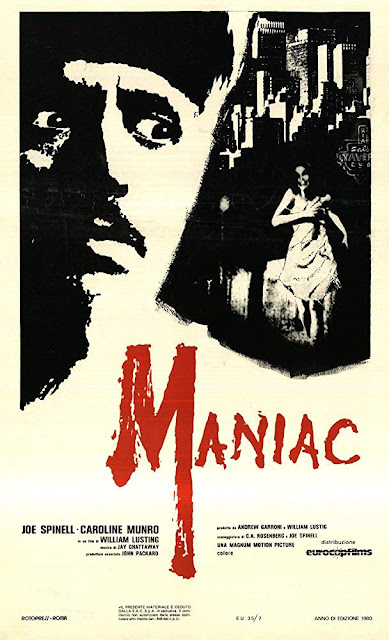 Maniac (1980)
Tuesday 29th @ 9:30pm (1hr 27min)
Drama/ Slasher (Google)
Maniac, given an X-rating for extreme violence and gore, is the story of a New York psycho (Joe Spinell) who kills females and scalps them for his mannequin collection at home.

Q&A with Director William Lustig before the 4K screening! 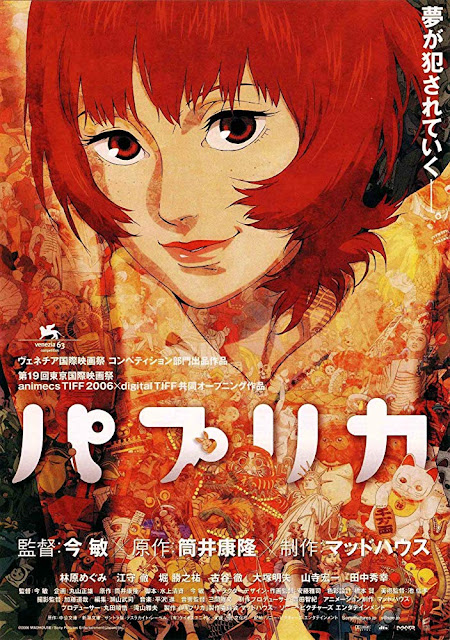 Paprika (2006)
Wednesday 30th @ 10:30pm (1hr 30min)
Animation/ Adventure/ Crime (IMDB)
When a machine that allows therapists to enter their patients' dreams is stolen, all Hell breaks loose. Only a young female therapist, Paprika, can stop it. 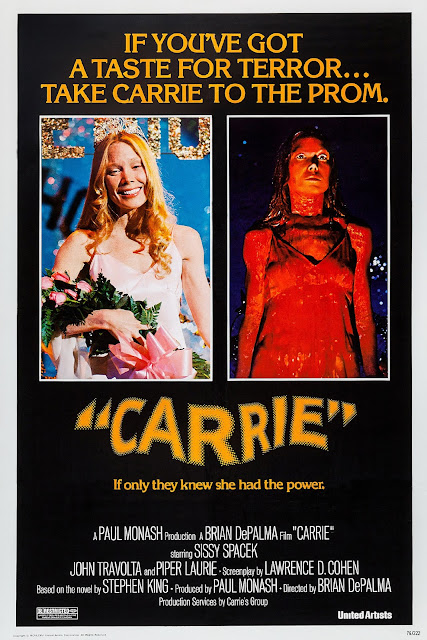 Carrie (1976)
Tuesday 16th @ 7:30pm (1hr 38min)
Horror (IMDB)
Carrie White, a shy, friendless teenage girl who is sheltered by her domineering, religious mother, unleashes her telekinetic powers after being humiliated by her classmates at her senior prom. 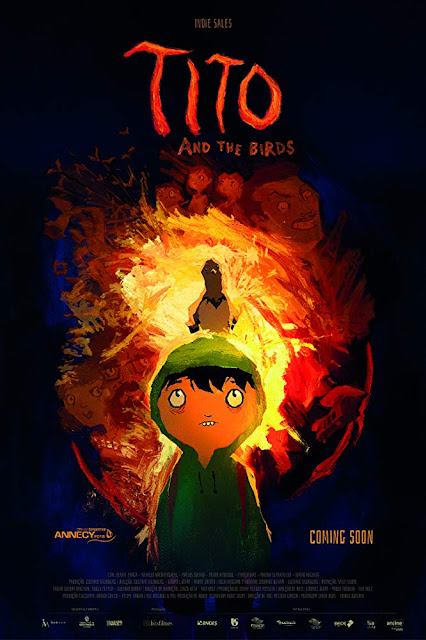 Tito and the Birds (2018)
Opens Friday 1st (1hr 13min)
Animation/ Action/ Drama (IMDB)
Tito and the Birds is a film about a little boy and his journey to save the world. Tito, a shy 10-year-old boy, lives in a world on the brink of pandemic. Fear is crippling people, making them sick and transforming them. Tito realizes, based on his father's past research, that there may be a way to utilize the local pigeon population and their songs to create a cure for the disease. His father was forced to leave when Tito was only six and the struggle to find a cure becomes linked with the search to find his father again, along with his own identity. Part action part drama, Tito's journey is at once an uplifting and insightful adventure about a boy fighting to find out what is right and to learn how to overcome his own fear. 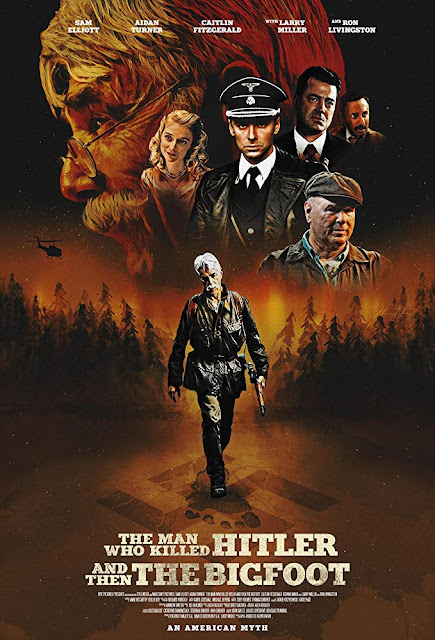 The Man Who Killed Hitler and then Bigfoot (2019)
Thursday 1st @ 7pm (1hr 38min)
Adventure/ Drama (IMDB)
THE MAN WHO KILLED HITLER AND THEN THE BIGFOOT follows the epic adventures of an American legend that no one has ever heard of. Since WWII, Calvin Barr (Elliott) has lived with the secret that he was responsible for the assassination of Adolf Hitler. Now, decades later, the US government has called on him again for a new top-secret mission. Bigfoot has been living deep in the Canadian wilderness and is carrying a deadly plague that is now threatening to spread to the general population. Relying on the same skills that he honed during the war, Calvin must set out to save the free world yet again. 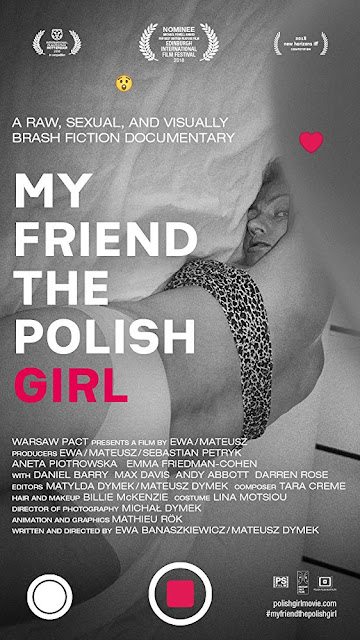 My Friend the Polish Girl (2018)
Saturday 2nd @ 7:15pm (1hr 27min)
Faux Documentary
MY FRIEND THE POLISH GIRL borrows from cinéma vérité and video bloggers to create a rare naturalism in style and performance. The fiction film watches as an experimental documentary told through the eyes (and lens) of amateur filmmaker Katie: an American rich kid following Alicja, an erratic unemployed Polish actress. Set in a post-Brexit-vote London, Katie's colonizing, disruptive presence in Alicja's life mirrors the treatment of migrants in the UK: Welcomed, used, then discarded. A raw, sexual, and visually brash fiction documentary exploring the abusive power and control over someone's intimacy.