The Berkeley Blazer Overlooks: Peter Strickland's, "The Duke of Burgundy"

Are you comfortable?
You'll want to be, as you enjoy the first edition of
The Berkeley Blazer Overlooks... 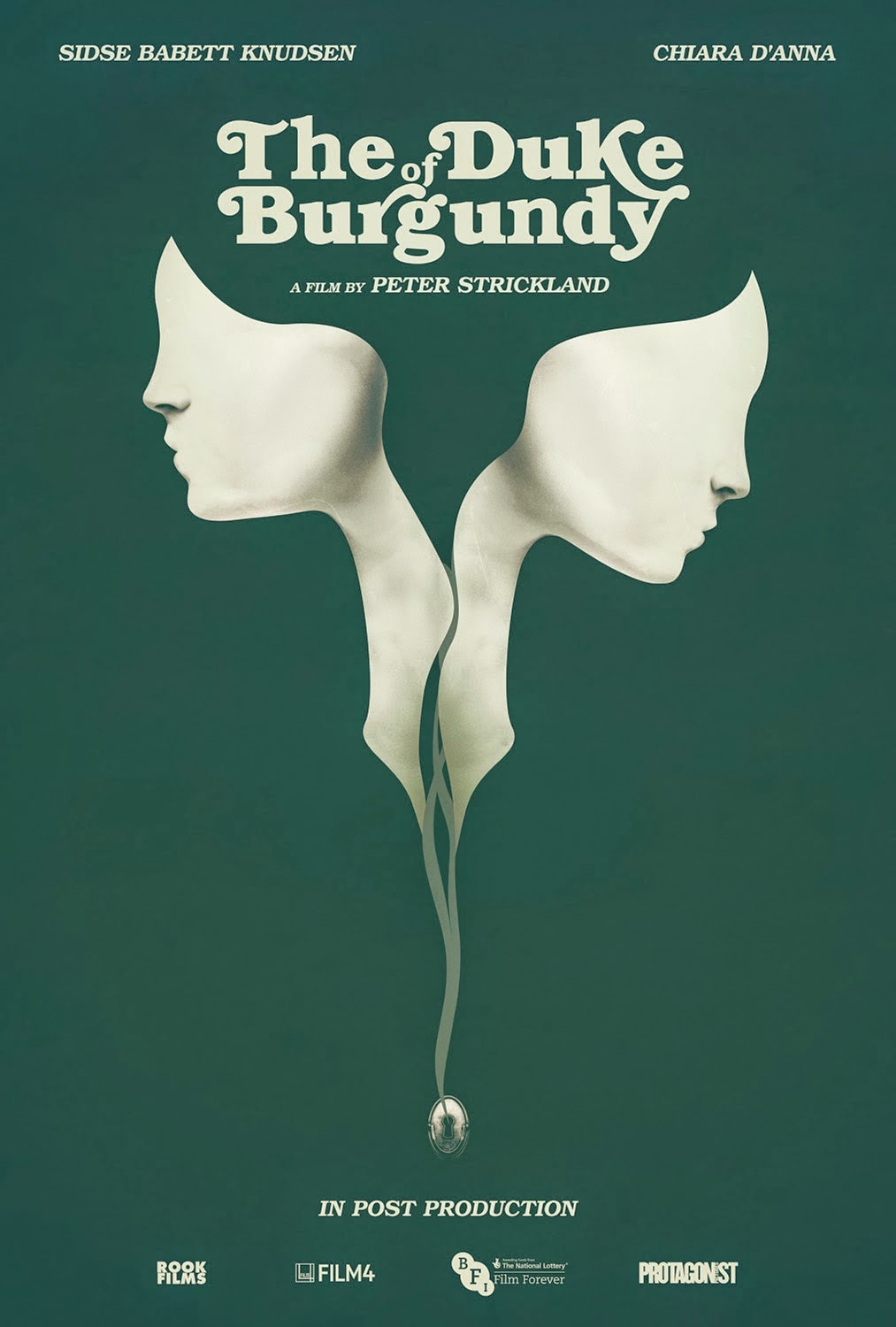 Four citizens of The Overlook ventured forth into San Francisco’s famous Mission district to one of the artsiest of art house theatres, the Roxie.  The Roxie regularly features films far off the center, even for a city like San Francisco.  When Michel Gondry’s Is the Man Who is Tall Happy?,  a fantastic, crudely animated interview with linguist Noam Chomsky first debuted, the Roxie was the only venue in the bay area to feature it.  There is a Big Roxie (238 Seat) auditorium and and Little Roxie (49 seat), and the Little Roxie was an appropriately cozy place to see The Duke of Burgundy, an intimate, gothic, BDSM fairy tale about an entomologist lesbian couple and the ironic vicissitudes of their erotic power dynamics. Burgundy immediately feels like a period piece despite its never mentioning what year or decade it's supposed to take place, but it wouldn’t be a stretch to say the look is “somewhere in Europe in the early 20th century." Strickland plays this one mainly for a heady, hypnotic atmosphere; content wise this film is a straightforward love story about living up to the desires the one you love.  The 70’s-style opening homage has a student on her bike pedaling through a sylvan landscape to the waify angelic vocals provided by Cat’s Eyes, the ambient pop duo who lend the Burgundy much of it’s ethereal tone. It is then our privilege to be taken behind closed doors to observe the two leads enact fantasies in a majestic ivy-clad manse in the middle of a forest. 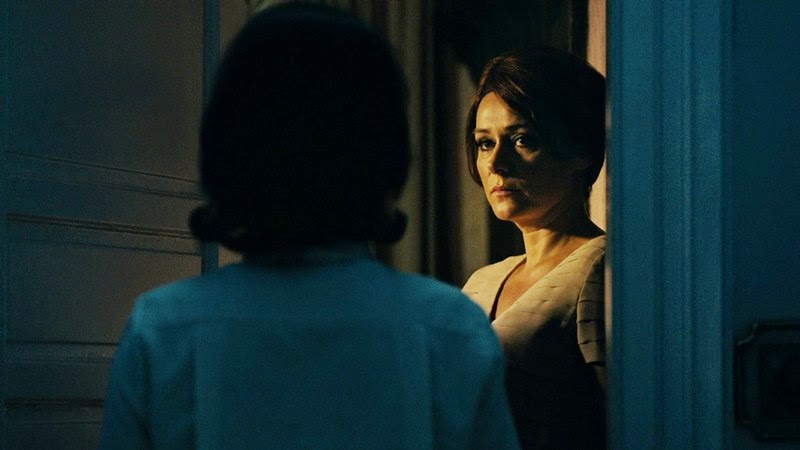 Locals in Burgundy vary but all convey a sense of blissful, brooding isolation; though there is nothing particularly meaningful about the factual local it is nonetheless interesting to note that the film was filmed in Hungary. The woman we find therein: a deliciously auburn-tressed professor who plays the immovably tyrannical domina to our apparently demure student; both attend and work at a nearby all-female society of entomology where young ladies and their doting professors lust over and analyse insects. Throughout the picture, camera framing and visual effects work longingly and lovingly meditate over these otherworldly bugs --both dead and alive-- intensifying an already eldritch mise-en-scène: hooded figures with lanterns; nights in the woods; emphatically European decor, architecture, and dress. 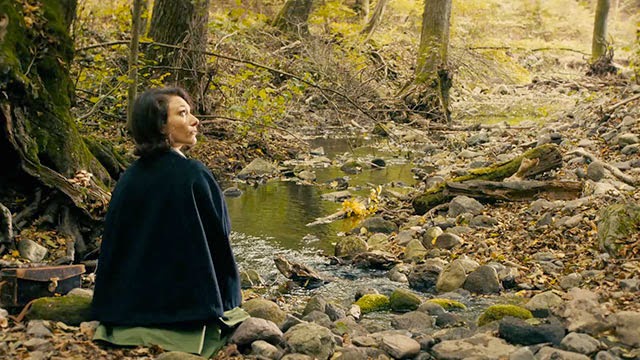 When Burgundy begins we are dropped into the middle of this fantasy as we watch the student despairingly hand-wash her mistresses’ panties while the soap bubbles pop luridly in our ears.  It seem as if the poor girl is being humiliated and simply has not the backbone to defy her unwavering domina. As the story unfolds, of course, the truth is more complicated and their relationship is revealed to be much more prosaic, scripted, and basically mechanical.  We find our student is pulling her increasing despairing lover into an endless repetition of banal fantasies enacted in detail.  The beauty of Burgundy's world and propensity for scenes falling into a visual reverie prevent the fantasies from becoming too tedious, as does the film’s subdued sense of humor: our two heroines discuss with a consultant about obtaining an particularly elaborate constraint device, the domina desperately downs glasses of water while performing her dehydrating duties.  At the same time, the repetition is just taxing enough to allow us to easily sympathize with our ultimately submissive domina and her growing angst at her situation, and this is ultimately where the true dramatic core of the story emanates.

Burgundy is a fine example of how genre film can be used to create something new and potent, for this film would not be possible without the sexploitation films produced in Europe in the 60’s and 70’s. Some Overlookers found aspects movie slightly bewildering but nonetheless enjoyed its visual storytelling and genre trappings, and I personally thought it ran just a little too long. It of course must be mentioned that this film follows hard on the heels of the release of Fifty Shades of Grey, but having no familiarity with that story besides a few quick skims of the source novel I feel any comparisons I could venture would seem superficial, except to mention that despite being a film original, Burgundy seems the more “literary” of the pair. I just hope that the fact that something like Fifty Shades could be mainstream indicates that there will be a larger potential audience for Burgundy despite it’s limited release. 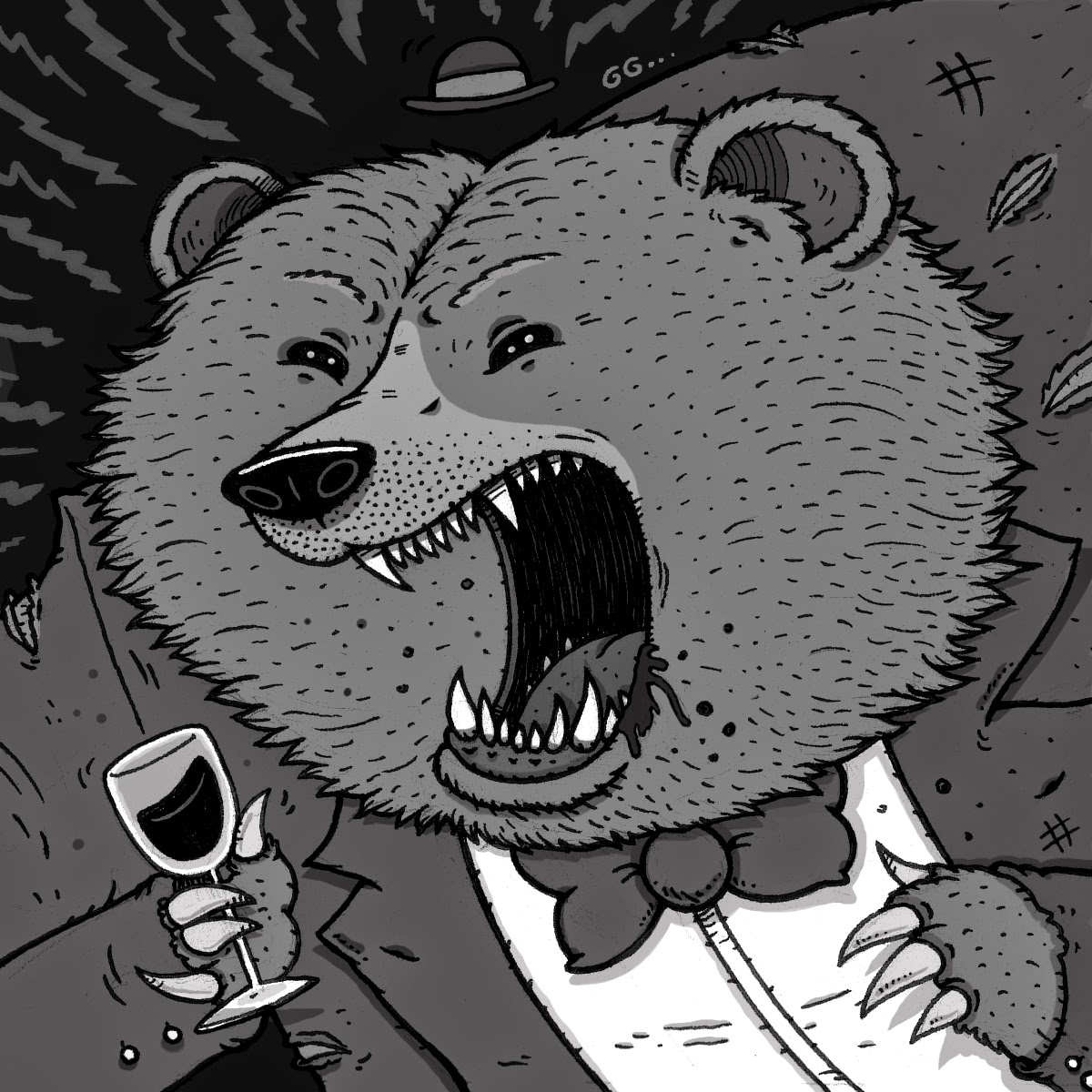 All opinion's as they are seen above do not necessarily reflect the views or positions of the Overlook Theatre. Although if you agree with them, we'll take the credit.
Posted by Lord Battle at 2:55 PM