Digging Up the Dirt with KillDozer and Chuck Conry, Writer/Director/Editor of Morbid

It was during a regular trip to one of the only remaining FYE stores that we came across Morbid, and that cover art ensured that we would be buying it without knowing much of its backstory. And warnings like "The producers ask that no one with a bad heart or history of mental illness watch this film" dared us to screen it to the Overlook creatures, which we did. That story is for another day, but it did put us in contact with the film's director/writer, Chuck Conry, who was willing to answer some questions about his first feature and the mirco-budget filmmaker's process.

This interview is sure to put you in the mood for tonight's Video Vortex screening at the San Francisco Alamo Drafthouse. They'll be screening Night Ripper! a straight to video 80's slasher with is "an unheralded slice-of-the-evil-life from the direct-to-video trenches." Enjoy! 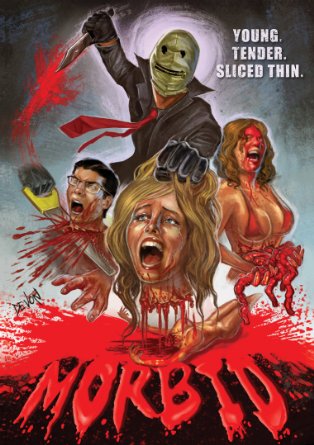 KillDozer: What's your name, and how did you get into film making?

Chuck: My name is Chuck Conry and after a lifetime of watching movies and a few years of reviewing them, I decided that I might as well get a camera and give it a shot.


KillDozer: Do you write, direct, film, and edit your own films?

Chuck: I wrote, directed, and edited my last one. I don't usually work the camera myself, but that may change next time around. I have an idea of how I want things to look so I'd rather wear all the hats I can.


Chuck: Do you consider your film making team a collective of sorts or are you a one man operation?

Chuck: My friends and I call ourselves "Grundy Nation Films". One of us may be writing or directing, but all of us usually have a hand in whatever we are doing in some form or another.


KillDozer: What are the ups and downs of creating a micro budget film? I would assume total creative control is amazing but perhaps lack of funds might hold your vision back from completion.

Chuck: I like the freedom and the money can be an issue, but I've found the worst thing about it is usually no budget movies mean everyone is working for free, so if someone decides they don't want to show up anymore you're forced to try to re-work things. I had that happen a few times on Morbid and it could be a headache. It's one reason we had to pad it out a bit in spots.


KillDozer: Do you fully fund your films or do you reach out for funding?

Chuck: My friends and I usually get what we need to get. Which isn't much outside of a few props and corn syrup, so we're not really spending much anyway.


KillDozer: Do you write scripts based on what you want or what you have to work with?

Chuck: I just write them and let them go where they go and then worry about how I'll make it happen after. Morbid was more of a writing it to fit what I know I have thing, but from now on I won't limit myself right out of the gate like that.


KillDozer: The cover art for Morbid is awesome. Who did the art work and what was your input to the artist?

Chuck: I love the cover myself and it really goes well with that throwback feel we wanted, but the idea was all Wild Eye Releasing (the distributor). The artist is Devon Whitehead. He does covers for a lot of indie horror companies and I don't think I've seen him do a bad cover yet.


KillDozer: Have your films screened at any fests?

Chuck: Not yet. I didn't really try to get it shown at any fests. I was more worried about wanting to get a distribution deal and just getting it out there.


KillDozer: When casting do you audition or recruit talented friends?

Chuck: I certainly try to get the most talented ones first. Usually, by the time a really indie film is up and rolling you have to just get whoever you can find to plug in the holes.


KillDozer: The practical effects in Morbid look fun and are surprisingly effective. Who worked on effects for you? How did you go about designing them?

Chuck: Ryan Grooms and Brandon Layne are the guys who came up with the effects. Both are really hardcore slasher movie fans and tried to mimic some of the practical things they saw in some of those older movies. Since both had pretty big roles in the movie by acting and helping behind the camera anyway, I got lucky that they could do what they did. If we had more time I'm sure we've have had a lot more cooler things than we did.


KillDozer:  How did you go about choosing music for the film.

Chuck: One of my best buddies is Vincent Renfield from the band The Renfields. He's tight with a lot of bands and because of that, he was able to get us a lot of songs for the film.


KillDozer: Do you have any new projects in the works?

Chuck: I have a few I'm working on and hoping to get one or two rolling this Summer. When you are taking a do-it-yourself approach it is hard to get everything you need in a timely manner when you can also get everyone you need to film something. So sooner or later I'm sure you'll be seeing a couple new projects coming with my name on them.

KillDozer: Which slasher do you think you could survive?

Chuck: Intruder! Knowing me I'd probably have called in sick the day everyone started getting killed anyway. Or at least I'm counting on the idea that I would.


KillDozer: What's the last film that blew your mind?

Chuck: I loved The Taint from directors Drew Bolduc and Dan Nelson. It is a simple movie in a lot of ways, but it is also extremely fun and creative.


KillDozer: What is the most money you have spent on a horror collectible and what was it?

Chuck: I'm not big on collectibles in general, but I'm a hardcore movie buyer. So I'm sure some of the sets I have were a pretty penny for the time. I know I spent about $90 on that now out of print Friday the 13th Blu-ray set. That's probably the most I've spent on anything like that.


KillDozer: What is the worst thing said about any movie you have made?

Chuck: Well, so far I've only had one real movie and it seems to be a movie either people enjoy or really hate. That being said, I've heard a few really bad things about it. One guy did mention I should never be allowed to be behind a camera again, so that might be the worst. 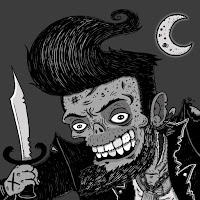 -KillDozer
Posted by Lord Battle at 11:33 AM