This show just keeps getting better! Were you guys paying attention during the opening credits? We made a specific effort to keep an eye on them, just to make sure that the director of this one was who we’ve been waiting for. And it was! Episode 9 was lucky enough to have Ti West heading it, and it was one of the best in the season! Of course, I might have a biased opinion…

At this point in the show, we all feel very confident in our theory and you guys all know it by now. The only thing we’re in danger of is the potential multiple interchangeable endings that the writers might have been ready with. If this is the case, we all agree that the only other candidate for killer is the always nosey, always conveniently located Piper Shaw.

I want to start off by debunking one of the biggest point against this theory, which is the borderline senile “Momma James” pointing out Kieran as being Brandan James’s son, after initially saying it was Seth Branson. My biggest issue with it was that Piper supposedly went back off camera, alone, and got that information. So we are supposed to trust the mysteriously motivated reporter with such a huge piece of the puzzle? There is also the question of yet another red herring; the video of Kieran walking Nina out of the bar that Rachel shot. Isn’t it strange that both of our suspects, Audrey and Piper, are trying to place the blame on the same guy and using his mysterious nature against him? Interesting ploy, ladies.

Piper has been very weird towards Emma throughout the entire show, always trying to insert herself into Emma’s business the way a big sister would. She was also there to console her through some very personal issues, visited her at the hospital after her breakdown even, and got much closer to her than anyone else in town. She also made it a point to bring up that her father was dead, perhaps to forcibly create an emotional bond with her long lost little sister. And the whole offering her flask to Emma after her confrontation with Will had the same sisterly feel.

Meanwhile, Seth Branson or Palmer, whatever he is to you, remains subtly ominous even as he sits in the interrogation room of the sheriff’s office. Only a man with a planned out escape would be so brazen, and he knows his partner is going to ease the blame off of him by appearing in the most public way, while he is incarcerated. So he can coolly say something like, “You’ll find out soon enough,” to Emma and not worry about how it must make him look.

The last little thing I’ll mention has to do with the title of this episode: The Party. We were made to think that this was referring to the Halloween party that most of the teens in town were going to, but it’s obvious after watching it that this was referring to the smaller, more intimate party at the emotionally devastated Brooke’s house, which we will have to wait an entire week to see! Just a hint that the finale is going to be very memorable!

On a side note I'd like to say, goddammit MTV! Could you have picked a worse time to put that blaring bright green ad on the screen?? We're trying to listen to the plot thicken, but all anyone can remember from this scene is Miley Cyrus's awful flopping tongue, which is highlighted by the brightest red lipstick and then further highlighted by a neon green background. Cheap. Very cheap. 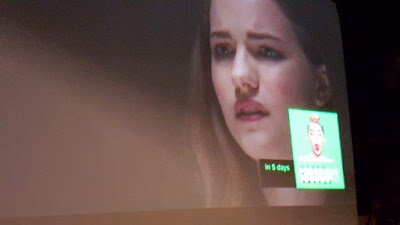 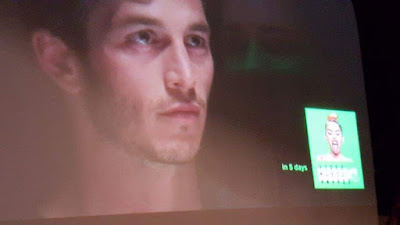 I must say, I love the idea of stretching out a Halloween episode for 2 weeks, even if waiting for it will take some doing. Till next week! 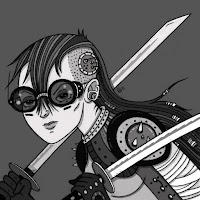