Bluray Tuesday is back! Very light week this week again, so our pockets will be happy. Shout Factory releases the 20th anniversary of Hackers starring Johnny Lee Miller and Angelina Jolie. I don't really remember this film, I did see when I was younger. Next out is for the first time on bluray Psycho Beach Party with Nicholas Brendan from Buffy The Vampire Slayer. This I actually haven't seen and it seems interesting, so I may give it a look in the near future. Cub and Ejecta are new releases both out from this past year. Scream Factory / IFC Midnight release Ejecta a sci-fi thriller that looks just okay but do plan to watch soon. Cub is definitely one I hope will be screened soon at the Overlook and reviewed, so stay tuned for that one. Overall interesting releases this week, I am still looking forward to September & Octobers releases, there's a lot to look forward to. What will you be buying, renting or just skipping this week? Let us know in the comments and check us out on Instagram here. There are a few digital copy giveaways going on right now so check us out.

Florence, a schizophrenic surfer chick, and her alter ego, Ann, a promiscuous partier with a violent streak and a mouth like a truck driver. When a rash of sun-drenched murders occurs, "both" women become prime suspects, along with a surfing guru, a B-movie actress and a Swedish exchange student. "Psycho Beach Party" is a manic party-mix of 50's psychological thrillers, 60's beach movies, and 70's slasher films. The story focuses on Chicklet Forrest (Lauren Ambrose), a sixteen-year old tomboy who's desperate to be part of the in-crowd of Malibu beach surfers. She's the typical American girl - except for one little problem: her personality is split into more slices than a pepperoni pizza.

An impressionable youngster (Maurice Luijten) sees and hears things that lead him to believe that his troop leaders' scary tale about a feral boy is true.

The story of two men who witness an unexplainable event in the atmosphere on the eve of a historic solar storm and must survive a terrifying life form that's hunting them. An anonymous group will stop at nothing to unearth the truth behind what happened that night to the men and prove to the world that we were never alone in the universe.

A sadistic count tortures and murders his unfaithful wife and her lover, then removes their hearts from their bodies. Years later, the count remarries and the new wife experiences nightmares and hauntings. The ghosts of the slain return to exact their bloody revenge, until their hearts are destroyed... 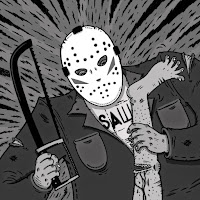