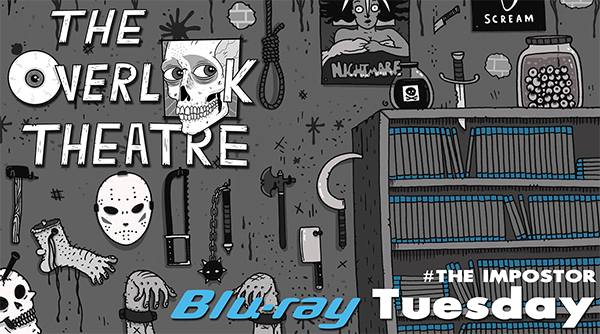 It's that time if week again, Bluray Tuesday. First up today is 80's horror film Offerings. I've never seen this but it's released today for the first time on bluray and it sounds right up my alley, so it's a definite pickup for me. Next up from Arrow Video is fantasy horror Images for the first time on bluray with new bonus material. Scream Factory releases Nightmare at Noon and Rockula, both on Bluray for the first time. Takashi Miike's cult classic Ichi the Killer hits shelves today from Well Go USA. It's remastered and comes with a cool slip cover. The biggest release today is the sequel to 1995's Jumanji titled Jumanji: Welcome to The Jungle. I was skeptical (still am) on this one due to loving the original as a kid and the trailer for this looks like a bad update but I have heard numerous good things about this film so I'm looking forward to giving it a chance. Best Buy will carry an exclusive 4K steelbook on this one. Closing out the week are the final film in the Pitch Perfect trilogy Pitch Perfect 3, Downsizing and indie horror film Delirium. So what will you buy, rent or skip this week? Let us know in the comments. Until next week!

Ten years after he was pushed down a well, a young man kills off the neighborhood bullies who tormented him and leaves their body parts as presents for the one girl who was kind to him.

A pregnant children’s author suspects her husband of having an affair. While holidaying in Ireland, her mental state becomes increasingly unstable resulting in paranoia, hallucinations and visions of a doppelgänger.

Four high school kids discover an old video game console and are drawn into the game's jungle setting, literally becoming the adult avatars they chose. What they discover is that you don't just play Jumanji - you must survive it. To beat the game and return to the real world, they'll have to go on the most dangerous adventure of their lives, discover what Alan Parrish left 20 years ago, and change the way they think about themselves - or they'll be stuck in the game forever.

After the highs of winning the world championships, the Bellas find themselves split apart and discovering there aren't job prospects for making music with your mouth. But when they get the chance to reunite for an overseas USO tour, this group of awesome nerds will come together to make some music, and some questionable decisions, one last time.

Welcome to a world where violence is a virtue and depravity is a way of life. This is the underside of Shinjuku, and the Home of Kakihara, a sadistic Yakuza killer. He relentlessly tears apart the underworld searching for the man who killed his boss. The mastermind behind the plot is Jijii, an ex-cop bent on turning the gangsters of Japan against one another. His trump card is a physically powerful lunatic who is constantly on the verge of snapping. This madman is Ichi, the killer, and him and Kakihara, the streets will run red with blood.

When scientists discover how to shrink humans to five inches tall as a solution to overpopulation, Paul (Matt Damon) and his wife Audrey (Kristen Wiig) decide to abandon their stressed lives in order to get small and move to a new downsized community — a choice that triggers life-changing adventures.

Scientists poison the water supply of a small town, turning the residents into homicidal maniacs who kill each other and anybody who passes through.

Rockula is about a male vampire who lost his lady love centuries ago. She was killed by a pirate with a rhinestone peg leg, wielding a large ham bone. Our hero, the vampire, did nothing to save her. So he is now cursed to watch her be born again in another life, and then watch her die, strangely enough by a pirate with a rhinestone peg leg, wielding you-know-what. Now, in 1990, he has, he suspects, his last chance to try to save her instead of watching get clubbed over and over again down through the years. Oh, and he becomes a rock star in the process.

An enigmatic detective embarks on a cross-country search for a once-prominent author who's mysteriously disappeared after a string of dangerous arsons have targeted his celebrated but controversial first novel.

A young man is challenged to reach the doorstep of a supposedly haunted house. When he doesn't return, his friends must go in after him. They make horrific discoveries about the house's violent history. 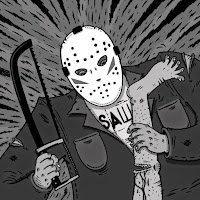