We're through the first week of 2018 guys! We still have countless firsts of the year to do, and going to the theatre in on that list. Several of the Overlook's beasts (myself included) started the year by seeing Insidious The Last Key and it... well, divided those in attendance. The review should be interesting! Anyway, here are several options for how to kick off your theatre going year. Oh the choices! 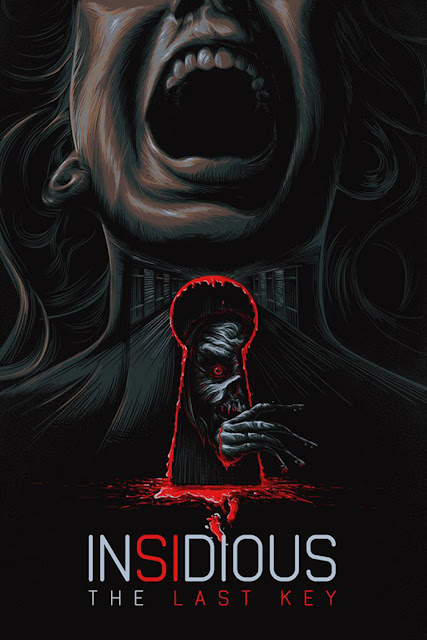 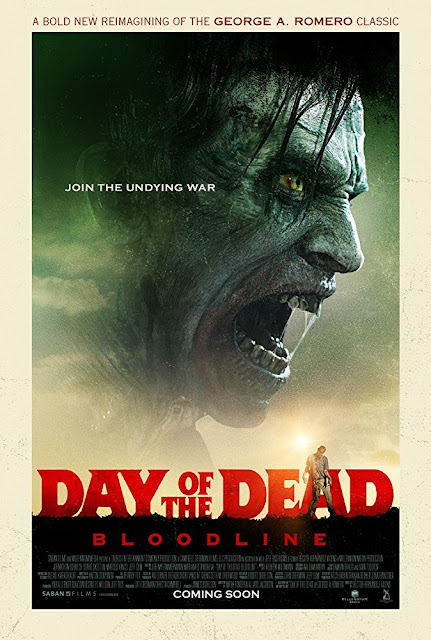 Day of the Dead: Bloodline (2018)
Available on VOD Friday 5th (1hr 30min)
Horror (IMDB)
A reimagining of George A. Romero's cult classic, DAY OF THE DEAD: BLOODLINE is set in a post-apocalyptic, zombie-filled world where a former med school student is tormented by a dark figure from her past. The only thing is, he's a half-human, half-zombie hell-bent on destroying her world.

Inherent Vice (2014)
Saturday 6th & Sunday 7th @ 11am (2hr 28min)
Drama/ Mystery (Rotten Tomatoes)
"Inherent Vice," is the seventh feature from Paul Thomas Anderson and the first ever film adaption of a Thomas Pynchon novel. When private eye Doc Sportello's ex-old lady suddenly out of nowhere shows up with a story about her current billionaire land developer boyfriend whom she just happens to be in love with, and a plot by his wife and her boyfriend to kidnap that billionaire and throw him in a looney bin...well, easy for her to say. It's the tail end of the psychedelic `60s and paranoia is running the day and Doc knows that "love" is another of those words going around at the moment, like "trip" or "groovy," that's being way too overused - except this one usually leads to trouble. With a cast of characters that includes surfers, hustlers, dopers and rockers, a murderous loan shark, LAPD Detectives, a tenor sax player working undercover, and a mysterious entity known as the Golden Fang, which may only be a tax dodge set up by some dentists... Part surf noir, part psychedelic romp - all Thomas Pynchon. (C) Warner Bros 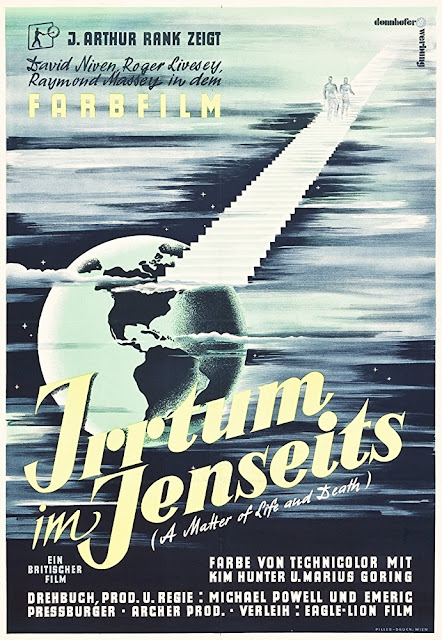 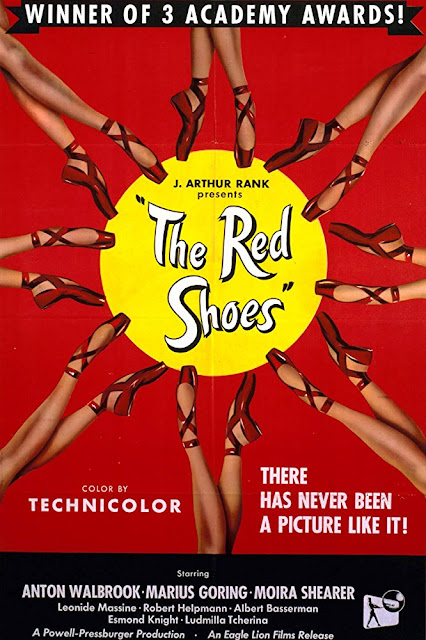 The Red Shoes (1948)
Saturday 6th @ 7pm (2hr 14min)
Drama/ Music/ Romance (IMDB)
A young ballet dancer is torn between the man she loves and her pursuit to become a prima ballerina. 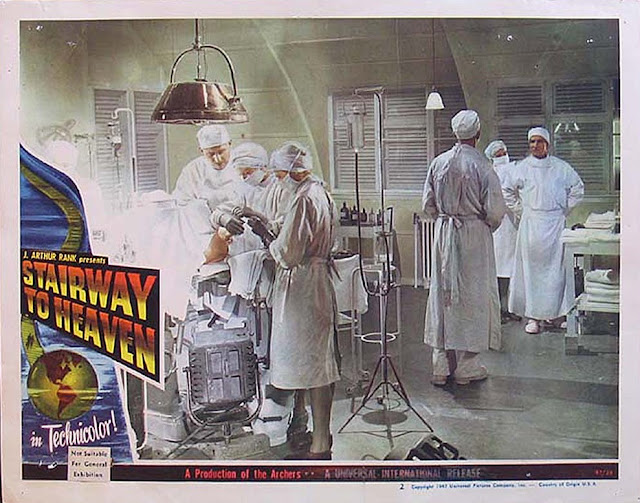 A Matter of Life and Death (1946)
Sunday 7th @ 7pm (1hr 44min)
Drama/ Sci-Fi/ Fantasy/ Romance (rotten Tomatoes)
A British wartime aviator who cheats death must argue for his life before a celestial court. 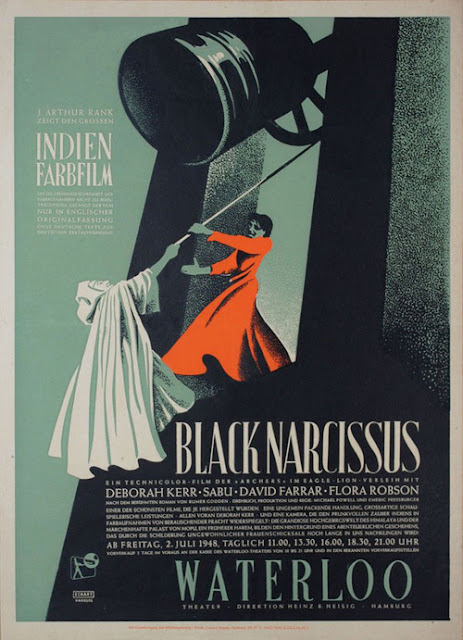 Black Narcissus (1947)
Sunday 7th @ 5pm & 9pm (1hr 41min)
Drama (IMDB)
In this unusual, visually stunning, and dramatically compelling film, Anglican nuns attempt to establish a school and hospital in the Himalayas in buildings that formerly housed a harem. But the sisters find the sensual atmosphere unsettling, and eventually sexual attraction to the ruling general's ruggedly handsome agent leads to tragedy. 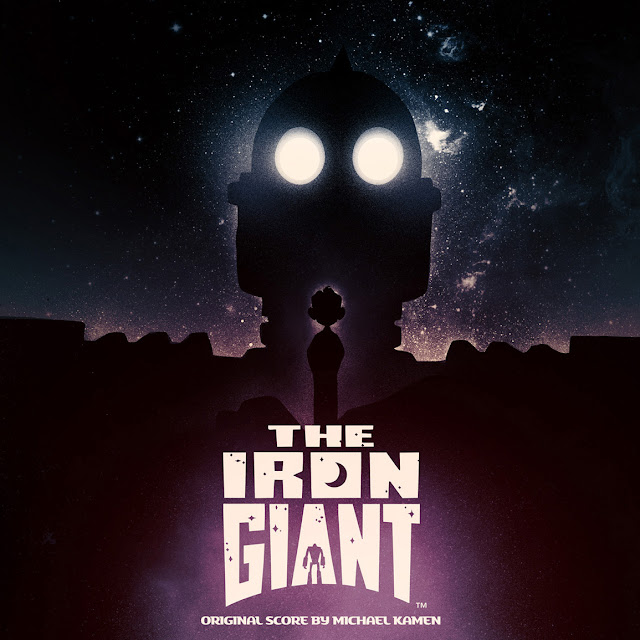 The Iron Giant (1999)
Friday 5th & Saturday 6th @ 11:55pm (1hr 26min)
Animation/ Sci-Fi/ Fantasy (Rotten Tomatoes)
"Iron Giant" is based upon the 1968 story,'Iron Man,' by the British poet laureate Ted Hughes. The film is about a giant metal machine that drops from the sky and frightens a small town in Maine in 1958, only to find a friend named, Hogarth, that ultimately finds its humanity and saving the towns people of their fears and prejudices. 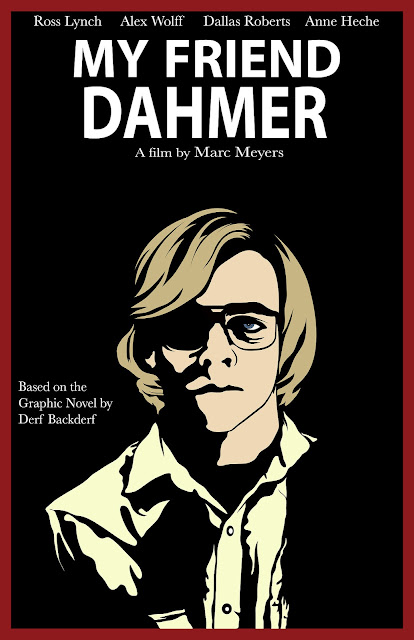 My Friend Dahmer (2017)
Saturday 6th @ 9:40pm (1hr 47min)
Sunday 7th @ 8:40pm
Biography/ Crime/ Drama (IMDB)
Jeffrey Dahmer murdered 17 men and boys in the Midwest United States between 1978 and 1991 before being captured and incarcerated. He would become one of America's most infamous serial killers. This is the story before that story. Jeff Dahmer (Disney Channel's Ross Lynch) is an awkward teenager struggling to make it through high school with a family life in ruins. He collects roadkill, fixates on a neighborhood jogger (Vincent Kartheiser, "Mad Men"), and copes with his unstable mother (Anne Heche) and well-intentioned father (Dallas Roberts). He begins to act out at school, and his goofball antics win over a group of band-nerds who form The Dahmer Fan Club, headed by Derf Backderf (Alex Wolff, "Patriots Day"). But this camaraderie can't mask his growing depravity. Approaching graduation, Jeff spirals further out of control, inching ever closer to madness.

Presented by Midnites for Maniacs 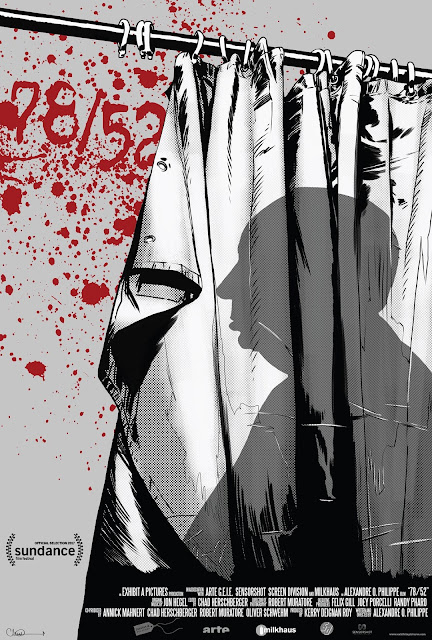 78/52: Hitchcock's Shower Scene (2017)
Saturday 6th @ 4:30pm (1hr 31min)
Documentary (IMDB)
An unprecedented look at the iconic shower scene in Alfred Hitchcock's Psycho, the "man behind the curtain", and the screen murder that profoundly changed the course of world cinema. 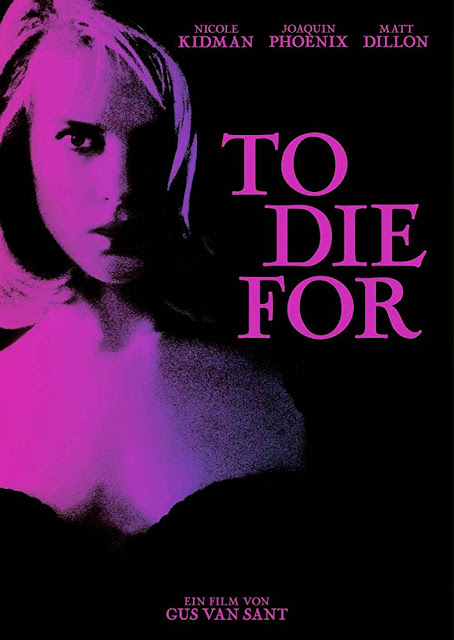 To Die For (1995)
Saturday 6th @ 7pm (1hr 46min)
Comedy/ Drama/ Suspense (Rotten Tomatoes)
The price of fame is murder -- or at least it is in the mind of one woman in New Hampshire. Suzanne Stone (Nicole Kidman) has spent most of her life wanting to be famous; she's attractive, speaks well, and imagines herself to be intelligent ("imagines" is the key word here), so she has set her sights on becoming a TV anchorwoman. However, opportunities for female broadcasters are hard to come by in Little Hope, New Hampshire, and she's convinced that her husband, the once handsome but now flabby restaurant manager Larry Maretto (Matt Dillon), is just getting in her way. Suzanne gets herself a spot hosting a weather report on a local public access station, and is preparing a documentary called "Teens Speak Out," which puts her in touch with a trio of high school students -- Jimmy (Joaquin Phoenix), Russell (Casey Affleck), and Lydia (Alison Folland) -- who are even more desperate for attention than she is. When Suzanne hatches a plot to get Larry out of her life once and for all, she uses Jimmy, who has developed a serious crush on her, to do her dirty work, but Larry's sister Janice (Illeana Douglas), who has long believed there was something fishy about Suzanne, eventually begins to realize what happened to her brother. Nicole Kidman won a Golden Globe award for her work in this film, which represented something of a comeback for director Gus Van Sant after the commercial and critical disaster of Even Cowgirls Get the Blues. Screenwriter Buck Henry plays a small role as a high school teacher. ~ Mark Deming, Rovi 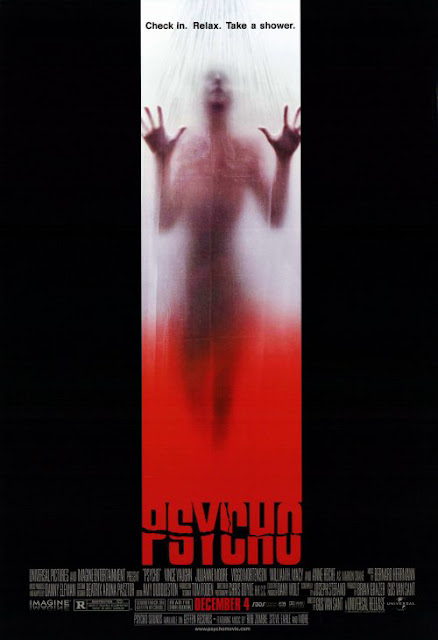 Psycho (1998)
Saturday 6th @ 9:20pm (1hr 45min)
Horror/ Mystery/ Thriller (IMDB)
Marion Crane is a Phoenix, Arizona working girl fed up with having to sneak away during lunch breaks to meet her lover, Sam Loomis, who cannot get married because most of his money goes towards alimony. One Friday, Marion's employer asks her to take $400,000 in cash to a local bank for deposit. Desperate to make a change in her life, she impulsively leaves town with the money, determined to start a new life with Sam in California. As night falls and a torrential rain obscures the road ahead of her, Marion turns off the main highway. Exhausted from the long drive and the stress of her criminal act, she decides to spend the night at the desolate Bates Motel. The motel is run by Norman Bates, a peculiar young man dominated by his invalid mother. After Norman fixes her a light dinner, Marion goes back to her room for a shower.... 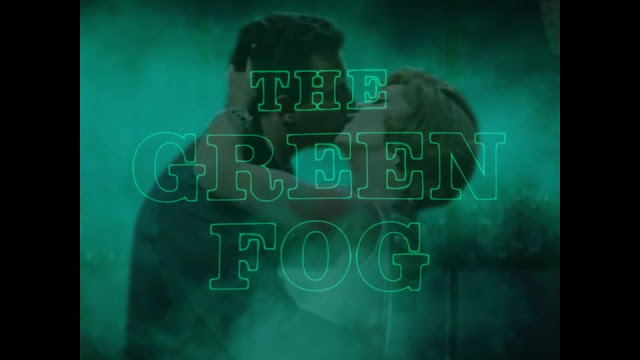 The Green Fog (2017)
Sunday 7th @ 6:30pm (1hr 3min)
Mystery (IMDB)
Commissioned by SFFILM, THE GREEN FOG is a visual collage by cultural iconoclast Guy Maddin and co-directors Evan Johnson and Galen Johnson, with an original score recorded by Kronos Quartet and composed by Jacob Garchik.
Director Guy Maddin's interpretation of the Alfred Hitchcock classic Vertigo, pieced together using footage from old films and television shows shot in and around the San Francisco area.