Screenings in the Bay (Monday to Friday): Silent Night Deadly Night 2, Who Killed Santa Claus?, Once Upon a Time at Christmas

We're through the first third of December and Christmas will be here in two weeks! Before you're committed to the get togethers and such that come with it, why not catch some movies? There's a cross country variety of Santa movies screening this week, and it all starts with tomorrow's Terror Tuesday, Silent Night, Deadly Night 2. Then it's off to France for the Roxie Theatre's Noir Noel double feature. And let's not forget Once Upon a Time at Christmas, which hits VOD tomorrow too. 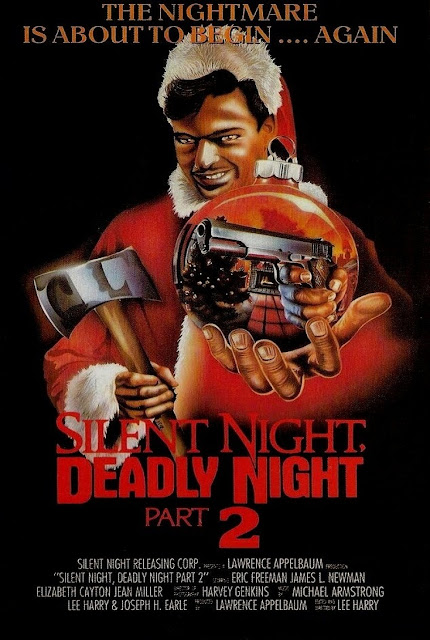 Silent Night, Deadly Night 2 (1987)
Tuesday 12th @ 10pm (1hr 28min)
Horror/ Thriller (IMDB)
In this horror sequel, the younger brother of the murderer in the previous film takes up his sibling's unfinished business. Dressed up as Santa Claus, the young man goes on a killing spree, murdering the innocent townsfolk in a variety of gory and gruesome ways. 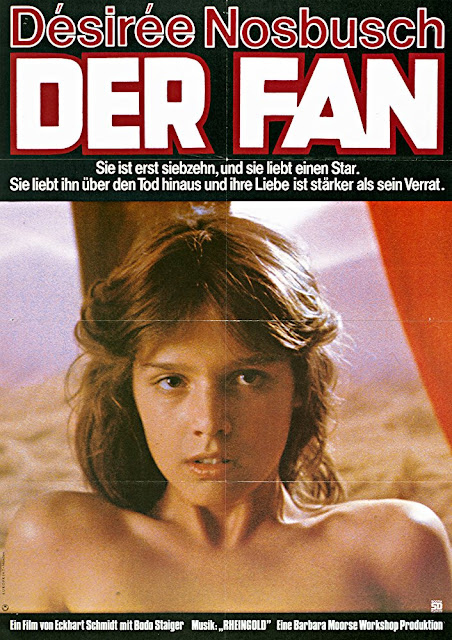 Der Fan (The Fan) (1982)
Wednesday 13th @ 10pm (1hr 32min)
Drama/ Horror/ Music (IMDB)
High school student Simone (Nosbusch) seems to have it all: loving parents, a stable home, and a solid education. Unfortunately she's deeply obsessed with a singer named R (Steiger), to whom she writes numerous letters under the assumption she hasn't received a response only because his secretary wants him all to herself. Simone increasingly skips school and intercepts the mailman for disciplinary letters, and soon her home life is falling apart as well thanks to her single-minded obsession. One afternoon she finally gets to meet her idol face to face among autograph seekers and passes out on the spot, which leads to a studio audience gig for his performance in a bald cap among a group of mannequins. The stage is finally set for Simone to land the object of her desire, but the situation soon takes a very, very dark turn.

Bullitt (1968)
Thursday 14th @ 7pm (1hr 54min)
Action/ Crime/ Mystery (IMDB)
Robert L. Pike's crime novel Mute Witness makes the transition to the big screen in this film from director Peter Yates. In one of his most famous roles, Steve McQueen stars as tough-guy police detective Frank Bullitt. The story begins with Bullitt assigned to a seemingly routine detail, protecting mafia informant Johnny Ross (Pat Renella), who is scheduled to testify against his Mob cronies before a Senate subcommittee in San Francisco. But when a pair of hitmen ambush their secret location, fatally wounding Ross, things don't add up for Bullitt, so he decides to investigate the case on his own. Unfortunately for him, ambitious senator Walter Chalmers (Robert Vaughn), the head of the aforementioned subcommittee, wants to shut his investigation down, hindering Bullitt's plan to not only bring the killers to justice but discover who leaked the location of the hideout. ~ Matthew Tobey, Rovi 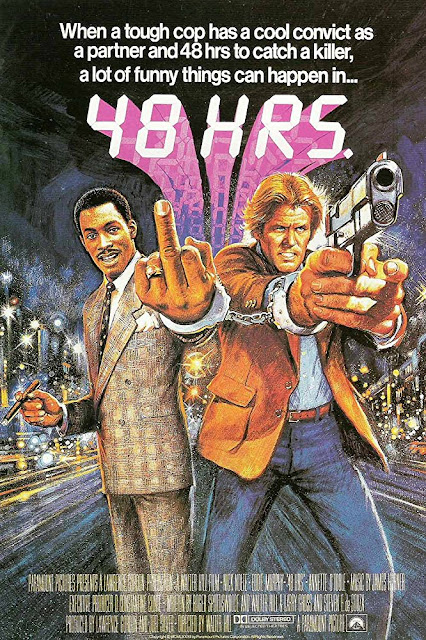 48 Hrs. (1982)
Thursday 14th @ 5pm & 9:10pm (1hr 36min)
Action/ Comedy/ Drama (IMDB)
A variation on the "buddy-cop" hybridized genre, 48 HRS. greatly bolstered the career of Nick Nolte and made comedian Eddie Murphy a bonafide box-office sensation. When a pair of reckless cop-killers break out of prison, grizzled detective Jack Cates (Nolte) is left no alternative but to spring fast-talking hustler Reggie Hammond (Murphy) from the penitentiary in order to find the criminals. The catch: the pair only have 48 hours to complete their assignment before Hammond must return to prison. Naturally, the two despise each other and even engage in fisticuffs, but eventually the danger facing them proves a strong enough common bond for them to play on the same team, and even achieve a little mutual admiration. ~ Jeremy Beday, Rovi 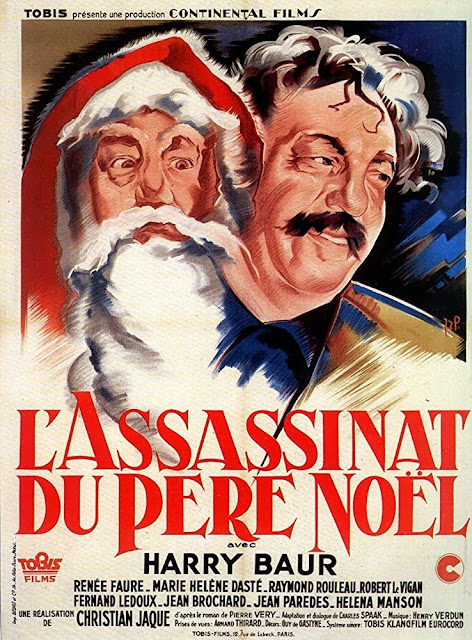 Who Killed Santa Claus? (1941)
Wednesday 13th @ 7:15pm (1hr 45min)
Comedy/ Drama/ Mystery (IMDB)
With Christmas approaching, a local priest prepares for the Christmas celebrations by getting out the centerpiece item for the occasion--a ring called St Nickolas. The vicar discovers that the ring was been stolen. As word of the robbery spreads, the villagers are given a rude surprise to find the man who played Santa Clause in their village for the last 20 years brutally murdered. 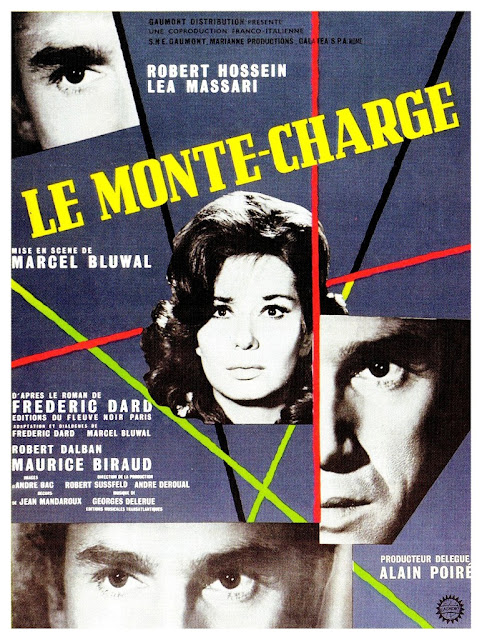 Paris Pick Up (1962)
Wednesday 13th @ 9pm (1hr 30min)
Drama/ Thriller (IMDB)
Robert Hossein stars in LE MONTE-CHARGE (1962) as a just-released criminal whose talent is finding trouble—even on Christmas Eve! He finds himself involved with a beautiful woman (Lea Massari) who invites him into her home for a little “Christmas cheer,” only to discover that there’s a just a bit more going on than he’d bargained for. When you see how things work out in this clever, surreal thriller, you’ll never take Christmas Eve for granted ever again! 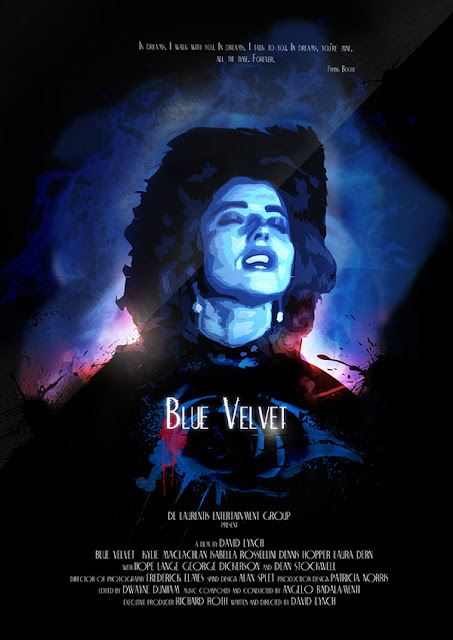 Blue Velvet (1986)
Friday 15th @ 9:30pm (2hrs)
Drama/ Mystery/ Thriller (IMDB)
"The discovery of a severed human ear found in a field leads a young man on an investigation related to a beautiful, mysterious nightclub singer and a group of psychopathic criminals who have kidnapped her child."

Screening will be preceded by ALONG FOR THE RIDE (w/ Q&A with director Nick Ebeling) at 7pm. See either for $12 or both for $15. 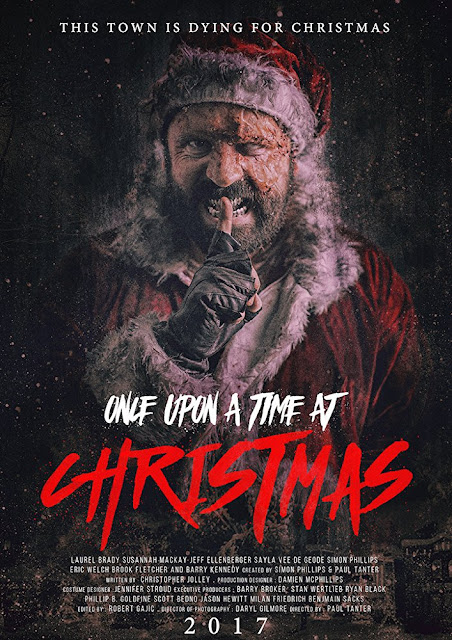 Once Upon A Time At Christmas (2017)
On VOD Tuesday 12th (1hr 37min)
Horror (IMDB)
In the twelve days leading up to Christmas, the residents of the snowy and isolated town of Woodridge are being murdered in a variety of gruesome ways by a psychotic Santa and Mrs Claus. While the small-town cops scramble to protect the townsfolk, the killings seem to center around one young woman who may be the final victim on Santa''s list. As the slaughter continues and the bodies pile up, it seems that nothing and no one may be able to stop the murderers before they complete their own deadly take on the twelve days of Christmas.