Screenings in the Bay (Monday to Friday): The Shape of Water, Frankenhooker, Another Wolfcop

This is going to be a good week! We're starting things off with Frankenhooker on 35mm screening for Terror Tuesday. It'll be introduced by our very own Trash. This week's Weird Wednesday is a strange movie called The Peanut Butter Solution that is getting people who saw it as kids to take time off of work just to revisit it on the big screen. I'm really looking forward to both of those. Wednesday is also the next installation of Rewind Wednesday at the Balboa Theatre. This is the perfect event for you nostalgia loving film goers, as their features have been recorded straight from a TV broadcast, commercials and all, and that's exactly how they're screened. Over in the Mission district, the Roxie Theatre is killing it this Friday! Not only are they showing love to two less celebrated Yorgos Lanthimos films, but they are also the only theatre in the city that's screening a long awaited sequel... Another Wolfcop! Also this week, The Shape of Water makes its way to San Francisco! 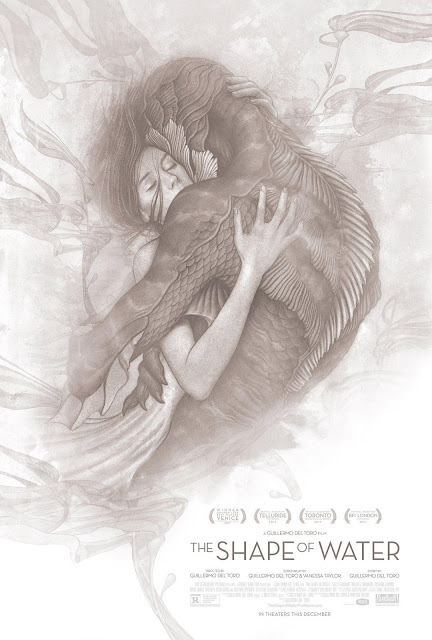 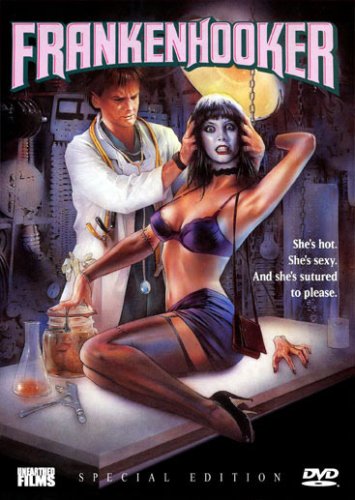 Frankenhooker (1990)
Tuesday 5th @ 9:45pm (1hr 25min)
Comedy/ Horror/ Cult (Rotten Tomatoes)
In this horror comedy, the gruesome death of his girlfriend Elizabeth (Patty Mullen) in a lawn mower accident inspires hobby scientist Jeff Franken (James Lorinz) to re-assemble her using Elizabeth's head and a variety of body parts he has "harvested" from a group of attractive New York City prostitutes. A convenient thunderstorm gets the experiment underway as "Frankenhooker" is set to roam the streets of New York. 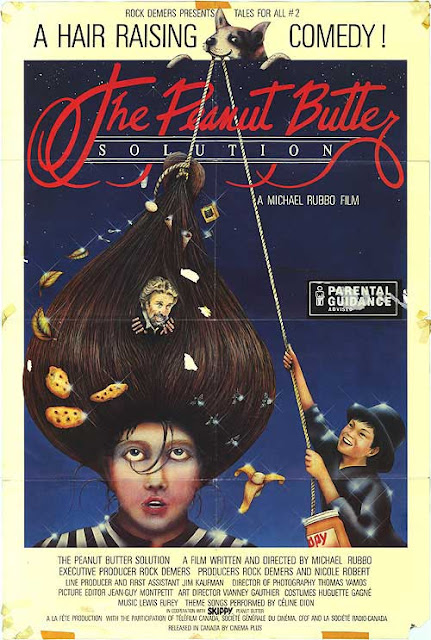 The Peanut Butter Solution (1985)
Wednesday 6th @ 9:45pm (1hr 34min)
Fantasy/ Comedy (Google)
Convinced that a recently burned-down structure harbors ghosts, young Matthew Mackay and Siluck Saysanasy decide to investigate the ruins. In true "urban legend" fashion, what Mackay sees inside the structure causes him to go bald on the spot! His distress is mollified when a pair of friendly ghosts whip up a "peanut butter solution" that will ostensibly restore his hair. So hirsute does Mackay become that he is kidnapped by a paint-brush manufacturer. 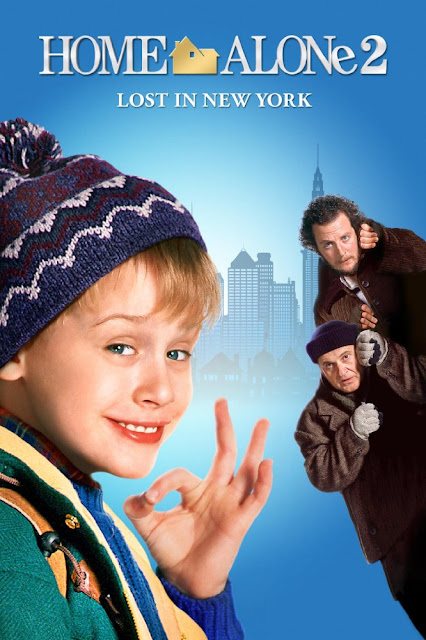 Home Alone 2: Lost in New York (1992)
Wednesday 6th @ 7:30pm (2hrs)
Adventure/ Family/ Comedy (IMDB)
In this sequel to the highly successful Home Alone, child-star Macaulay Culkin returns, in the role that made him famous, as Kevin McCallister, a precocious Chicago boy who mistakenly boards a plane to New York while the rest of his large family wings to Florida. In Manhattan, he takes up residency at the Plaza Hotel, but his posh holiday is disrupted by the re-appearance of crooks Harry (Joe Pesci) and Marv (Daniel Stern).

Screened in VHS, commercials and all! 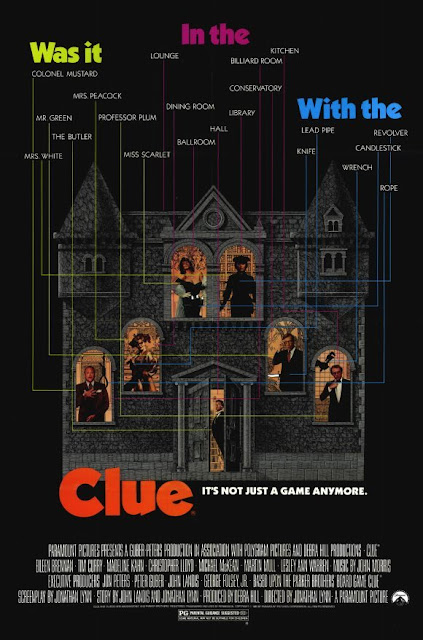 Clue (1985)
Friday 8th @ 7pm (1hr 34min)
Comedy/ Crime/ Mystery (IMDB)
In this spoof of McCarthy-era paranoia and 1950's wholesomeness, the characters and plot are drawn from the popular Parker Brothers board game of the same name. On a dark and stormy night in 1954, six individuals with ties to Washington are assembled for a dinner party at the swanky mansion of one Mr. Boddy (Lee Ving). Boddy's butler, Wadsworth (Tim Curry), assigns each guest a colorful name: Mr. Green (Michael McKean), Col. Mustard (Martin Mull), Mrs. Peacock (Eileen Brennan), Professor Plum (Christopher Lloyd), Miss Scarlet (Lesley Ann Warren), and Mrs. White (Madeline Kahn). Two additional servants, the Cook (Kellye Nakahara) and Yvette, the maid (Colleen Camp), assist Wadsworth as he informs the guests that they have been gathered to meet the man who has been blackmailing them: Mr. Boddy. When Boddy turns up dead, however, the guests must try to figure out who killed him so they can protect their own reputations and keep the body count from growing. Three separate endings were filmed for Clue and shown in different theaters; all three are collected for the video edition. Although the film is set in the 1950s, the original Clue game was actually devised by Anthony Pratt, a clerk in Leeds, England, to pass the time during World War II air-raid drills. First released in 1946 under the name Cluedo by British manufacturer Waddington's, Clue was renamed and released in the U.S. in 1949. Today, Clue/Cluedo is marketed in 70 countries around the world and has been adapted into a British game show and an off-Broadway musical. ~ Brian J. Dillard, Rovi
-with- 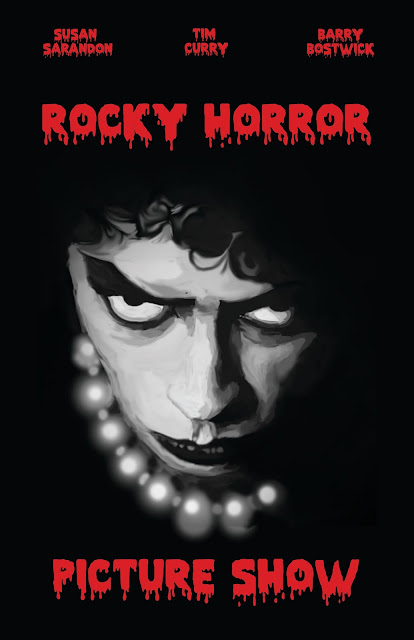 Rocky Horror Picture Show (1975)
Friday 8th @ 9:10pm (1hr 41 min)
Comedy/ Scifi/ Horror/ Musical (Rotten Tomatoes)
This low-budget freak show/cult classic/cultural institution concerns the misadventures of Brad Majors (Barry Bostwick) and Janet Weiss (Susan Sarandon) inside a strange mansion that they come across on a rainy night. After the wholesome pair profess their love through an opening song, their car breaks down in the woods, and they seek refuge in a towering castle nearby. Greeting them at the door is a ghoulish butler named Riff Raff (Richard O'Brien), who introduces them to a bacchanalian collection of partygoers dressed in outfits from some sort of interplanetary thrift shop. The host of this gathering is a transvestite clad in lingerie, Dr. Frank N. Furter (Tim Curry), a mad scientist who claims to be from another planet. 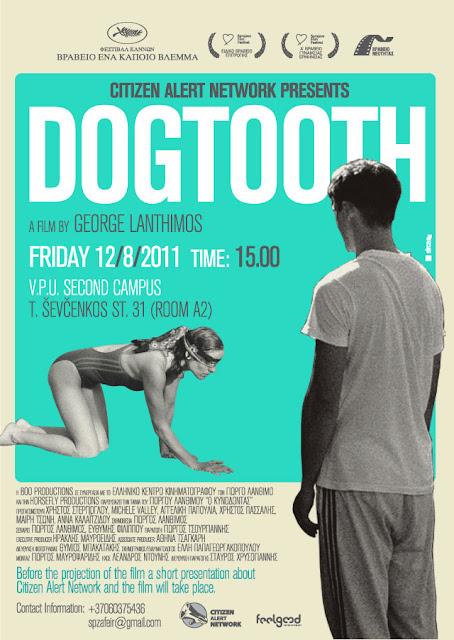 Dogtooth (2009)
Friday 8th @ 7pm (1hr 34min)
Drama/ Thriller (IMDB)
The father, the mother and their three kids live at the outskirts of a city. There is a tall fence surrounding the house. The kids have never been outside that fence. They are being reared in the manner that their parents deem appropriate, without any influence from the outside world. The only person allowed to enter the house is Christina. She works as a security guard at the father's business. The father arranges her visits to the house in order to appease the sexual urges of the son. The whole family is fond of her, especially the eldest daughter. One day Christina gives her as a present a headband that has stones that glow in the dark and asks for something in return. 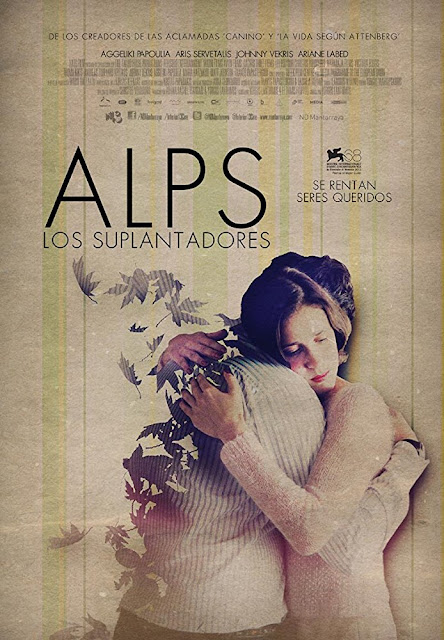 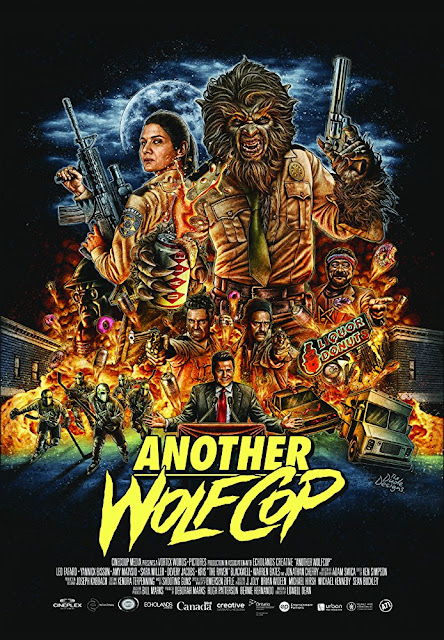