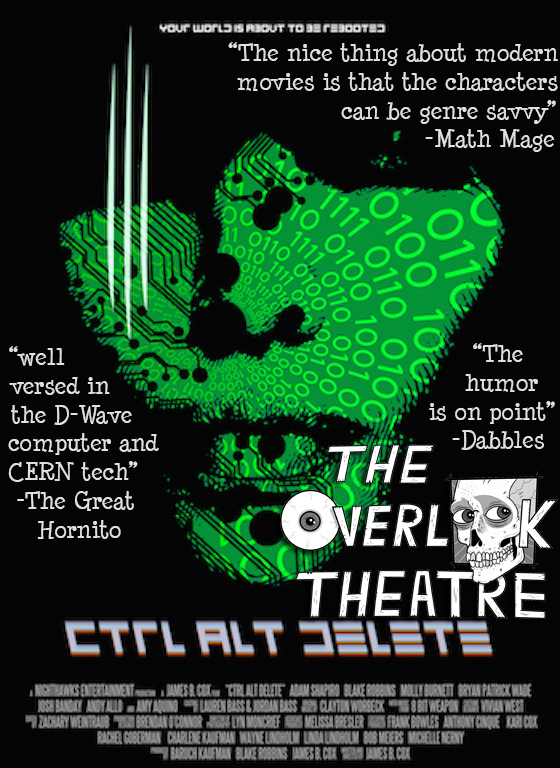 Math Mage - "The nice thing about modern movies is that the characters can be genre savvy. They immediately assume the computer is alive and evil and take the necessary steps. A few things made no sense (Why do random people die from nano machines? Who are the swat team guys at the end?) (Yes, they're Thule security, why are they there then?) Also, the nano machines seem way more dangerous than a computer releasing random people's secret gay pics." - 3 Stars

The Great Hornito - "I really like this movie and I added an extra star because I'm really into the topic of quantum computing. The pace of the film was good, the acting was decent and it was funny as well. I don't want to go into specifics of quantum computing but I could tell the writer of the movie is well versed in the D-Wave computer and CERN technologies. I would recommend this movie to my friends and I would definitely watch it again." - 4 Stars

Dabbles - "The script, the story, the production, for an independent is great. The humor in it is on point. Only thing, some scenes I could have gone without." - 4 Stars

Lord Battle - "It's amazing to think that such an ambitious SciFi story was pulled off by an indie production. Now I'm not saying there's amazing special effects, even though there are some awesome horror effects, I'm more referring to the atmosphere that somehow combines dread, humor, and semi-hard science, topped off with some awesome chiptune!" - 3.5 Stars

Huntress - "Ctrl Alt Delete looked and felt incredibly realistic, which made it much more unsettling to me. The idea of invisible dangerous things in the air is terrifying and too believable not to resonate in my mind. Having a low budget might have helped this movie more than a big budget would have; the effects kept the focus on the story." - 4 Stars


D-Wave Systems is the first commercial quantum computing company. Founded in 1999, D-Wave's mission is to integrate new discoveries in physics and computer science into breakthrough approaches to computation that that can help solve humanity's most challenging problems. Our flagship product, the 1000-qubit D-Wave 2X™ computer, is built around a novel type of superconducting processor that uses quantum mechanics to massively accelerate computation.
- D-Wave Systems (YouTube about page)

The super computer in Ctrl Alt Delete is compared to SkyNet, a fictional AI that sends the Terminator back in time to kill John Connor. CyberDyne Systems may be a fake company but D-Wave Systems is very real and the computers they create are boasted to have dimension altering capabilities.

Below I have selected 3 videos to help describe what these quantum computers can, will, and might be doing. The first video is a Ted Talk with Geordie Rose, founder and CTO of D-Wave. Geordie will explain why the D-Wave computer was created and what it can do. The second video is a guided tour though an actual D-Wave quantum computer, lead by Jeremy Hilton (VP Processor Development). The last video is a "conspiracy theory" about how D-Wave computers are altering our reality.


Paul Adams explains how our reality has changed 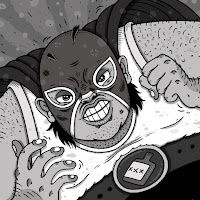 The Overlook Theatre Materialized in a residence for Double Feature Thursday on 7/7/2016
*Based on the star ratings turned in by character reviewers, others viewed and got to "Dislike" or "Like" but that does not effect the rating.
Posted by Lord Battle at 1:54 PM