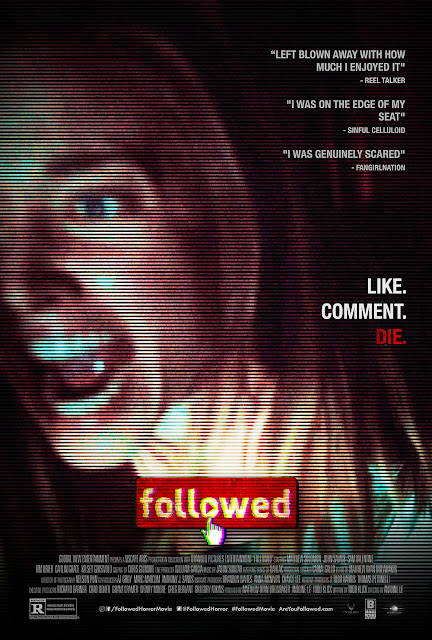 Followed was the second to closing night film during the second year of the Unnamed Footage Festival, and it left its mark on this theatre-goer:
The notorious and oft-clicked vlogger DropTheMike has made his name investigating, exploring, dissing, and debunking an assortment of urban legends on the internet. In a bid for a sweet sponsorship, Mike and his friends bring their gear to the reportedly haunted Hotel Lenox, where they have been challenged to spend the night and get on cam the horrors within. 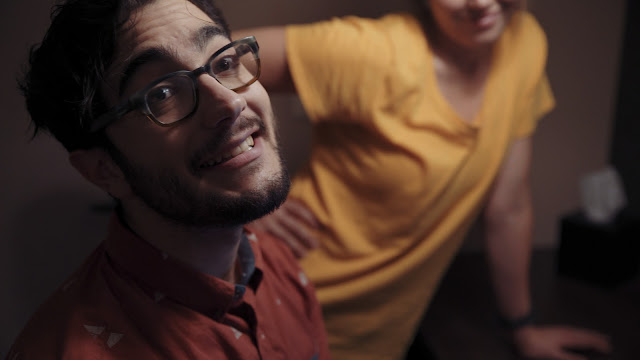 Its Los Angeles settings keenly depicted and felt, Followed is certainly the most mainstream-looking and feeling movie that screened in UFF2. That sense of craft extends to the areas where it counts: Todd Klick’s more-than-solid script steadily moves from a probably-nothing encounter to a legit haunting to no-one-will-get-out-alive; the Hotel Lenox has an evocative and tangible history (which more than borrows from the real-life case of Elisa Lam). Matthew Solomon is perfectly annoying as Mike, and is deft in showing us the differences between his on- and off-camera persona (and leans beautifully into the moments where Mike’s cynical worldview gets totally blown). 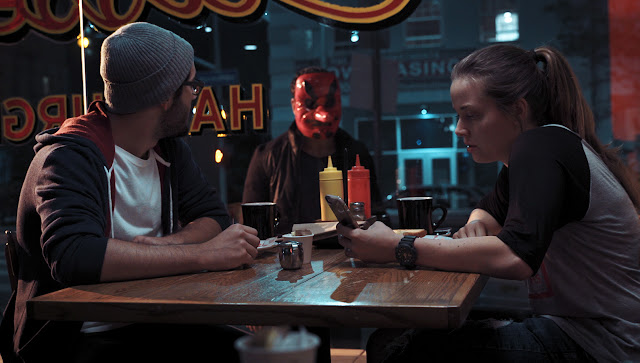 It’s familiar found footage territory, but it’s smartly traveled; we have contended that found footage is an ideal genre for a filmmaker’s debut, and first-time director Antoine Le both nails the familiar beats and fleshes out the details between them. 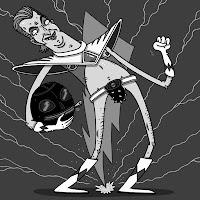 -Greyranger
~💀~
Followed is currently enjoying a Drive-In theatrical run, and may be playing near you! Visit the film's site to find out where you can watch this new addition to the found footage horror family.