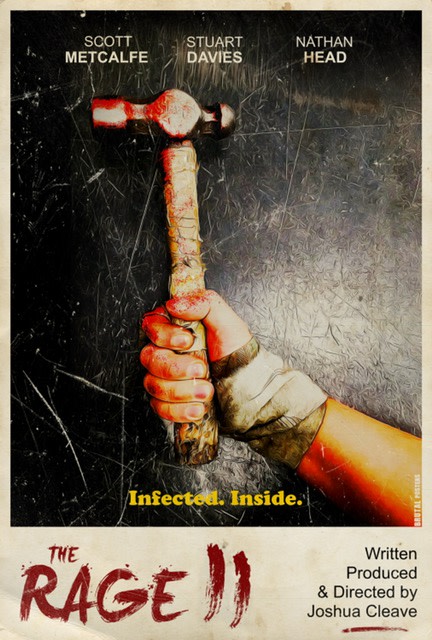 The very first thing that the adventurous audience attending the Unnamed Footage Festival saw was science gone wrong in the fast paced short The Rage. Following the point of view of a head mounted GoPro, The Rage was nearly ten full minutes of chaos, culminating in an uncertain end. But now, the story continues in...

Written, produced, and directed by Joshua Cleave, this will be a direct continuation of part one, and it has some high goals to reach. The film's fearless leader wants to raise £4,000 (about $5,300) to make the "biggest, bloodiest, 1st person horror film ever to come out of the United Kingdom". I'm in!

In order to get this sequel off the ground, Joshua has set up an Indiegogo campaign with some pretty cool perks.

For 20 GPD (about 26 bucks) the digital download of The Rage 2 is all yours. But if you're willing to spend a bit more, the download will also come with signed postcards with art from both the first and second movie. But the perk I have my eye on is the one that's 100 GPD (around $132 according to Google conversion) because it comes with both the film, and signed postcards but it also includes props from the movie. And I can't help but giggle at the thought of prosthetic limbs and crazy stuff coming shipping to me from the other side of the planet.

Check out what else is available at the Indiegogo campaign page!

We first found out about Joshua Cleave's The Rage from our extended horror family in the UK, the Liverpool Horror Club and have since gotten to know the movie and the man behind it very well. He played a big part in getting the word out about the Unnamed Footage Festival, and has kept in contact since. And when he told us about the ambitious sequel he was working to being into the world, we had to hear more. So Joshua came onto episode 98 of the Overlook Hour to spill behind the scenes secrets about The Rage and tease the upcoming The Rage 2. 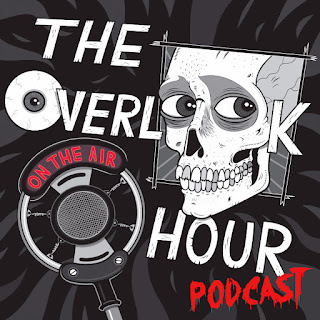 Find it on iTunes here!