Screenings in the Bay (Monday to Friday): Hereditary, Freaks and Geeks: The Documentary, Diabolique

How's this for a week: Psycho III kicks off the three year anniversary of Terror Tuesday Goes to Camp- It's followed by Diabolique in double feature with The Wages of Fear at the Stanford- With a spattering of interesting documentaries, and the opening of Hereditary to top the week off. Right?? 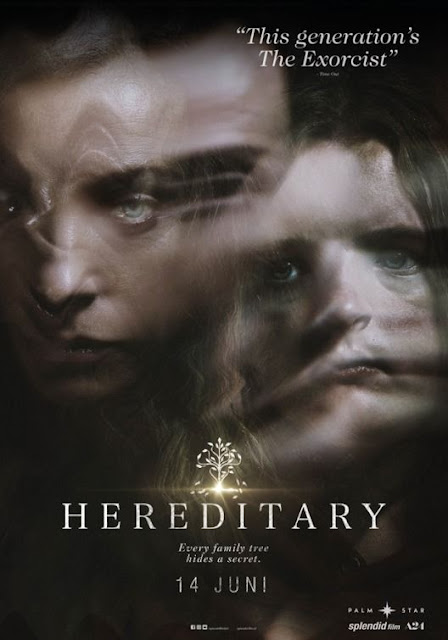 Hereditary (2018)
Early Screenings Thursday 7th (2hrs 7min)
Opens Friday 8th
Drama/ Horror/ Mystery (IMDB)
When Ellen, the matriarch of the Graham family, passes away, her daughter's family begins to unravel cryptic and increasingly terrifying secrets about their ancestry. The more they discover, the more they find themselves trying to outrun the sinister fate they seem to have inherited. Making his feature debut, writer-director Ari Aster unleashes a nightmare vision of a domestic breakdown that exhibits the craft and precision of a nascent auteur, transforming a familial tragedy into something ominous and deeply disquieting, and pushing the horror movie into chilling new terrain with its shattering portrait of heritage gone to hell. 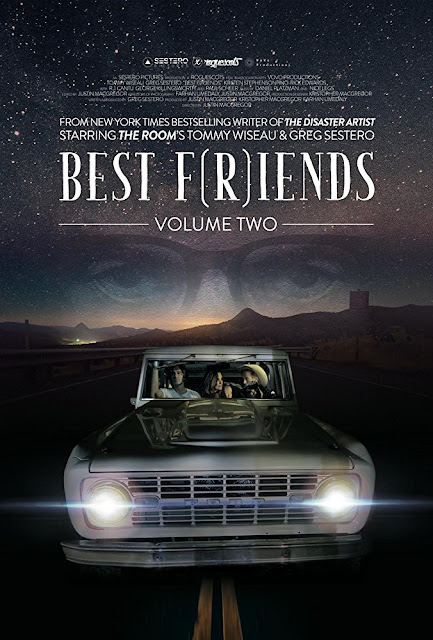 Best F(r)iends Volume 2 (2018)
Monday 4th @ 8pm (2hrs)
Mystery/ Suspense (Rotten Tomatoes)
The dynamic duo of Tommy Wiseau and Greg Sestero have reunited for a dream project, Best F(r)iends - Volume 2. Be one of the first to see the second part their new film, plus bonus content, coming to the big screen on June 1 and 4 only! As Sestero's drifter makes a run for it, he finds himself on an expedition across the Southwest, where he encounters wild and crazy characters through a series of twisted and dark foibles. While his misadventure teaches him a valuable lesson about friendship and loyalty, Wiseau's mortician carries the story home with more than a few surprises. 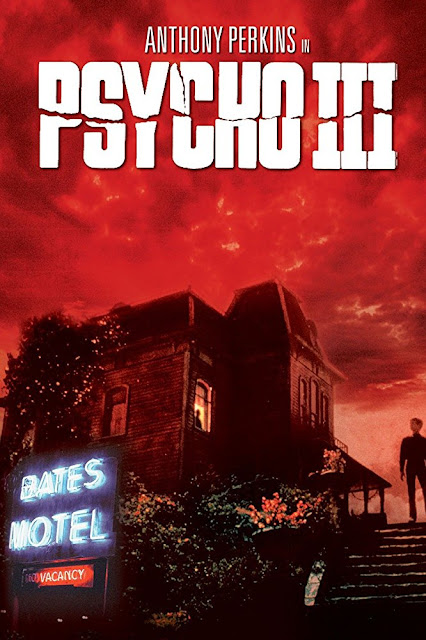 Psycho III (1986)
Tuesday 5th @ 10:15pm (1hr33min)
Horror/ Mystery/ Suspense (Rotten Tomatoes)
More of a parody than a genuine suspensor, Psycho 3 marks the directorial debut of Anthony Perkins, who reprises his role as the unbalanced Norman Bates. This time poor Norman succumbs to the beckoning of his mummified mum and returns to the past. There is plenty of gore and blood in this outing but "Psycho" fans will enjoy it. 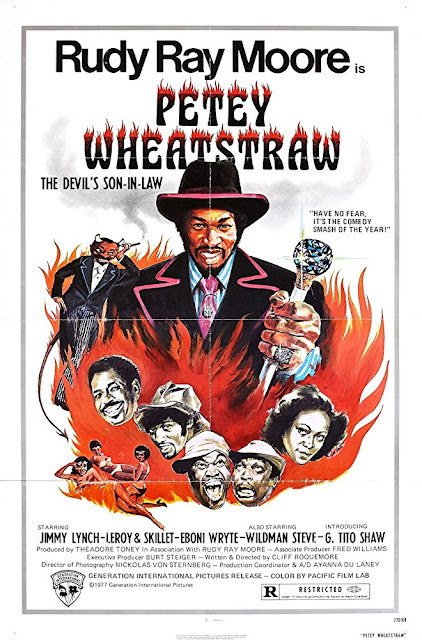 Petey Wheatstraw (1977)
Wednesday 5th @ 10:15pm (1hr 34min)
Comedy/ Fantasy/ Horror (IMDB)
Impoverished, ignorant, and vulgar little Petey dreams of becoming a famous stand-up comedian and exchanges life in his backwoods home for small town living. The hapless rube isn't there very long before he begins clashing with a local comedy team, one that is a favorite of the town mobsters. To get at Petey, the gangsters murder a child and then shoot every one who attends the tyke's funeral. Things look bleak until the Devil himself rises up and tells Petey that he will give the comic a fabulous reward if only the youth will marry Satan's daughter and sire an heir. Unfortunately, the Devil's daughter is really ugly. Still, Petey makes the bargain and does his job. Satan then hands him a magic cane that the vengeful comic uses on his ruthless rivals. Unfortunately, not wanting to give the Devil the rest of his due, Pete decides to welsh on the rest of the bargain. Big mistake Petey. Big mistake for viewers who watch this tripe. 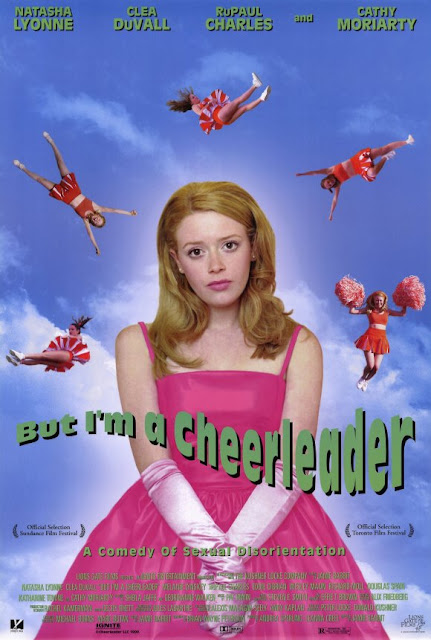 But I'm A Cheerleader (1999)
Wednesday 6th @ 7:30pm (1hr 25min)
Comedy/ Drama/ Romance (IMDB)
Confident and opinionated, 17-year-old Megan is far too strong-willed for her unsupportive parents, who begin to worry she is a lesbian. Their solution is to send Megan to 'True Directions,' a "rehabilitation camp" run by homophobic counselor Mary Brown. Soon Megan meets the equally defiant Graham, and the two form a fast friendship. Ironically, the more time Megan spends at the camp, the more she begins to question just how fixed her sexuality really is. 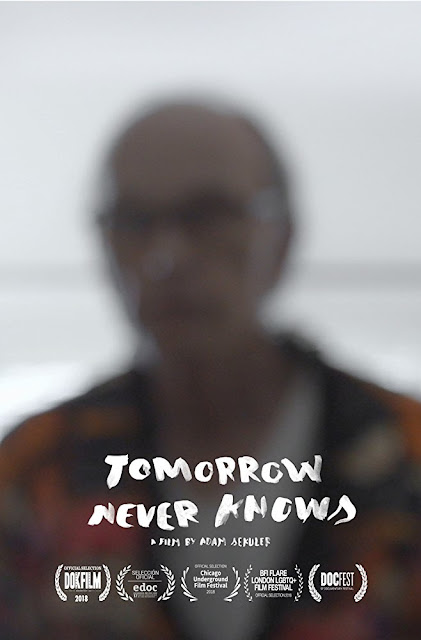 Tomorrow Never Knows (2017)
Tuesday 5th @ 9:30pm (1hr 33min)
Documentary (IMDB)
A profound and beautiful love story looking into the life and death of Shar, a transgender person living with early onset Alzheimer’s Disease, and the choice he and his wife face. The film confronts the fears and prejudices surrounding two very different cultural taboos – the right to choose who you are, and right to live or die. 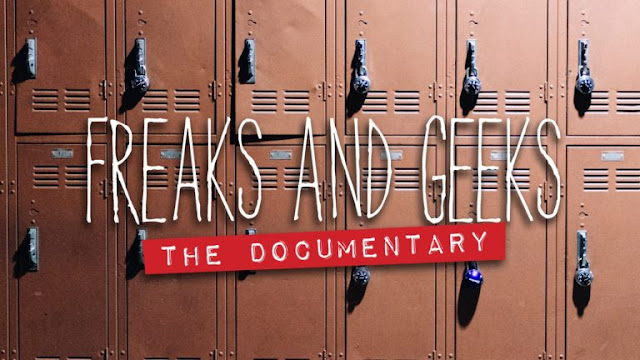 Freaks and Geeks: The Documentary (2018)
Friday 8th @ 9:30pm (1hr 12min)
Documentary (IMDB)
The cult classic TV show Freaks and Geeks nailed the sad, hilarious unfairness of teen life. This new doc takes a nostalgic look back with behind-the-scenes tales from this endearing and much-loved series that launched the careers of many of today’s biggest stars including Seth Rogen, Jason Segel, James Franco and Linda Cardellini. 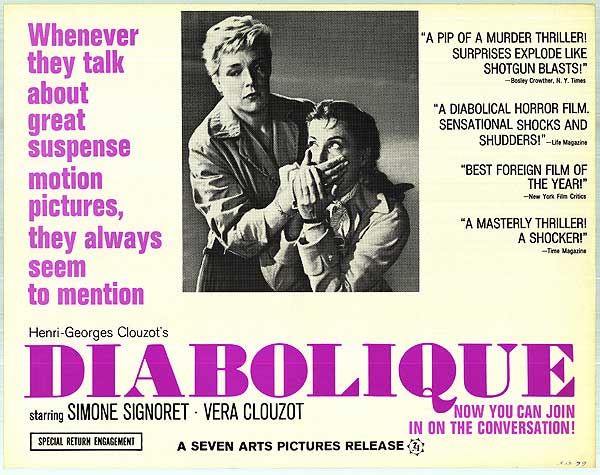 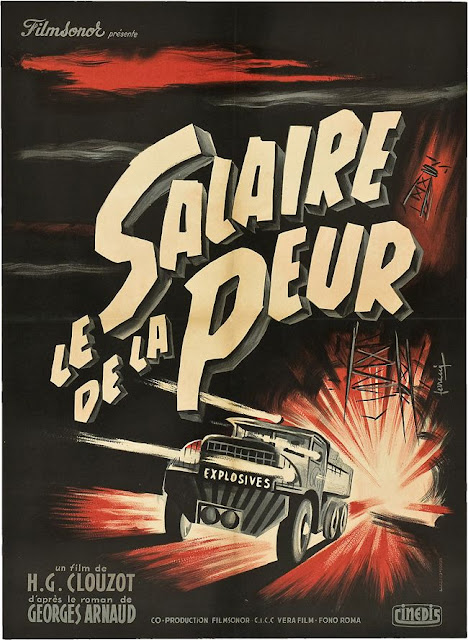 The Wages of Fear (1953)
Wednesday 6th & Thursday 7th @ 4:50pm & 9:35pm (2hrs 11min)
Adventure/ Drama/ Thriller (IMDB)
A group of misfits volunteer to drive truckloads of nitroglycerine through the treacherous mountains of South America. Fasten your seatbelts, this one is not for the faint of heart!