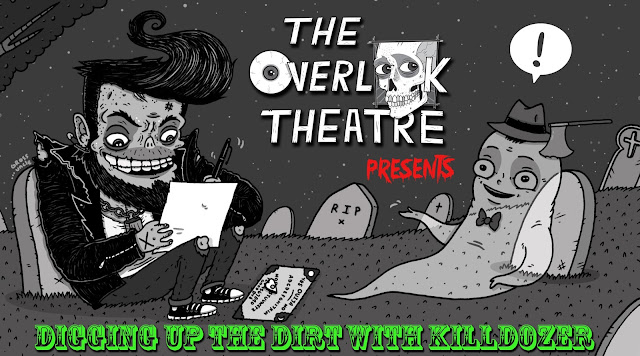 As a true believer in the idea of a "Horror Community" I take every chance possible to spread the word about genre events taking place in our neck of the woods. Sinister Creature Con is one of the few events that take place in norther California giving the local monster kids a rare experience in their own backyard. I never miss this convention as it is one of the most intimate and diverse around (think of early Monsterpalooza if you can). I was lucky enough to dig up some dirt on Sinister Creature Con with one of its founders Tim Meuiner and find out how the magic happens. 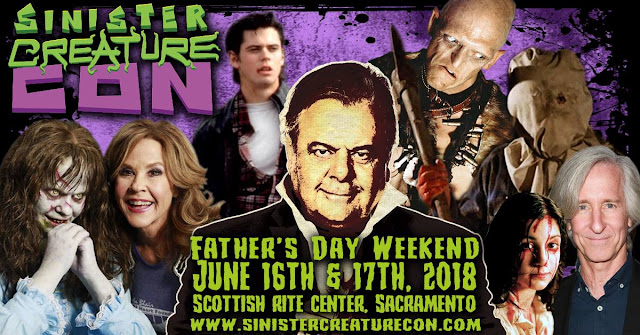 KillDozer: How did the dream that would become Sinister Creature Con begin?

Tim Meunier: I apply the same mantra and attitude to the convention that I do for my horror film festivals (The Love Horror Short Film Festival, The Sacramento Horror Film Festival). I wanted to produce an event that not only entertained but educated and inspired. I wasn't interested in producing a high end flea market or an autograph show. I wanted to produce an event that had nostalgia and respect for horror past but also be a living, breathing entity where you can see live art being produced in front of your eyes.


KillDozer: When beginning to put the convention together did you have an idea of what you wanted to give the horror community that other cons weren't?

Tim: I didn't want fans to get lost in a human zoo hungry for autographs. I wanted to add as many industry make-up artist, illustrators, fabricators, and the craftsmen and woman who make nightmares tangible. While we do place importance on fans meeting their horror idols, we have a huge focus on the artistic aspect of horror. Practical effects, I feel, is what makes horror feel so accessible and fun. Once the horror icons of the past are dead and gone we need an influx of new talents, new ideas, and artist to produce those visions.


KillDozer: Sinister Creature Con is one of the best examples of the diversity and talent in our local horror community. Did you aim to have that focus from the beginning?

Tim: Absolutely. I wanted an eclectic array of illustrators, writers, directors, actors, fabricators, sculptors, idea people, etc. I've seen fans become exhibitors a year after they experienced the convention because they became inspired from their experience and decided to create themselves and put their art out there for the world to see in person.


KillDozer: What can you talk about the stress of putting together an event like this and what the trial and error has been like?

Tim: There's so much competition. Digitally, people can log online and find 100 different events to do on any given day. We have to push hard daily and let people know we exist. On top of that, we have to stay competitive not only with horror con pricing but pricing for events regionally as well. Fortunately I have a great deal of experience programming other events and festivals so a lot of my trial and error has been done in years previous to launching the con. Still, conventions are a bigger beast and it does require a bit more focus to make sure every small detail is covered. Also my staff is very important to me. I want to make sure they value their experience as well. Balancing the check-in aspect with everyone on site, from celebs to artists, to staff, liaisons, and celeb agents, can be difficult to adequately do at times in full.


KillDozer: When choosing guests to appear at Sinister Creature Con do put it to a vote,do you go based on feedback, or you go for people you would like to meet?

Tim: All of the above. Sometimes the guest list you see isn't our first choice. We have to complete a process of eliminations sometimes based on budget, guest availability, and what is practical. Every show, we've been fortunate to have at least one Emmy award winner, one Academy Award winner, and a first-time-to-conventions guest. We do try to think outside the box on some bookings so we aren't offering the same lineup other horror cons are offering.


KillDozer: Now that you have done this a few times do you have any "horror stories" under your belt that you could share with us about putting the convention on?

Tim: We've had some guests that crossed some lines and boundaries. Again, I value my staff a great deal. One make-up artist sexually harassed their liaison and a certain celebrity was intoxicated the entire weekend and made life difficult for their handlers and airport pickup liaisons. With all pitfalls comes a learning experience. We use these experiences as teachable lessons. Even the bad experiences teach me how to become a better show runner.


KillDozer: What do you hope the convention goers will receive out of a trip to Sinister Creature?


KillDozer: What has been the most interesting panel happen at your convention?

Tim: Personally, all the panels are interesting. I love horror culture and arts. But if I had to speak to fan feedback, Jason Baldwin, of the West Memphis 3, had one of the most powerful panels to date. 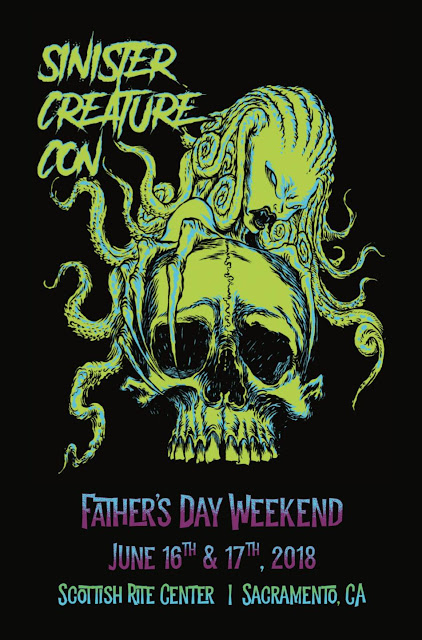 KillDozer: Where did the name Sinister Creature come from? What names didn't make the cut?

Tim: I wanted something with "Monster" in the name, but there's already several that have that. I think "Mayhem & Make-up" was a name at one point but we ditched that quick. I can't honestly remember when the name hit me, but when I brought it up to my team they sunk their teeth into it fast and gave me the green light.


KillDozer: When did your love of horror begin?

Tim: I was an avid Freddy fan as a kid and I rekindled my love for horror in my early 20's with Sam Raimi's The Evil Dead. I was a filmmaker at first and then I switched gears to produce the Sacramento Horror Film Festival which is now in its 12th year.


KillDozer: Is Sinister Creature a group effort? What is the group involved like? Do they all have a love of horror?

Tim: Absolutely. Our group is very inclusive. Many creeds, cultures, sexual orientations, ages, gender associations, skin colors, etc. I'm not certain if they all have a love for horror, but we also dabble in the cult cinema markets as well such as The Rocky Horror Picture Show and REPO! The Genetic Opera. Our shows usually have a little bit of something for everyone. A good number of our staff are also our performers for the variety shows we produce during the film festival events as well as the shadowcasts of the aforementioned cult classics we screen annually.


KillDozer: What other events are you a part of and where can people go to follow all the amazing things you are working on?


KillDozer: Okay time for a few fun/silly questions! What is a non horror film that you are almost too embarrassed to admit that you love?

Tim: I wear my love for horror schlock with pride. I adore TerrorVision.


KillDozer: If you could bring back someone from the dead to appear at your convention who would it be?

Tim: Knee jerk response goes to Vincent Price. We are very fortunate to have his daughter attend our convention this June. Second choice would be Lon Chaney. Close third is Wes Craven.


KillDozer: Whats the worst remake of a horror title you have ever seen?

Tim: I think the ball was dropped hard with Nightmare on Elm Street.


KillDozer: What is your favorite piece of horror memorabilia that you own?

Tim: Despite popular belief, I don't own much memorabilia. I even rarely walk away from my own conventions with autographs as souvenirs. I'm BAD at it. Instead I value the memory of it all. I do have this small die-cast toy van from Blair Witch 2 that I'm quite fond of. I also have a promo bill used for the Japanese promotion of REPO! The Genetic Opera that was signed by Bill Moseley and OhGr.

Sinister Creature Con is just one week away! Head to the convention's site to see their guest line up and some of what's in store. And if the ticket price seems daunting, head to Groupon to get them half off for a limited time.

And we're also a month away from the Love Horror Short Film Festival, so mark your calendars! 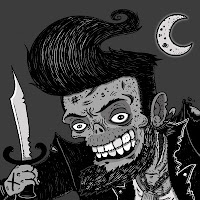