Ibitsu: A Manga to Keep You Up at Night 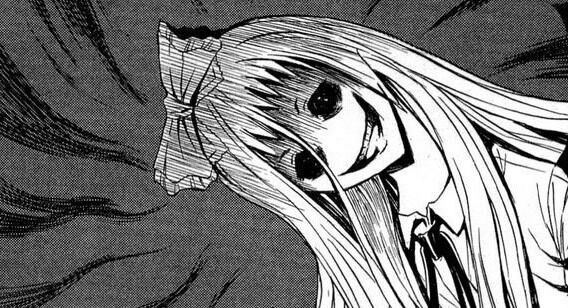 Late last night after I returned home from work I was reminded that I needed to write something for this week. As I haven't really watched any anime over the last three months or so and I'm steadily running out of things from my past, I asked my sister for something weird to check out this week. Boy oh boy did she deliver. She told me I should read this manga called Ibitsu because it's only about 13 chapters long and seemed perfect for the blog. I read the manga last night and I woke up today still creeped out by it and hoping the scary girl featured in it wasn't stalking me.

Basically Ibitsu is about this guy who lives alone and has a problem with remembering to take out the trash. One day his sister reminds him that he needs to take out the trash or else their landlord is going to yell at him and potentially kick him out. So he diligently heads outside in the middle of the night to their trash drop off spot and to his surprise he finds a strange girl sitting among the garbage. He initially intended on approaching her to see if she was okay, but she turned and asked him a question instead. She asked him if he needed a little sister and because he had one he responded no and walked away. Turns out the correct thing to do in that situation was to just walk away without responding because he encounters the girl again and this time she makes him invite her into his house so she can wash her creepy stuffed rabbit. Later he finds out that all of these events correspond with an urban legend. The legend says that if you meet a girl dressed in lolita clothing asking about your sister and you answer her she will become obsessed with becoming your little sister, will kill your family and also give you a twisted death. So a bunch of things happen, the main guy tries everything to get this girl to leave him alone but she is insanely persistent in her pursuit of him. His loved ones are killed, he is imprisoned, we think we know who she is, then discover nobody knows what she is, and all hope is lost. 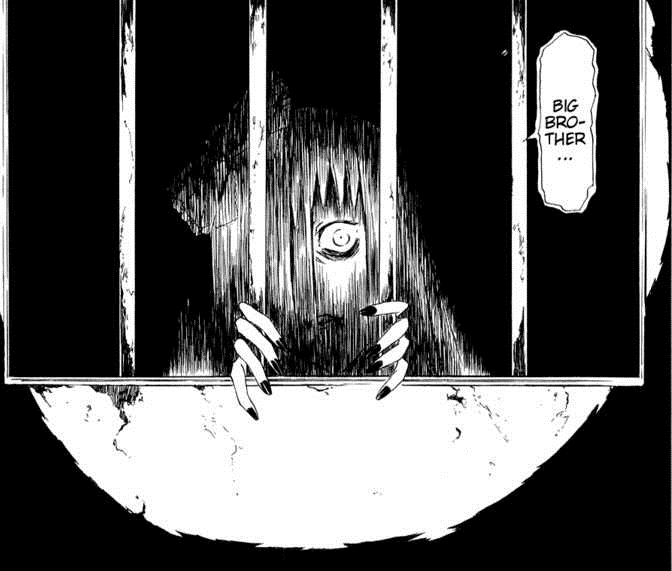 What I really liked about this manga was how creepy pasta-esque it felt to me. It was a short read, but long enough that I was getting more and more disturbed as things progressed. It felt like something that could be this weird viral legend somewhere on the deep webs of Japan. (Which it kind of was in the manga). It amused me that they turned the trope of the kawaii little lolita sister into something absolutely terrifying. I can't imagine anyone ever wanting this monster to be their sister. Also can I just say that I think this is the first manga I've ever read where I had to cover my eyes because of how gross the gore was? There's one part where the lolita goes into a school with a sledgehammer to beat someone to death with it and they actually illustrate the victim's leg getting all twisted. It was just so gross. There's also another part where the lolita is getting angry because the main guy's actual sister is talking to her about her memories with her brother and she starts stabbing herself in the leg with a fork and clawing her face off. It's so gross!!!!!! After I finished reading this I wanted to go up to my sister and ask what was wrong with her. There is really nothing pleasant about this whatsoever. All I felt while reading it was constant dread for everyone involved. There's even a dog death early on and as soon as it happened I was inwardly trying to find reasons to keep reading past it. I do have to admit that it was a really great story though. The ending gets so twisted and shocking that I was in a state of disbelief a good ten minutes after I finished it. It really is creepy and disturbing. I want to post about what happens but I can't even really explain it in a couple of sentences and I wouldn't want to spoil it for anyone wanting to check it out. I really hate the lolita girl but I also thought she was a great villain and like nothing I've seen before. If you find yourself up at two am and wanting to creep yourself out, then definitely give this a read!!