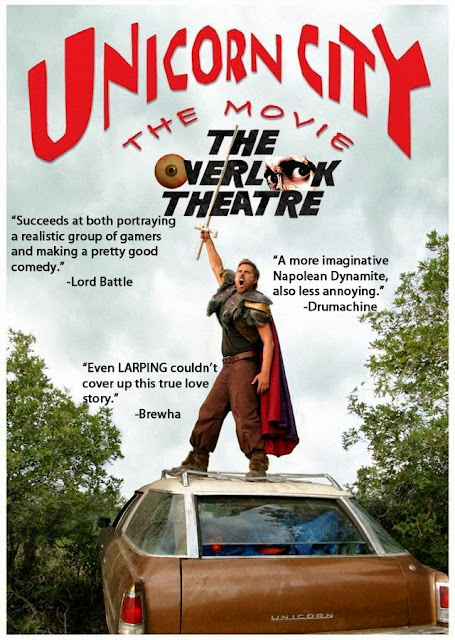 Lord Battle - ""Unicorn City" succeeds at both portraying a realistic group of gamers and making a pretty good comedy. And I thought that was impossible." - 3 1/2 Stars

The Berkeley Blazer - "Charming and poignant,  and surprisingly appealing out-side of it's niche-genre focus. Believable looking actors who add to the legitimacy of the world make this unique among nerd-themed comedies." - 3 Stars

Huntress - "I got more than I was expecting from this... But I think once is enough for a while." - 3 Stars

This film was screened with "Wild Hunt." I'd highly recommend watching these films, they complement each other like a film yin-yang. Seriously though, I have seen many table top game movies and 99% of the time they leave me angry. I can honestly say this is the best nerd based table top focused film I have seen, not that it means much.

*Based on the star ratings turned in by character reviewers, others viewed and got to "Dislike" or "Like" but that does not effect the rating.
Posted by Lord Battle at 11:56 PM