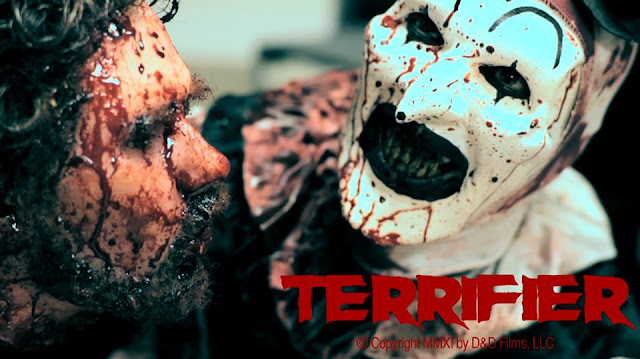 It was another weekend in 2014 when Lord Battle and I were paroozing the selection of movies at Amoeba on Haight street. Or was it one of the few F.Y.E. stores that are still open in the bay area? Either way, that was the first time I met Art the Clown. His face was on a DVD cover among the other titles, slightly raised off of the movie's slip cover. I picked it up and judged it by the cover: the clown was definitely creepy and had personality, but killer clown movies seem like such a gamble. The movie looked like it may be found footage too, which I enjoy but has also become a gamble due to over use and abuse. I almost put it back but something about that face... from his yellowed teeth and withered cheeks to that wart-like dot on the tip of his sinister pointed nose. Okay, he was more than creepy. And if this whole movie sucked but revolved around him I decided I'd be okay with it. Plus it was cheap, so I held onto it. 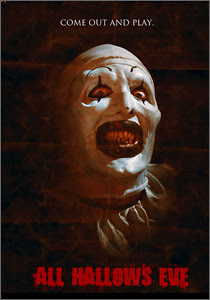 All Hallows Eve ended up making in onto the Overlook's Best Horror of 2013, so I think getting it was the right choice. Art, however, did not have anywhere near the role that I suspected he might. He actually lurked throughout the film, not really in the spotlight, despite being the face of the cover. And I finally know why.

It turns out, Art the Clown started out being the star villain of his own movie. Well, he was supposed to be. Director and creator of Art, Damien Leone, made a short version of his ideal movie and put it on youtube in hopes of getting the attention of a producer interested in funding the feature length version. And his plan worked, but not exactly the way he wanted it to; the producer who answered the short's growing popularity wanted to incorporate Art in a film, but in a much smaller role. Leone still jumped at the opportunity, and that is why we now have All Hallows Eve.

Well now Art's rightful place in the spot light is going to be given to him, in Damien Leone's new movie Terrifier, which is almost fully funded. This is the film that he originally wanted to make, one that shows you all of Art that you can stand. And he will have much more freedom, since this will be an independent film that does not need to worry about ratings boards and studios, as he reminds us in the campaign video. The only thing this production still needs is that last little bit of budget in order to do things just perfectly, which is why Leone has turned to Indiegogo and the fans for support. In return, he is offering some of the coolest rewards I've seen, putting his skills as a special effects artist to bring original additions to our many collections. I may have to eat ramen for a couple of weeks to afford the one I really want but that's just a necessary sacrifice.

Affordable:
Under $100:
Breaking the Piggy Bank:
Things jump in price pretty quickly from there, but they are all screen-worn props and super limited. Like two of them are being released. And though they are expensive, they are a part of this film. Literally. And if you think about it in terms of screen used props, these numbers are about right.
And of course, as with crowd funding campaigns, there is that one enticing perk that is out of most people's price range. Terrifier has that very thing...
Honorary Mention:
If you have $3500 to spend, you can pick any way you want to see Art dispose of a bystander. This short will be an extra on the DVD release and will be dedicated to your sick little self.

Head over to the campaign page to read up on all the other perks you have a chance to grab before they're gone. It's raise over $800 in four days and there are 27 days left. 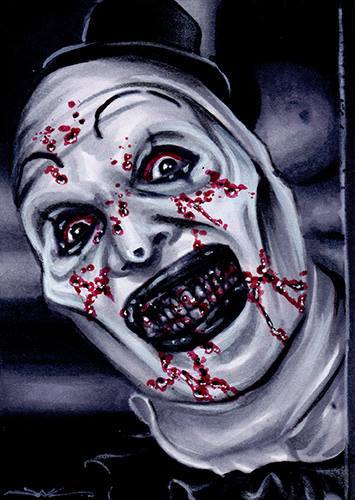 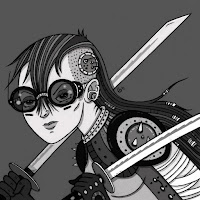