Happy belated Halloween! I hope everyone got to take enough advantage of the cool events surrounding this great holiday to tide them over until next year. Personally, I feel like I have some making up to do, but one event Lord Battle and I made sure to attend was held at the historic Balboa Theatre, which is notorious for hosting awesome, underrated events. This time around it was called Spooky SF. 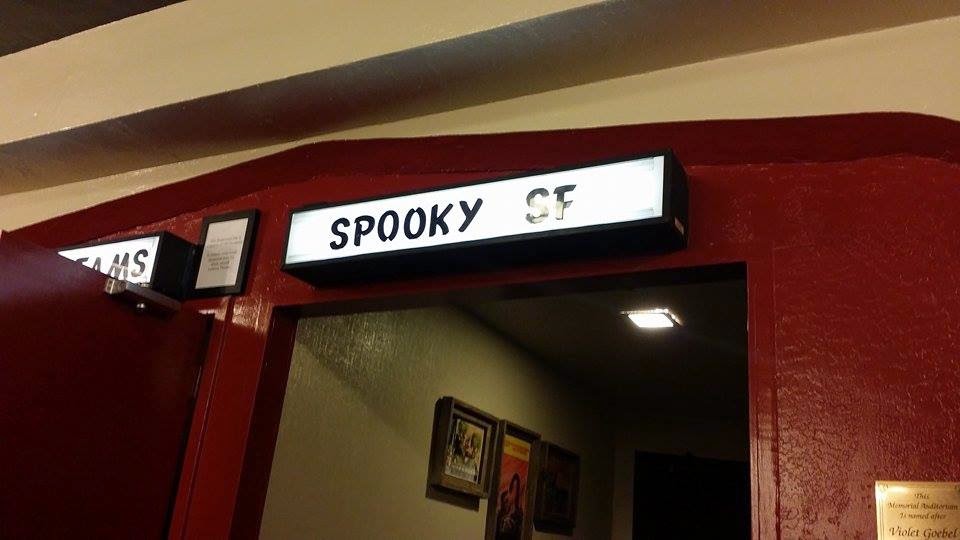 The night was hosted by two film makers, whose short film was incidentally included in the lineup. (They were also representatives of Western Neighborhoods Project.) They started off with a couple of animated musical shorts, the first of which was the Monster Mash. I realized that this was about to be the first October in years that I hadn't heard the timeless tune and was excited to see the accompanying video for the first time. Next up was a musical cartoon that I believe was called The Skeleton Song. It featured gang of very malleable skeletons dancing, removing each others bones and throwing their skulls all over the place. That sounds violent but it was all done with boney smiles :) 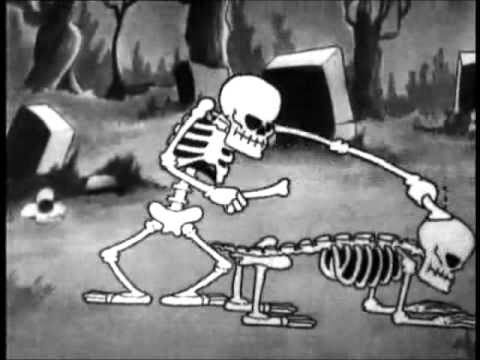 The next animation was Minnie the Moocher, starring Betty Boop. It was strange to see this now hyper-sexualized character portrayed as an innocent naive girl who runs away from home because her parents aren't so nice when they try to get her to eat her dinner. 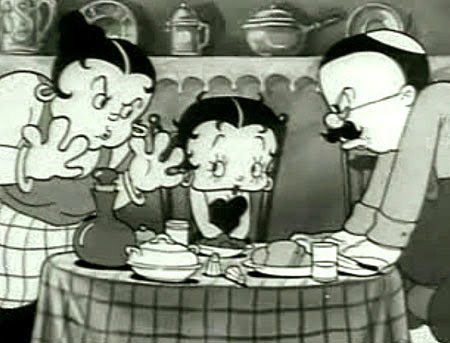 Some of the scenes in this cartoon would never be able to make it into a children's show today... 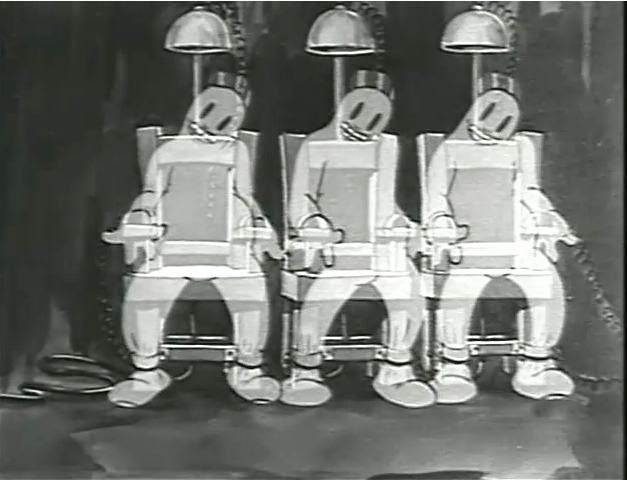 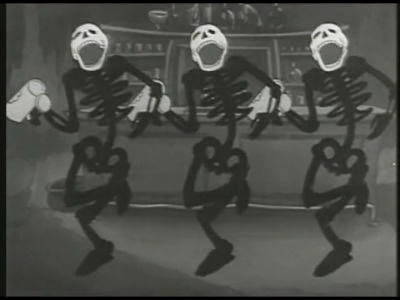 There was a brief commercial break after this featurette; of course it was decades old and warned the public of the evil intentions of cable TV.

This was followed by a short comparison of scenes from the 1953 movie, The Sniper, which was shot at various locations around San Francisco, to the locations now. Most locations were still there and could potentially be visited, but there was at least one place that has since been demolished. All of the stairs that the main character stalked and ran through can still be found in San Francisco. I felt a little strange getting bay area pride from this mini feature but I do love this city.

The short played next had a weird story behind it; it was found in the basement of an old house and could not be fully explained. The camera followed two young guys around a cemetery that is no longer there, as they explored all the different mausoleums and structures that the overgrown location had to offer. There was no dialogue to explain if or what they could have been looking for, or if they had any kind of goal. Still, this was a fun adventure to accompany them on so many years later. The fun stopped when a pair of strange hands reached out of one of the seemingly lifeless structures and tried to grip one of the visitors.

The main feature of the night was next on the playlist. Actually, there were two films with similar subject matter but differing degrees of research. The first of these was the short filmed by the hosts of the evening. I'm not exactly sure of the title but they visited some of the same locations as the main feature, A Second Final Rest: The History of San Francisco's Lost Cemeteries. The filmmaker, Trina Lopez, was also in the audience and answered some questions afterwards. This film was the cherry on top of a heavily San Francisco oriented history night and was packed with bizarre stories from various people involved in the relocation of four sizable cemeteries that used to be in the Richmond District of San Francisco. 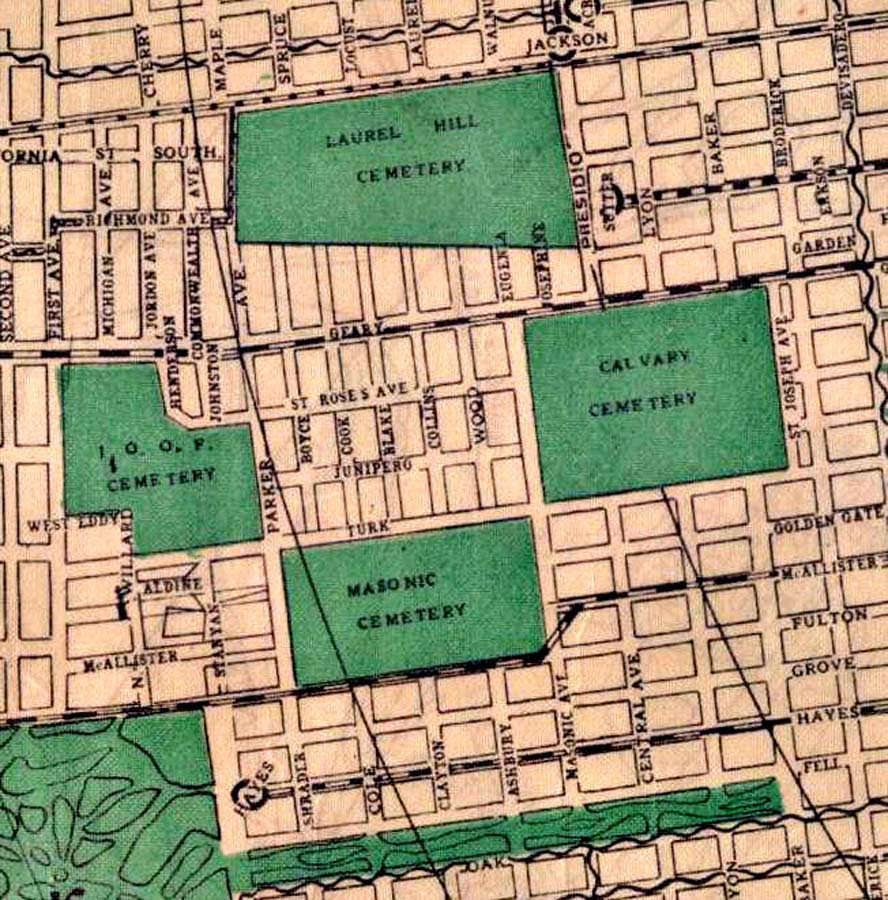 During the gold rush, San Francisco collectively decided that it could not waste such prime real estate on the dead and outlawed burials within the city limits. This also meant that those who were already buried there had to be moved so the large space they took up could be re-purposed and made lucrative to further the city's development. Trina was able to hunt down people with first hand accounts of living in the city before the presence of cemeteries was considered a waste. She also found people with first hand accounts of the relocation process; the unclaimed dead who had to be placed in a mass grave, leaving their tombstones behind, and the financial misconduct that resulted in bodies being partially moved, partially left in the ground to become a part of the new structure that was built above.


One of the other shocking aspects of the whole process was what happened to the ornate tombstones that were left behind. Many of these became the foundation and decorations that can be found in many public parks and piers around the city. You can find all the information you could ask for about this great film at the film maker's website, including where to purchase your very own copy.

One thing that came up in the Q and A portion of the night was Trina's inspiration for the movie. She told the story of sitting in a friend's house one day and looking through their bookshelf, only to stumble across Dr. Weirde's Weirde Tours: A Guide to Mysterious San Francisco, which I think is exactly what the title makes it sound like; old and spooky stories about San Francisco. One of the hosts added in that it was about 20% true. Be that as it may, this book was the inspiration for Trina to move to the bay area to look further into the subject of cemetery relocation and make this film. This screening marked the 10th anniversary of the first public screening ever and another shining example of why I love the Halloween season!