Cannibal Holocaust at the Clay Theater

Last week, a small portion of the Overlook citizens took a very controversial field trip to see a midnight movie. Three out of the four attendees had not seen the film before, but all were to some degree aware of its reputation. I doubt any of us knew what to expect.

The movie we saw was Cannibal Holocaust, an almost complete mystery to me aside from its name, a very general outline of the story, and one iconic depiction of a moment from the film. I had also heard two things about the movie in question: that the director went to jail for making it and that all of the animal deaths filmed in the movie were just that; the animals were actually killed on camera. This night turned out to be a very informative one, as one of the actors, Carl Gabriel Yorke, was present before the screening to sign things and answer any questions the audience and host had. All except questions regarding the jail time rumor, that is. To that he gave a reserved "That's the one thing I won't talk about," response. But no matter! Because he really did address anything else the audience asked about. But first he brought out a large pole and called a previously selected volunteer onstage. The pole, he said, was the one actually used in the film and in the quintessential Cannibal Holocaust imagery. Oh and speaking of which, he was going to recreate that exact moment for us for the first time ever! His very excited volunteer was carefully put into position and unveiled to a wave of applause. 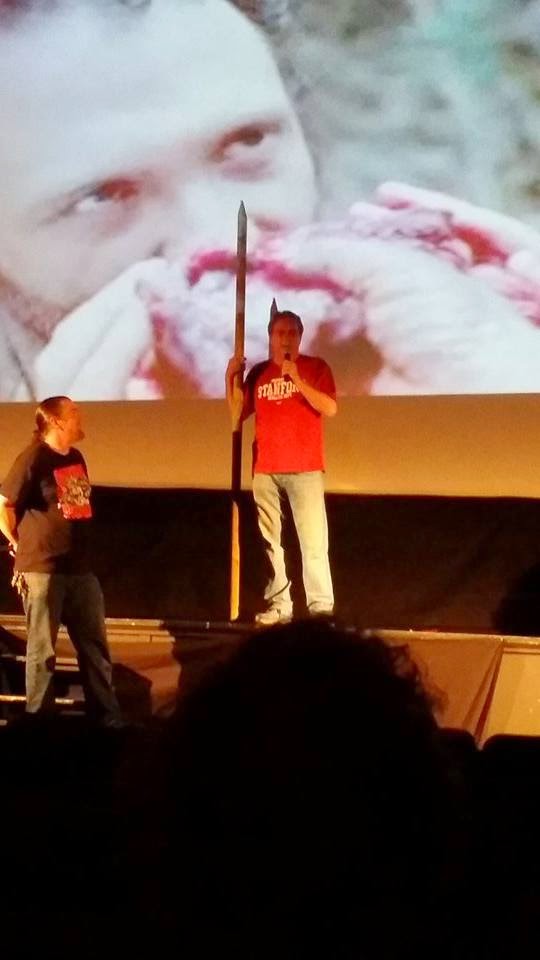 Then came several waves of questions. No, he didn't know what he was signing up for and didn't look too far into it because the words "We want you in our movie" were motivation enough. No, he was not present for the "turtle scene;" he was replacing someone who had backed out of the movie and he wouldn't have wanted to take part in it anyway. He did not see an actual script until he had already flown to South America and gone too far to turn back. He was also unaware of the director's previous works. He said the way he ended up being a recast participant in this film experience was not based on acting or education; since there had already been someone selected for the role, the costume had already been fitted and purchased. Carl Gabriel Yorke was selected over another actor because he had the same shoe size as his predecessor. He talked about the implications of being in the film and what wanting to show it to other people must say about you as a person, but it's late and I don't want to misquote him. I will say that he had a very good sense of humor.

Even though none of the scene references made sense or held any weight to me at the time, I still wanted to ask him something, but just as I built up my nerve he declared an end to the questions and commencement of the film... which was in the clearest form that has ever existed thanks to some new restoration process. So all the gritty bits and gore were in spine tingling definition.

This was one event we made absolute sure to arrive early to. When was the next time we'd be able to meet someone who was involved in the making of Cannibal Holocaust, or who was in it for that matter? But we failed to locate a copy of the film before every appropriate store in San Francisco and the bay area closed for the night, so we brought a fitting backup in case the film was not being sold at the theater. Luckily, it was but we could not pass up getting the backup signed as well. 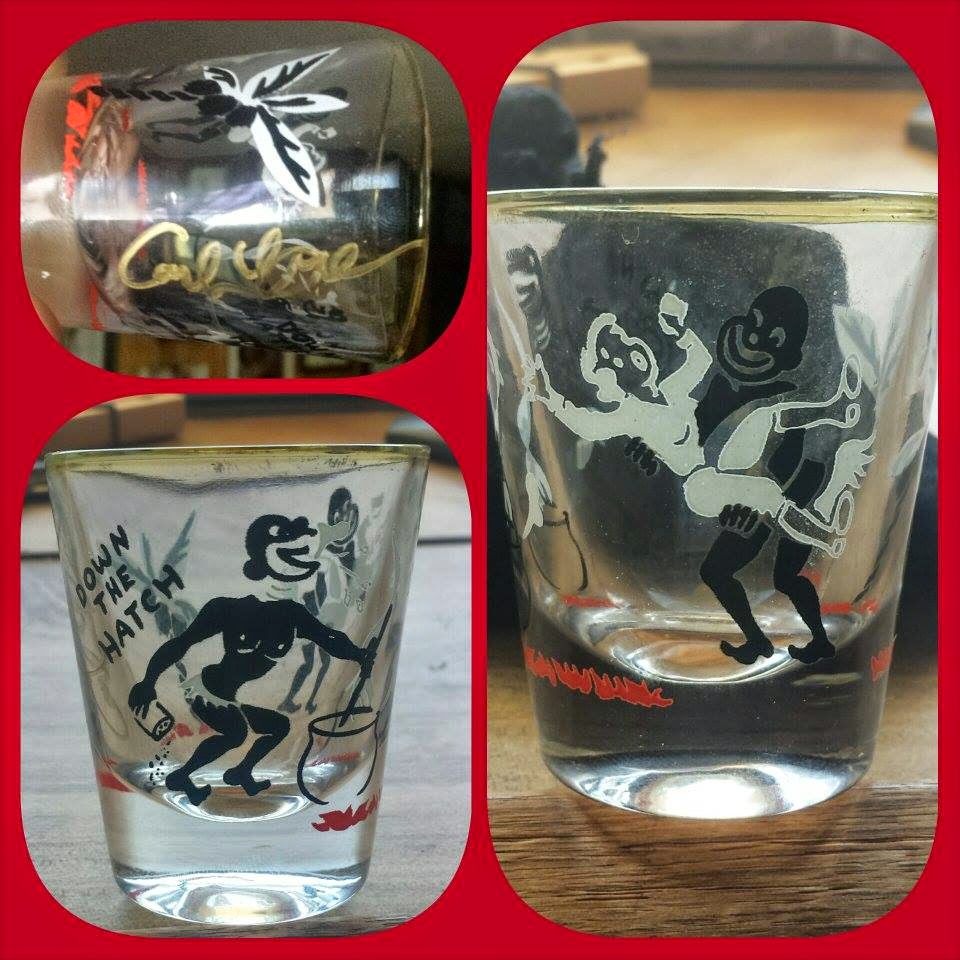 Check out the other awesome midnight screenings The Clay Theater offers below! 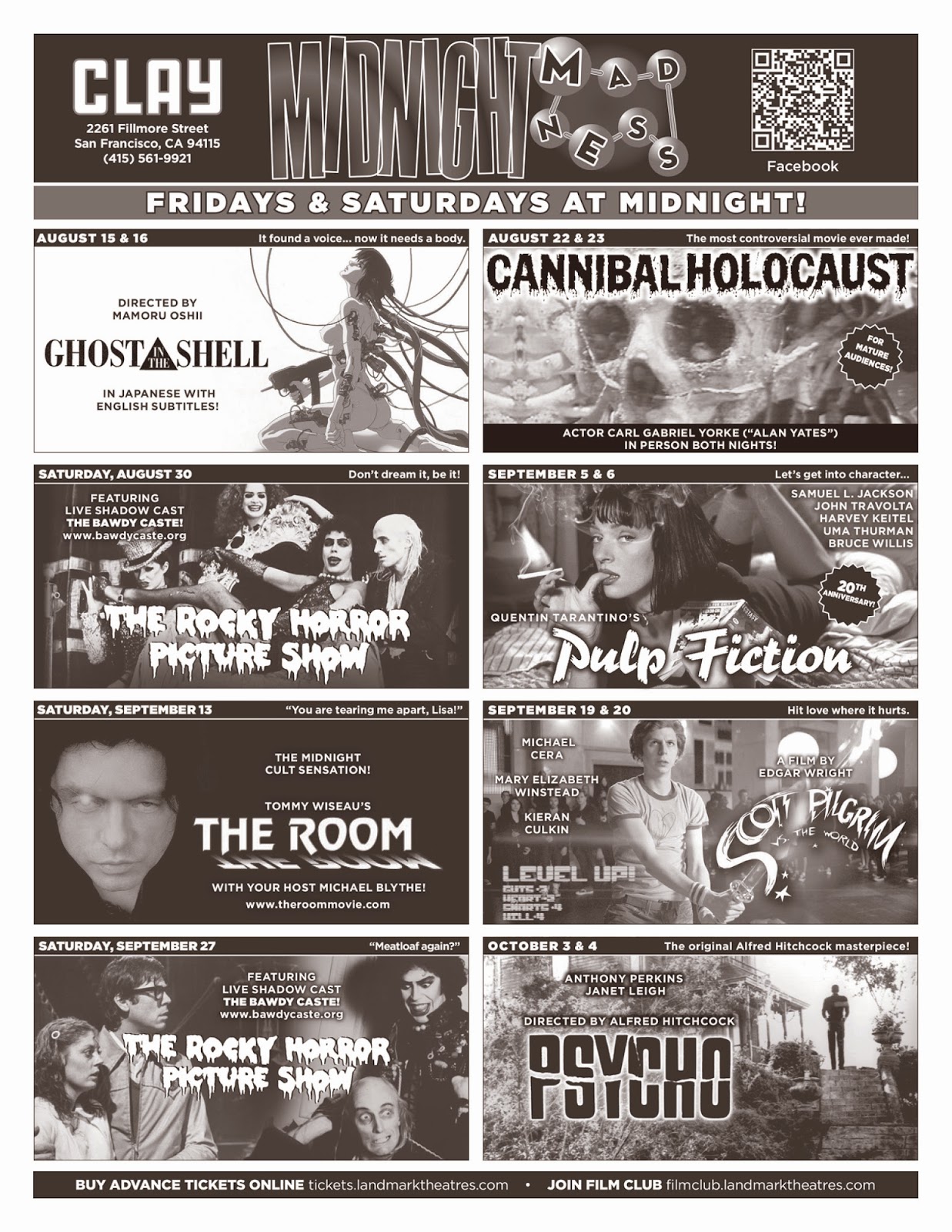