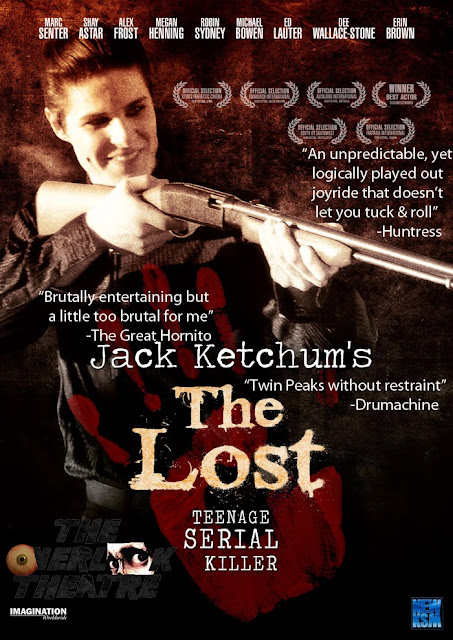 Huntress - "An unpredictable, yet logically played out joyride that doesn't let you tuck & roll". - 5 Stars

The Great Hornito - "Brutally entertaining but a little too brutal for me". - 2 1/2 Stars

Lord Battle - "Combine a true story, gore, David Lynch, and horrible cover art. What do you get? An awesome film no one will ever see. Change the cover art! Or atleast advertise Lucky Mckee as a producer, that alone would have got me!" - 5 Stars

If you're a fan of David Lynch and enjoy film theory, check this one out ASAP.

*Based on the average of citizens ratings only.
Posted by Lord Battle at 4:32 PM